That is actually hard to tell. There could be a connection to Indian soup as well. 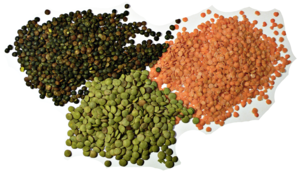 In Indian cuisine, dal (also spelled daal or dhal; pronunciation: [d̪aːl]) are dried, split pulses (e.g., lentils, peas, and beans) that do not require soaking before cooking. India is the largest producer of pulses in the world. The term is also used for various soups prepared from these pulses. These pulses are among the most important staple foods in South Asian countries, and form an important part of the cuisines of the Indian subcontinent. The most common way of preparing dal is in the ...

You look lonely
Open, cycles, 256 samples, open denoiser, rendertime <1min., all made in blender except the joi and k are from a screenshot. 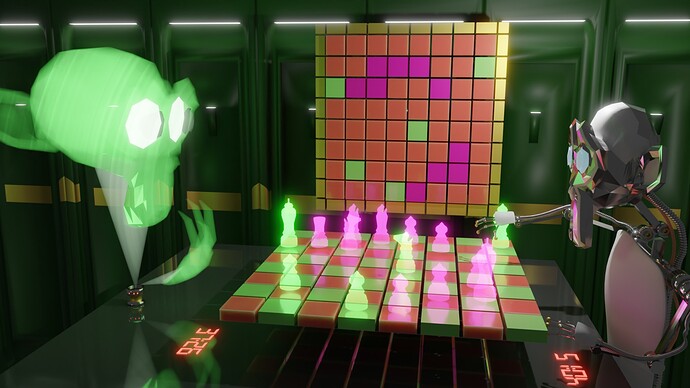 If a wookie can play holographic chess, so can a monkey…

I guess, holograms don’t pull people’s arms out of their sockets when they lose. 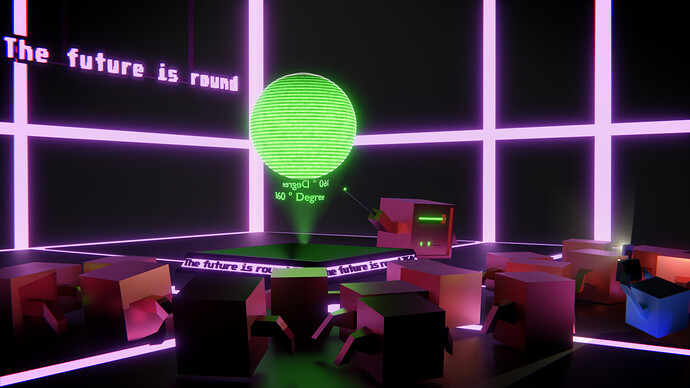 I’m calling it: The Bounty ( addons and smart materials used, so I think open, but all Blender with no post processing ) 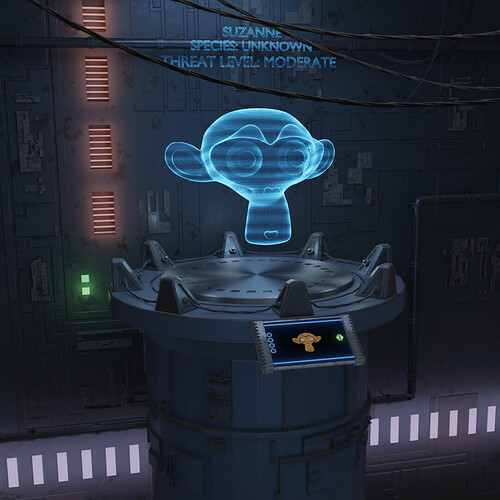 I found this - from a video on how to make transparent glowing objects.
(Forgot to bookmark) 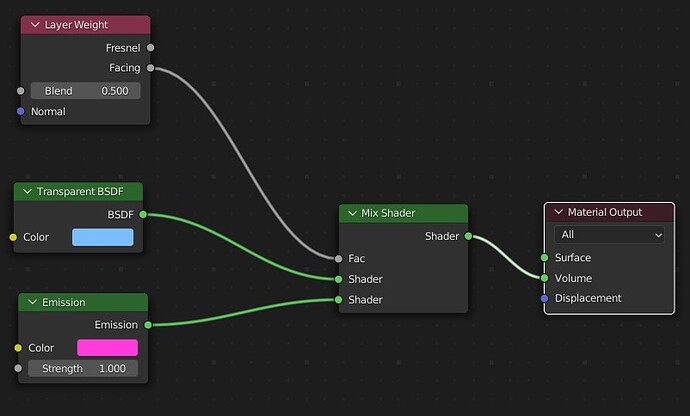 And then this - how to make emissions glow with a halo…

So… we learn something new every week…

It appears I got my submission in just in time. There are hints of these rings in my submission(3.2, I think?). After upgrading to 3.3, a Cycles render gives this result. At first I thought the rings seem to be centered on a point light over the robot head. But I move the point light with no change - they a “camera” artifact centered on the lens direction? Maybe the idea is you can tell the version of the Blender install by counting the rings? 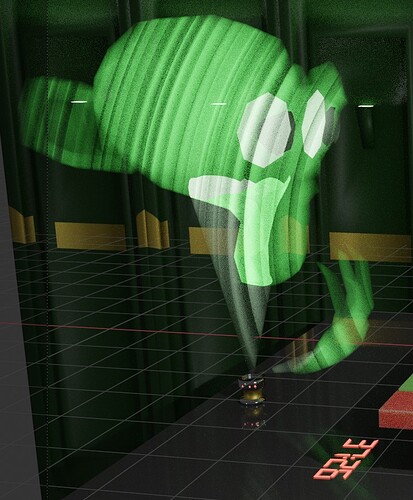 Unless you actually uninstalled 3.2 it’s probably still in your blender foundation folder.

After upgrading to 3.3, a Cycles render gives this result.

In order to sort this one out you could download the portable zip versions of Blender 3.2 and 3.3 from here: https://download.blender.org/release/

Those don’t need to be installed, so you can have several versions running on the same system at the same time. If the issue persists, this could be worth reporting it as a bug.

I think the default behavior of the installer these days is to make a new folder and leave the old one in tact, so if on Windows, there shouldn’t be a need to use a separate zipped version.

I didn’t know that. Disk space must have become quite cheap over the past few years.

I’ve been using the portable version for years now, but I’m running it on Linux anyways. 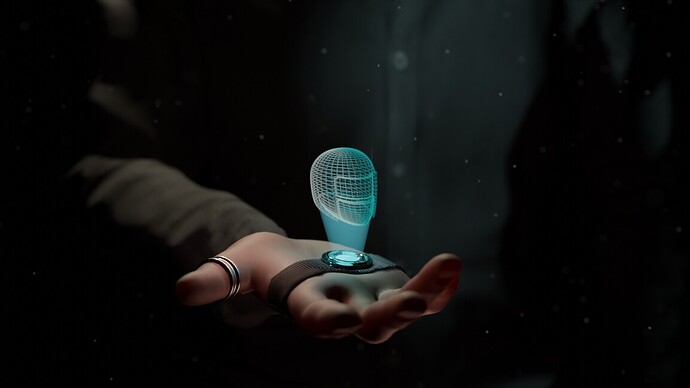 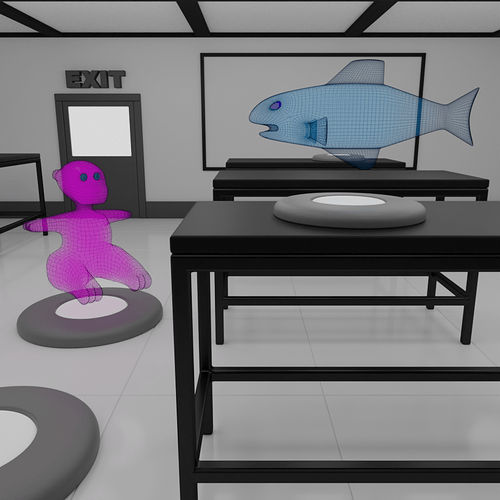 Made the holograms a little more holographic. 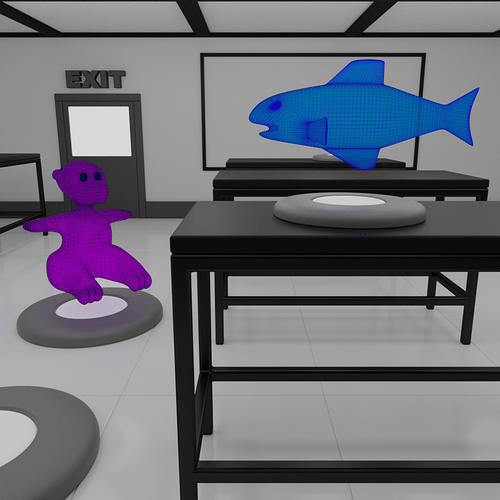 Pure entry, made in blender 3.3 Cycles. I put more work into the context than the holograms themselves. I wanted to capture the scientific aspect of the topic. 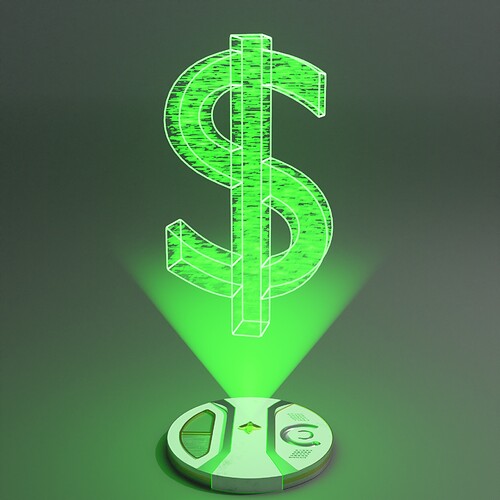 HologramFinal1920×1920 368 KB
Pure
Definitely should have used transparency instead of volumetrics, because it took an hour and a half to render, and doesn’t even look that good. It’s already hot here, I don’t need my laptop getting literally hot enough to burn me. Still fun prompt though. 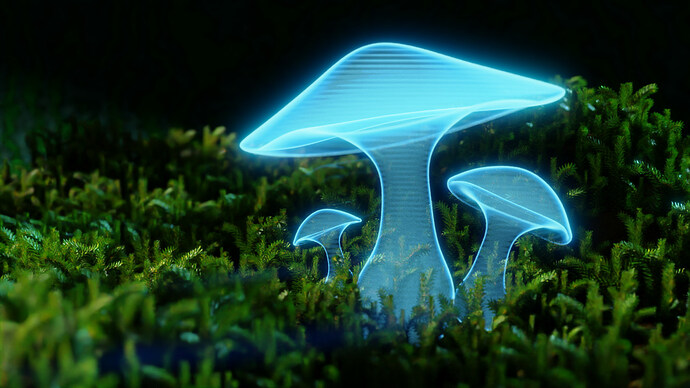 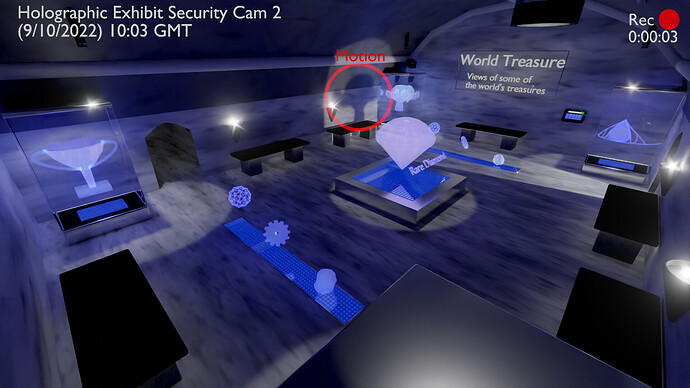 A thief with the shadow of Suzanne is robbing the museum! Except there aren’t any treasures to steal because they’re all holograms.