Man on the rope “on the sky”… Cartoon stylization.
OPEN entry. 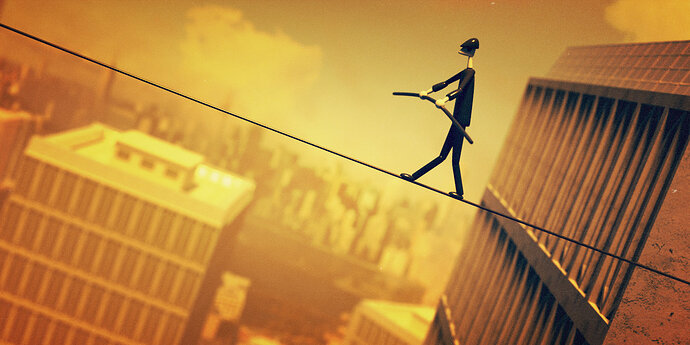 Can’t participate this time but I would make a snail with bike or skateboard helmet heading toward a jump ramp.

this version of render is non-competing , man is from makehuman… 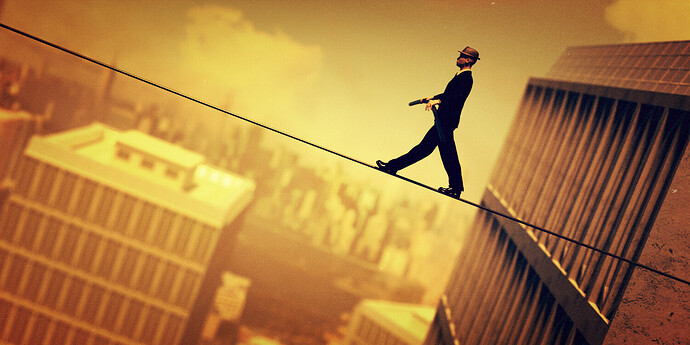 I really like the details and colors of the background in this version. Perhaps you could add it to the cartoon version?

Thank you very much for advice. I updated first cartoon contest render. 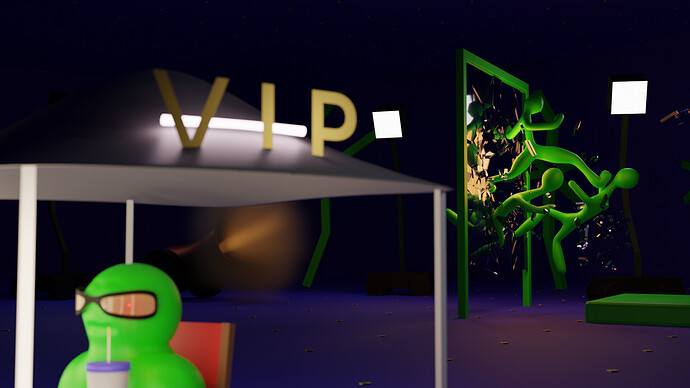 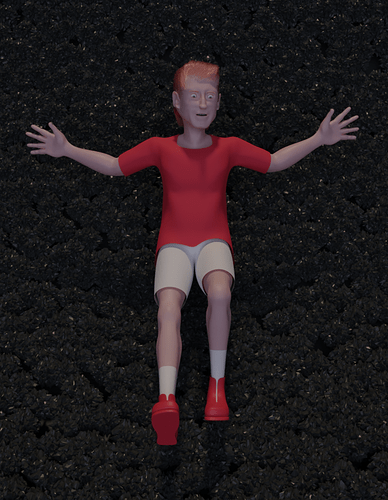 Dive
Pure, cycles, 32 samples, toon shader, optix denoiser, rendertime <1min., all made in blender, tried to water color it in krita but my skills lack there so just a simple coloring in blender which is simple but makes a point. 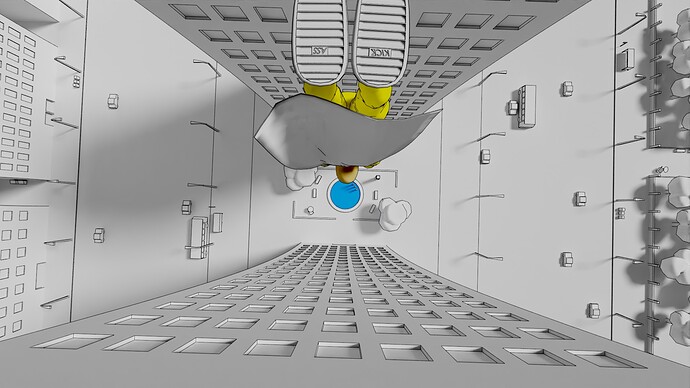 Please i have one question. If i used background image to totally background of my entry. Is it pure or open entry?

Even for ‘pure’ entries, using a background image is fine as long as it isn’t the main focus of the image. It wouldn’t be fair to just enter a photo.

(For ‘open’ images, this doesn’t matter at all.) 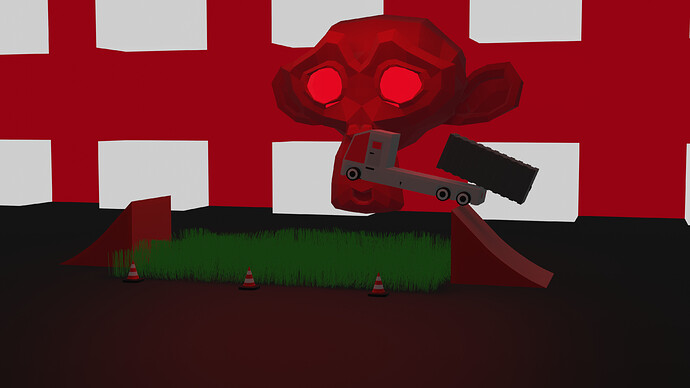 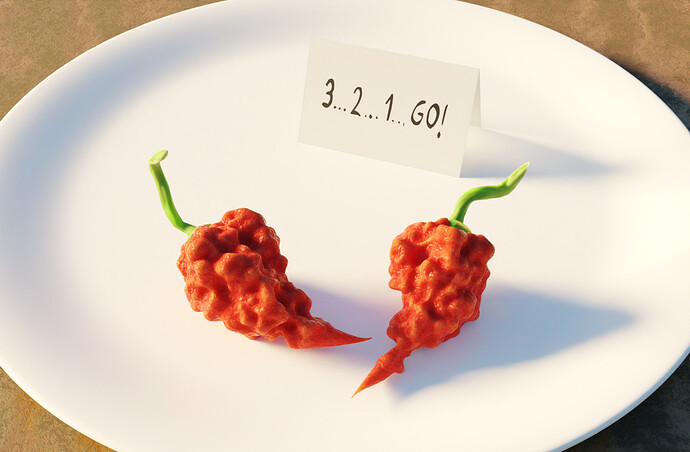 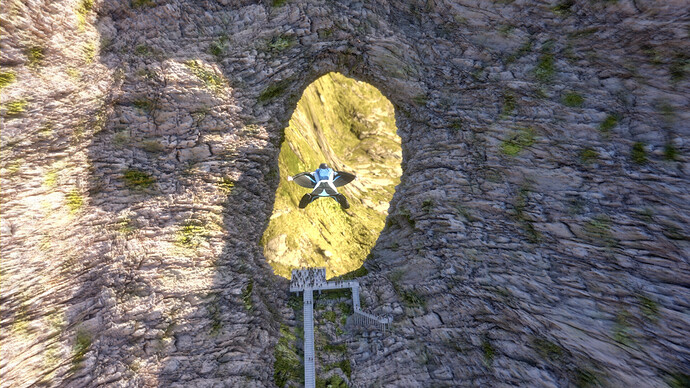 It’s been a couple years since I last participated. Had to relearn everything, including how to post. 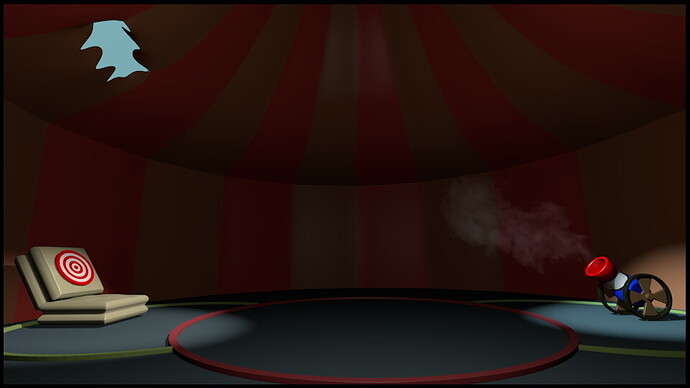 It’s been a couple years since I last participated. Had to relearn everything, including how to post.

If you are going to relearn everything, this might be a good opportunity for switching to Blender 3.3 (if your hardware supports it).

Pure. The Human Cannonball! I see at least one other had a similar idea. 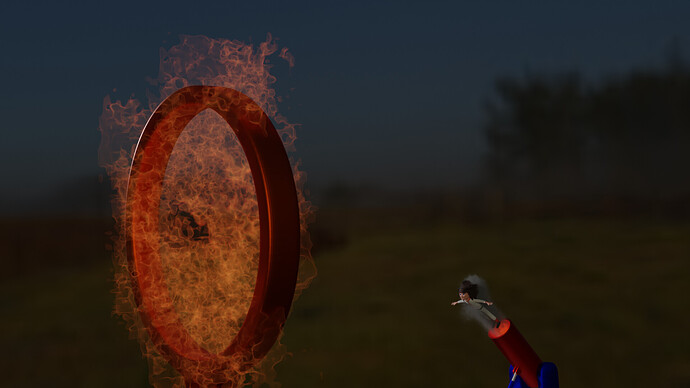 Nice to see you are still hosting Helge.

Unfortunately I am still using the same 15 year old Computer I was before, so anything 2.70 and beyond is out of the question for now.

Huggies,
My human canonball was my third idea. I started with a high dive, then a Hot Wheels stunt track but quickly realized I need something basic until I get my chops back.

Surprisingly, now that my daughter just left for college I find I have more free time than I used to. 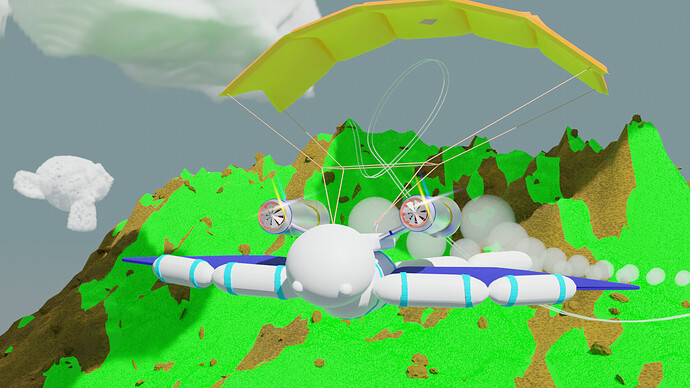 The character base, cloud generator, and sky background are from other projects.

The daredevil explorer and pilot, Mr. Balloon Man, is testing a new flying contraption. He crashed the first time, but he’s trying again, this time with a loop-de-loop.

Suzanne cloud: Why aren’t you wearing a crash helmet?! 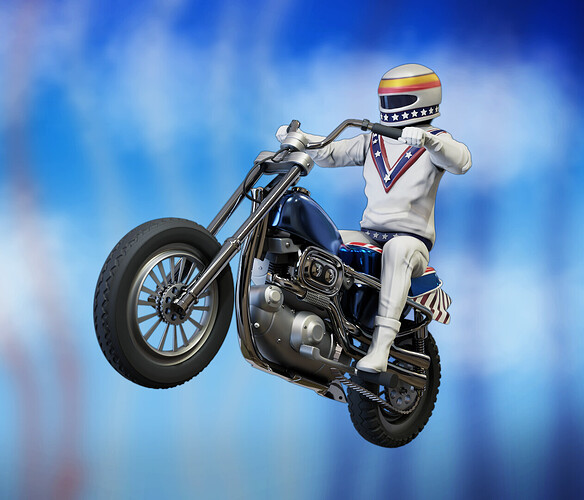 The motorcycle was some good hard surface practice, although I’ve never modeled a motorcycle before so it took me a couple tries. The sculpt of Evel himself is pretty simple, and the background of his red, white, and blue smoke machines and the clouds is just a simple painted plane with some vector displacements using perlin noise.

Great entries so far! My personal favorites are @Gismo_Wander and @Helge. They’re both very out of the box compared to the rest of us and I’m a pretty big fan of the composition on both!

Helge is a great example to me:
His works are always clean and so creativ. It’s a great honor for me to hear my name this way alongside with his name.
Probably more than it should do.