placeholder
wait - is it ok to use suzanne in the WCs?

sure suzanne is the subject of many wc images.

I’ve never done one of these weekend challenges before, but it sounds interesting. Is this animated, or still shots?

Pony Space Station - Get Yours now!

Made in Blender 2.42a. Note that I used truck and trash can models from my SMC entries. 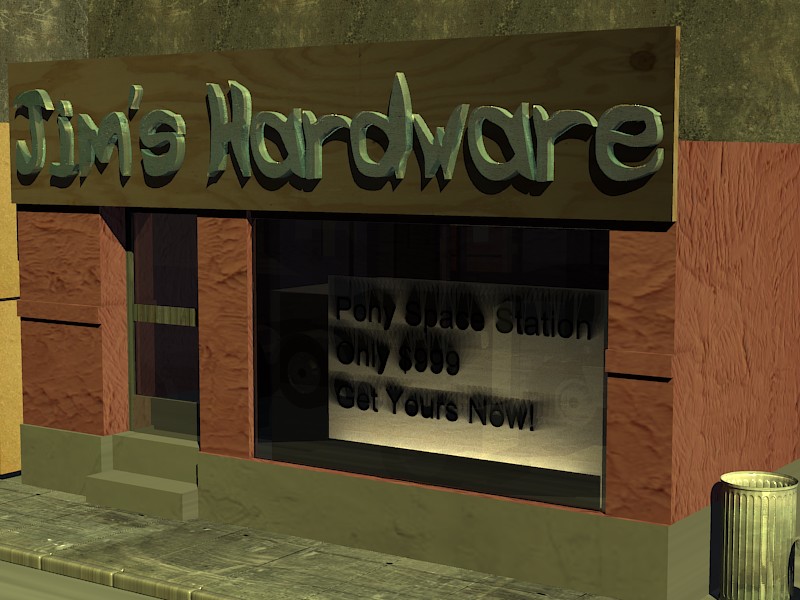 I guess ill enter, its my first time though. How strict is the theme? Is it just kind of a common starting point to get ideas going, or are isnt it gonna be one of those “this ones not a space station, give it a zero” kind of things? And can we post more than one render of the same scene?

Almost done with mine btw.

UnknowVector: The theme is free for interpretation. In fact it is desirable to use your imagination to produce the entry that outwits the rest. It doesn’t have to be technically superb to be a winner entry always. I personally think that weekend challenges are about fun and good time. It gives a nice excuse to expand your portfolio.

Regarding your latter question I think it’s only one render per competitor. I think there are rules around somewhere…

This image is completly pure, the only thing I didn’t make today was the background, which is blenders internal starfield, and theres no post-processing. The jaggies are annoying, but its at max over sampling.

This is a lonely rest-stop floating in space, it even has a complementery book! (which you must leave at the station)

OMG I FEEL LIKE A MORON! I forgot to hit the “OSA” button… Re-uploading now

Haven’t done one of these in a while.

Oh yeah, and I used the discombobulator for the inner part.

Home of the Future

Well that’s mine. One or two hours max The only post-processing is the background

This is my voluntarily non-participating entry, “That’s… no space station… that’s a moon!” (or “So much to learn, he has.”) 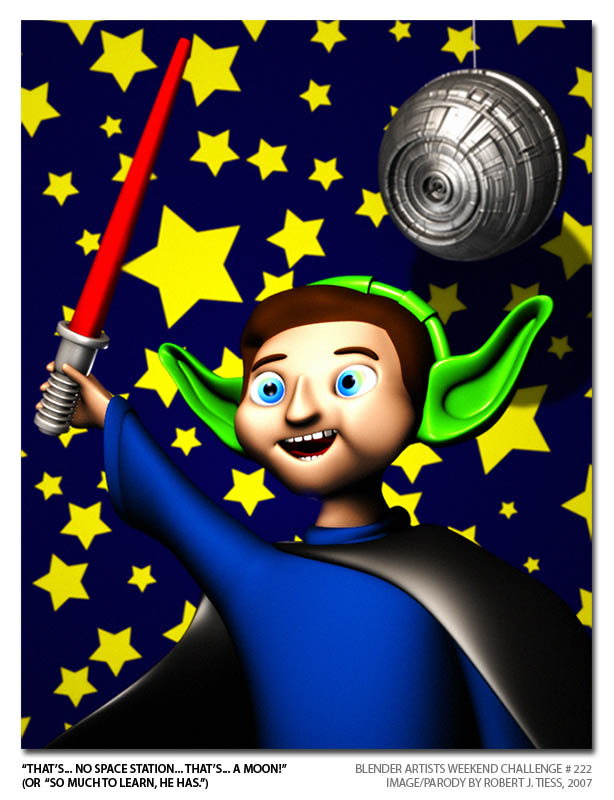 This isn’t so much a parody of Star Wars alone as it is of myself, being somewhat of a Star Wars geek when I was younger

It’s good to look back and laugh at yourself every now and then.

Here we see a young fan in his room acting out a scene from the classic trilogy. He unintentionally messes up one of the lines, but he’s still having fun.

So you all fail