So many nice entries already! Lovely theme also. At first i wanted to model a somewhat simple chessmate situation with some pieces scattered around. However did not got a satisfying rigid body simulation result. So I gave that up. Decided to do a glass render instead. all modeled in blender, 1250 samples + color corrections within PS. Perhaps I give it a second render with different hdr/lighting to see what comes out. Hope you like it; 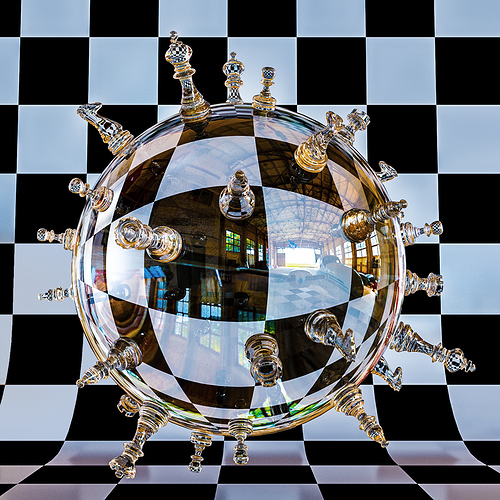 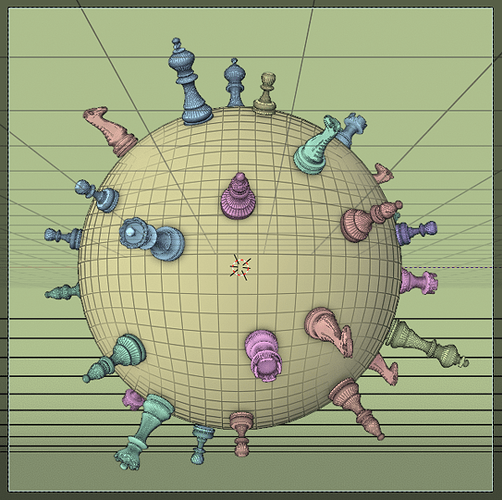 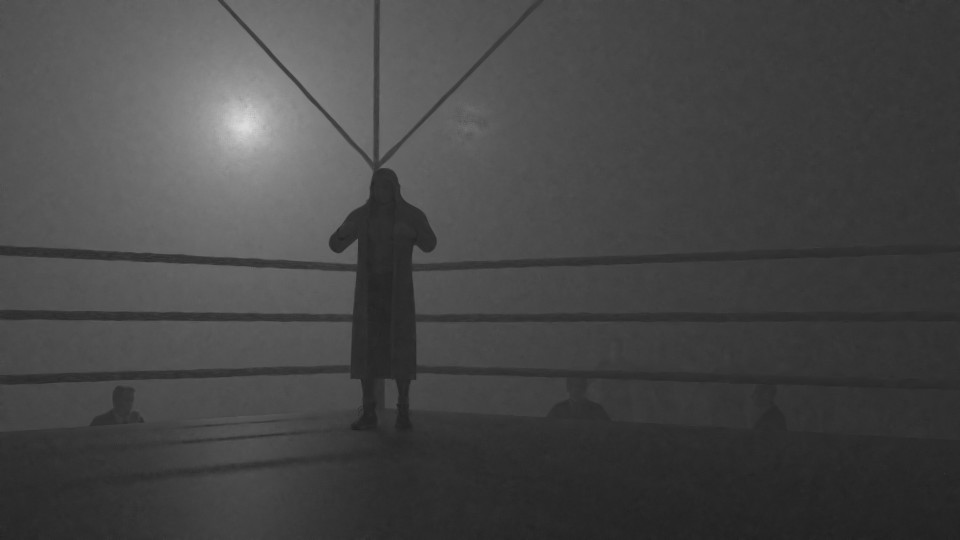 Here’s a WIP from me.

Just testing my shader setup. Hard to get the balance of “wetness” of old leather right.

Still more sculpting to do, then the colour map, lighting, and then composing the final image. 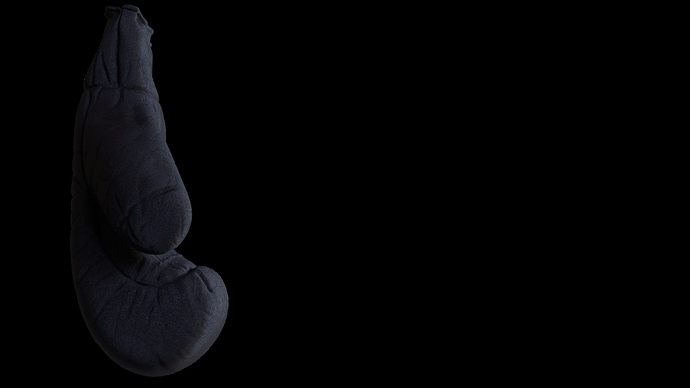 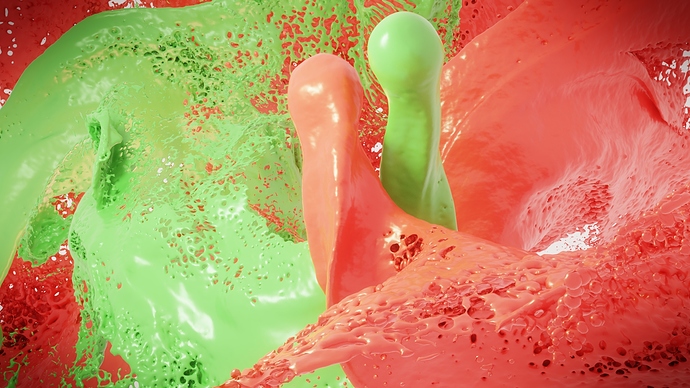 Does anyone knows how to do feathers, I am struggling with hair particles and I want to find an other way to simply make feather on a bird character.

Similar to doing leaves on trees and such. Easiest I would believe is similar to the Gleb Alexandrov tutorial on spiderwebs. Mainly just using an image on a plane then alpha. But that would involve finding an alpha feather to use. You could always create one feather as well with particles and then bake it as a texture and use it as an image plane as well with transparency. https://www.youtube.com/watch?v=gjZio6YTSPs

Love it, not often you see the old naval broadside technique in a space battle! How did you do the dotted lines of the lasers? 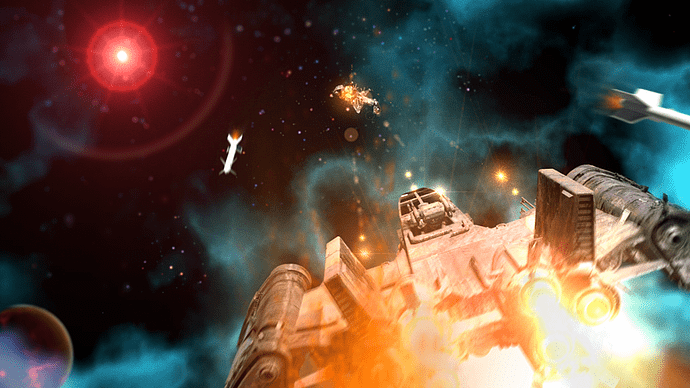 Thanks! Well, given modern naval tactics, this might not be happening at all in the real future, lol…

As for the laser effect, it’s a simple mix of emission and transparent shader governed by musgrave texture to get random looks (other textures should work too ) :

The laser object itself is a straight (vector) bezier curve with a bezier circle acts as its bevel object, so that the positioning of the tip/end is easier rather than using, say, cylinder object.

Btw, would love to see your work continued later on.

Wow. I see everyone brought their A game this week.

Spectacular entries this week. Voting is going to be hard.

An older knight facing a dragon as his last swan song. 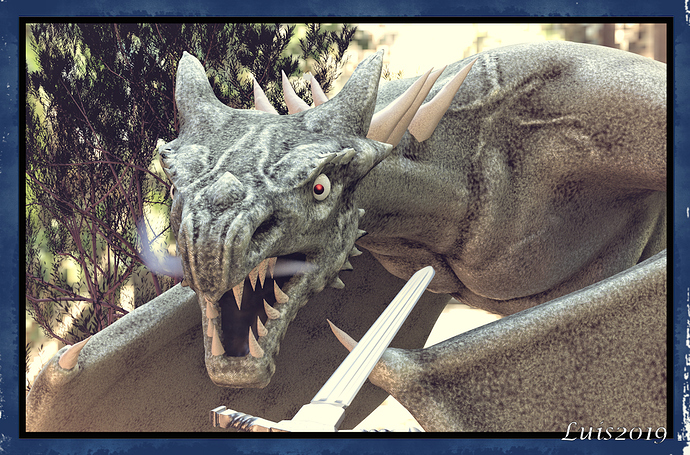 Haven’t been here for a long time, but i had some free time to do some renders.

Cycles, 256 samples + denoiser, post process in Lightroom and textures made in Substance Painter 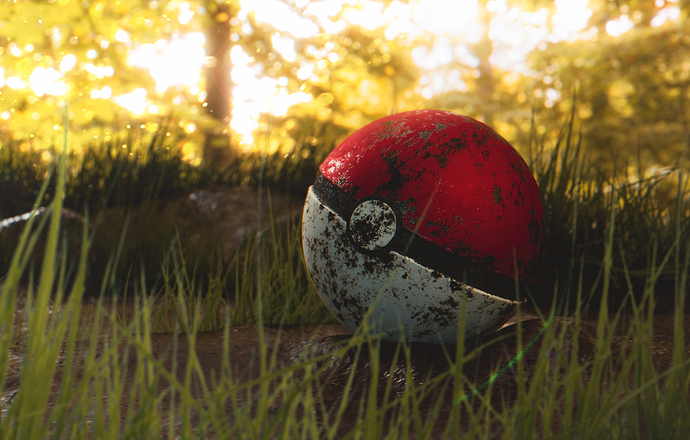 Wow. I see everyone brought their A game this week.

It seems we’re not going to have a duel, but a skirmish!

This is my pure entry “Bee the first” 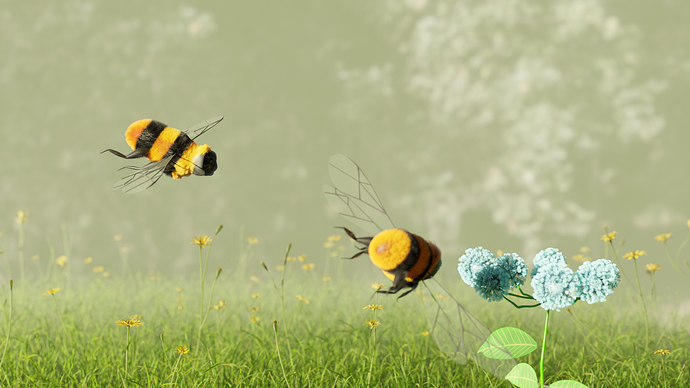 Models, textures all from yesterday except grass+small flowers from grasswald. Did a quick bigger flower which turned out alright and the bee’s were fun to make

. The hdri is from hdri haven. Added some mist in compositing.

It seems we’re not going to have a duel, but a skirmish!

Or a Mexican standoff…

Thanks, I put in a few hours tonight in trying to texture the truck with rust, but I haven’t ever really unwrapped and mapped something so it was a bit of an epic fail. After seeing skadoosh’s entry I think I may spend some time in substance painter for the next weekend compo and try to focus on that! 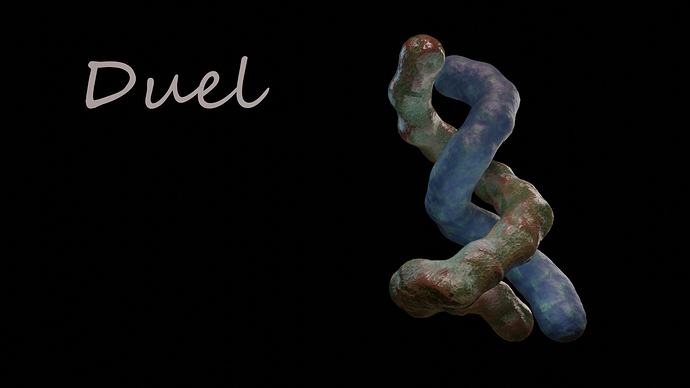