Did this a little while back just messing around. 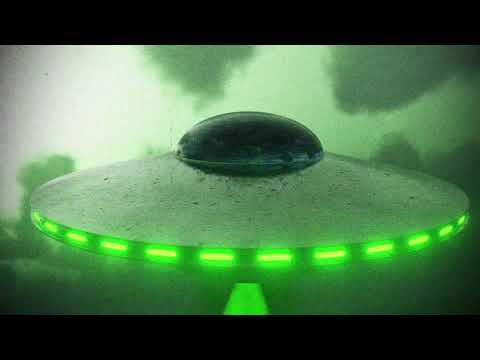 I found some footage of the Dewpie Craft Landing.
15 seconds, Matroska 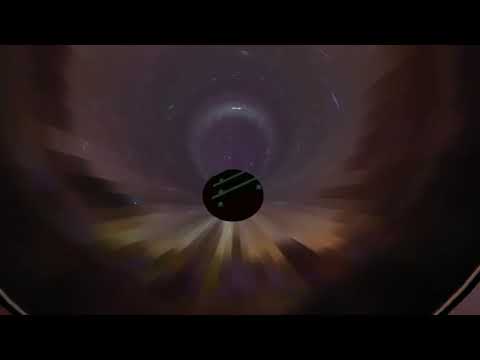 This scene is inspired heavily by No Man’s Sky.

Blender’s compositor is good. This looks nothing like the raw render. My raw render looks like the first picture I posted above. 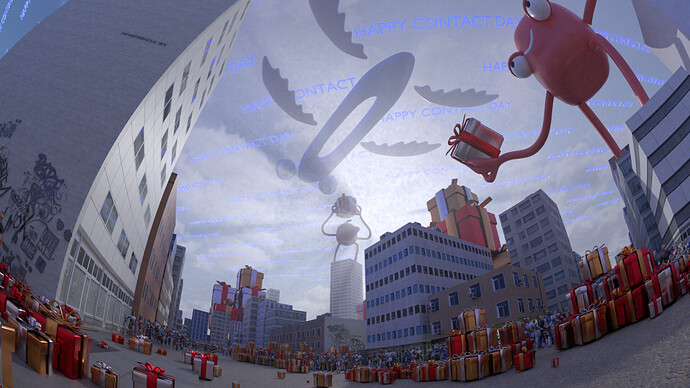 Entry: Open
I used MakeHuman for the crowd of people & textures.com for the textures. The rest was done in Blender in about 4 hours. 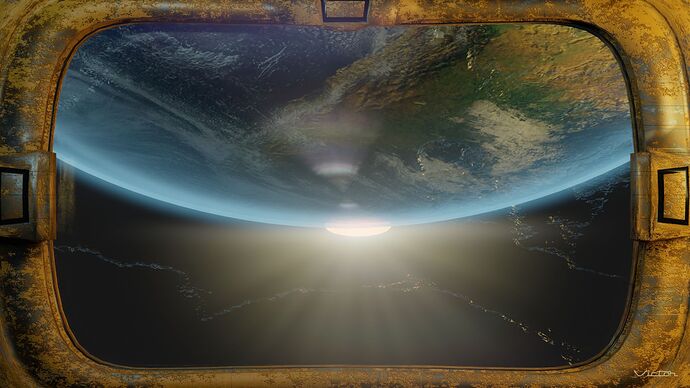 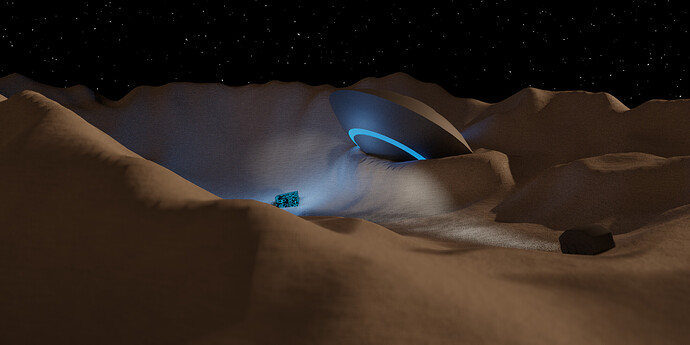 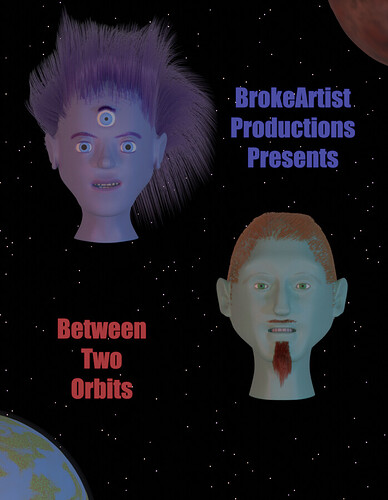 Open entry, 1000 samples. Didn’t intend on making it valentine’s themed, but here it is, staring the actors in In the Shadows :: Underneath a Gas Lamp (franciscocharrua.com).

this is what i have so far.

the cubes are references for the height of all the objects.
the walls are a gun metal blue color with metal flake in it. 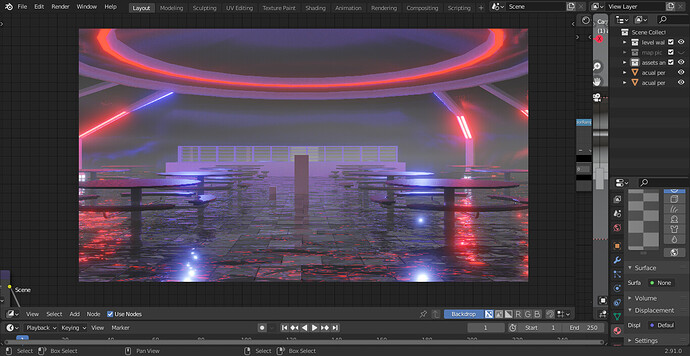 i did the lines before i used a texture or two and a mapping node or two to create a paint canvas. 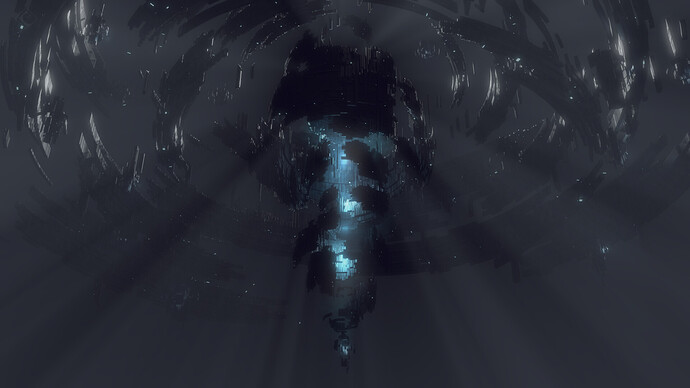 Eevee render mixed with toned down workbench render to help emphasize object’s edges that lost in the shadows, post pro and finishing with GIMP. Arc/circular shapes are achieved with Simple Deform mod, never tried to properly used them until now, lol. At some point Blender crashed when doing render preview, it seems I used too many lights combined with the mist, so got rid some of it.

i dont know if you used it or not but you could have used principled volume in the nodes for the mist and added a few texture nodes in the node editor and not the compositor and you would get a real time view of how the fog looks. thats what i used in my scene its not heavy on the system like the other methods. 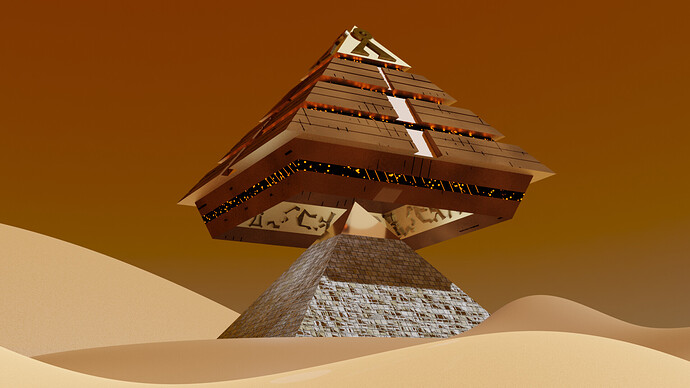 Yup, I used cube object enclosing entire scene with principled volume, which also produced the God rays effect. I think it’s the polycount, it’s around 500k verts for such ‘simple’ scene. I forgot to use Instances instead of normal duplicates on some groups and only realized later on. That, and there’s also L3 subsurf mod involved. I overlooked those things until it’s too late, lol. Didn’t really tweak it then as it’s actually a variation of a finished one, the crash occured when I added another 10 more secondary lights in the end, got rid like half of them and it went well. 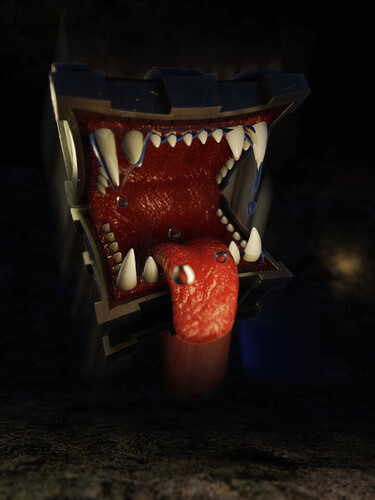 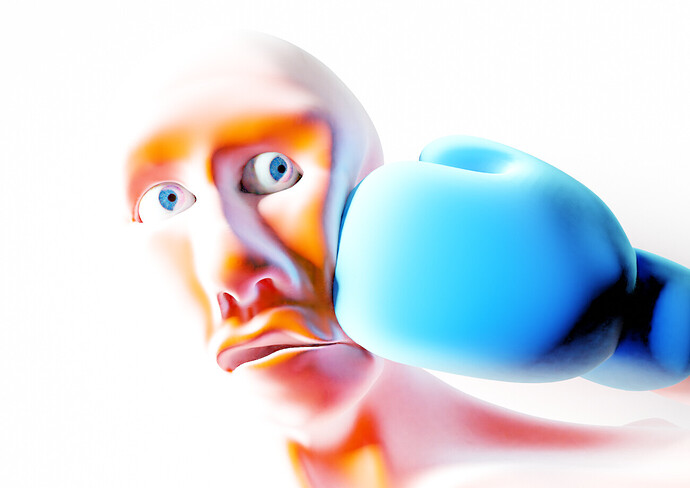 Unfortunately, I didn’t have much time, this weekend. Fortunately, I could reuse some stuff from previous challenges to counter the problem.

And eyes from #917 “ABOMINATION” (Which I never finished.) 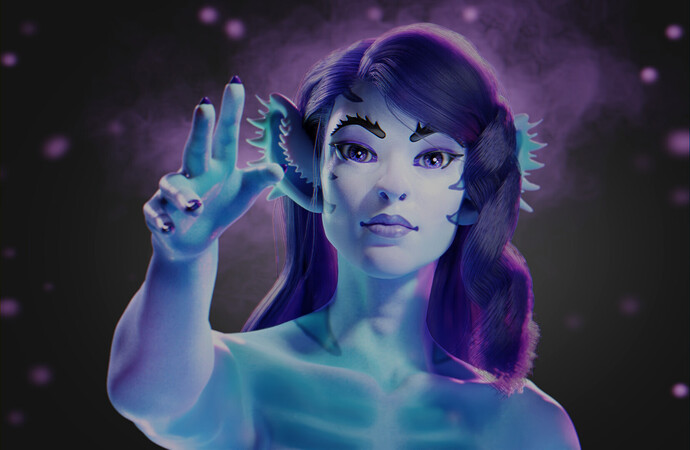 Pure (I did use an addon for the eyes but think that’s fine), Cycles, Blender 2.9x

When I started making this I didn’t have Valentines in mind. But now that I realise it… you can make whatever you want of it. 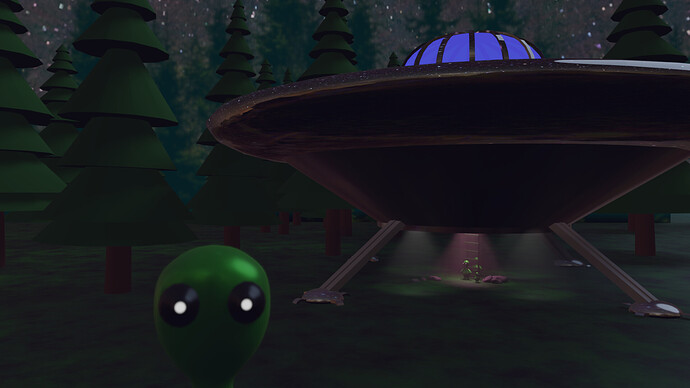 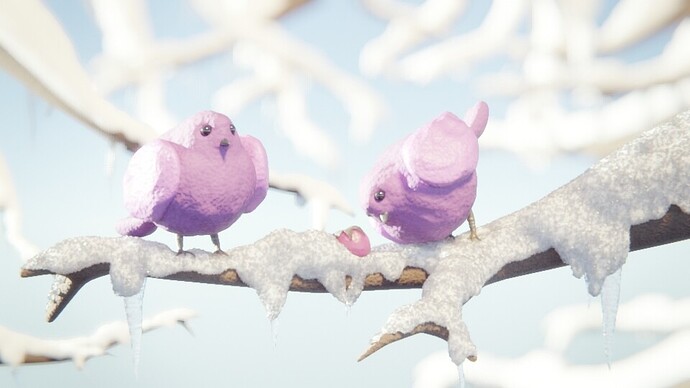 I tried to take the Valentine’s Day interpretation of the theme.
This scene is slightly based on two birds I saw this week. They were looking for food, but due to the cold, they were standing really close to each other, almost as if they were hugging. 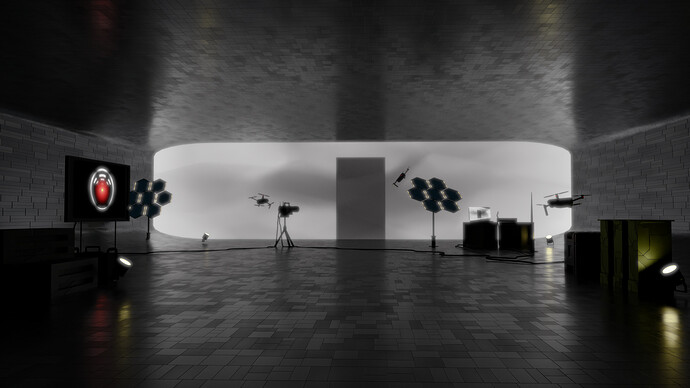 “Nice Aliens”
Pure with textures from Blenderkit and textures.com.
Rendered in Cycles with 50 Samples. 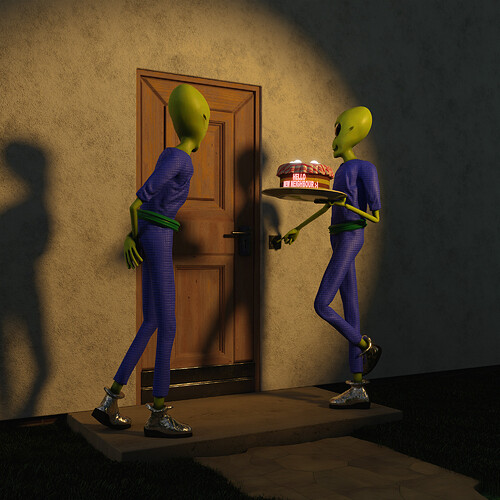