You would have to ask @HazelQ about that. However, in the end, it is up to the artist.

question to @Helge if u could help, Is the submission still Pure if I use 3d human/animal/character models from a non-blender programme and everything else (other models/textures/lighting etc) is done in blender??? I hope I am being clear?

Actually, it depends on the details.

From the rules: 'If you can honestly say to yourself,

then the entry is Pure.’

So, if the object is just a secondary background model, it probably doesn’t matter. If it is an important part of the image or saved the artist a lot of time, I’d go with ‘open’. In any case: it is a good habit to add details like this to the entry post. This way, everyone can make up their minds. Just try to keep things fair.

Generally: There is nothing wrong with entering open entries. Many great entries have been open in the past. (And many of these have won the challenge.) In the end, it doesn’t really matter all that much.

My understanding is that “Vaporwave” is a music genre comprised heavily of sampling corporate media from the 80’s and 90’s. The aesthetic is that of 80’s corporate dystopia… so think glitched retro-corporate media (VHS scan-line artifacts are common)… quite often the 80’s CGA or c64 “retro” aesthetic get thrown in. (So lots of bit-crushing and a lots of magenta and cyan)

Does sometimes get dangerously close to the “graphic design is my passion” look, so LOTS of room for interpretation but will also be tricky to judge.

oh okay, that helps thanks

On that matter: A ‘vaporwave’ image search is (at the same time) dangerous and enlightening, as well.

(However, the wikipedia article is slightly less dangerous.)

Honestly, I picked “Vaporwave” because I just finished playing the game Paradise Killer, which has a lot of vaporwave aesthetics. As Helge says, the google image search or wikipedia page are good starting points. I love the neon pinks and blues, and the weird surreal retro vibes.

But don’t feel like you have to be too limited by the topic - I’m honestly just curious what people will come up with!

[another edit] If you want some more visual inspiration r/VaporwaveAesthetics is good. 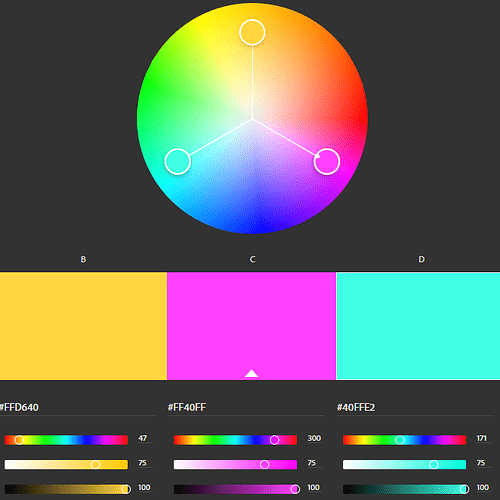 A lot of vaporwave graphics look to me to be a pretty clean Triad hue palatte (FF00FF, FFC800, 00FFD9), maybe 3/4 saturation-tint for the most part, strong contrast in the value-shade, with a fondness for gradients. Nice pick HazelQ, looking forward to this. 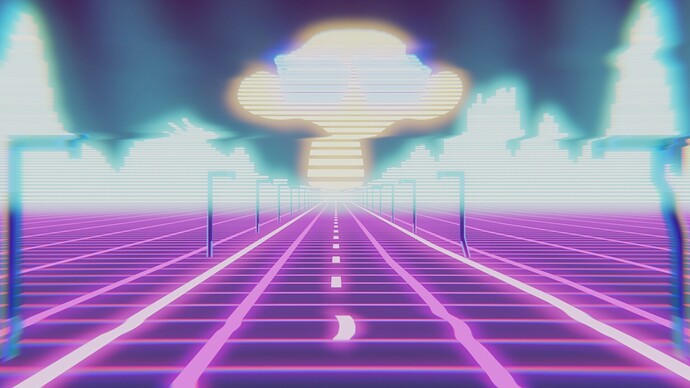 Thought about skipping this week at first, but here is a quick entry from me.
I’ll see if I can improve the glitch-effect later.

That was fun! May tweak it a bit, but I’m probably done.

Something was bugging me a bit, and it took a while, but I realized that was it. Brightness/Contrast node in the Compositor and a bit of shader tweaking. Now I’m done. Probably.

I thought this was some sort of pun on “Vaporware”.

From the Vaporwave Wikipedia article:

“The name derives from ‘vaporware’, a term for commercial software that is announced but never released . . . the name itself was both a nod to vaporware and . . . ” This is my first post here, please let me know if I have to change anything. This render was inspired by Joel G’s ENA series, which is super vaporwavy.

I mean, I could just use this again, lol

So, here’s my entry. LA Wave. Open. Cycles 500 samples. I used the OpenStreetMap plugin to steal a little bit of LA to create my city. For my character I traced around a raster image from the web and then added a solidify and Sub surf to give him a little depth to catch some light. My “moutain” is also just a plane with a Sub div and solidify so it catches some shadows from the character. Heavy glow added in the compositor. [LA_Wave_Final]

I jest, of course. I am working on something that is unbelievably 80’s. Some nice model practice. First WC in ages. Finally have some free time again so I might try and make these a habit once more for practice.

Pure. Floor painted in Krita, The rest in Blender, Everything new. 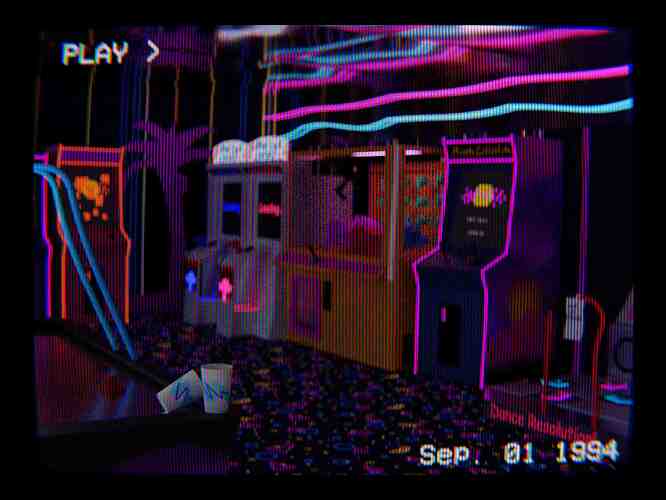 Power Flower
Pure, cycles 512 samples, ~2 min., i tried to make the dandelion realistic, to give a contrast between realism and vaporwave, but that dandelion worked not as expected, so i turned it into a power flower 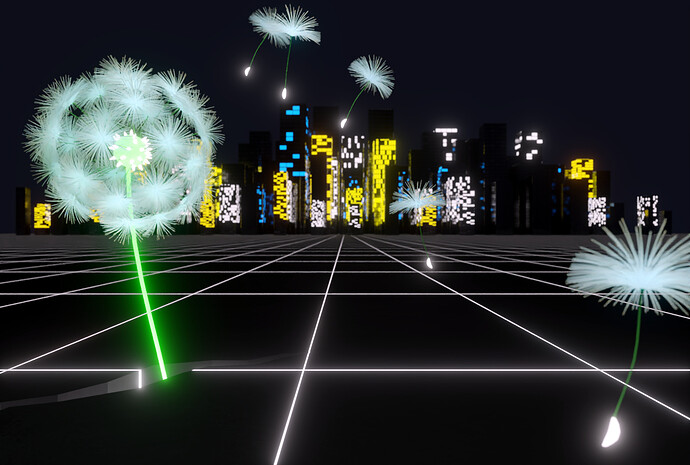