Title: The Gate to Shangrila? 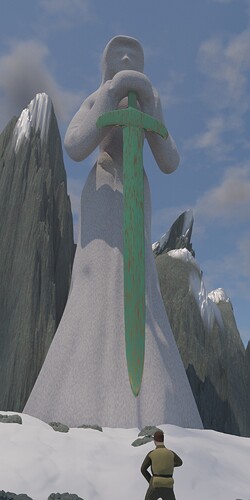 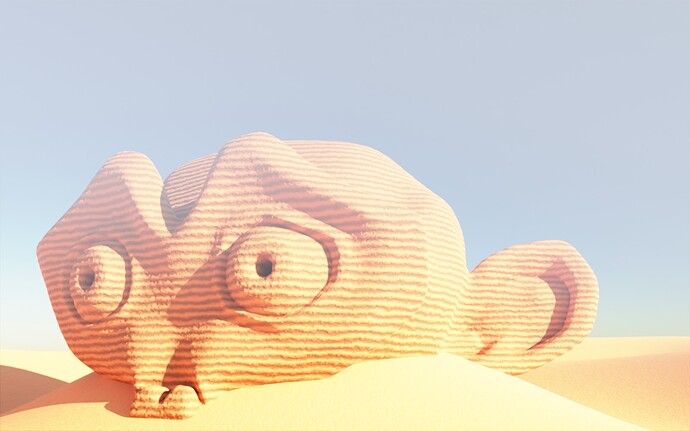 WiP – this Suzanne is about 620m ear-to-ear, but I’m gonna try some atmospheric effects and/or DoF to get a better sense of scale.

Edited to add: Finished. DoF didn’t help, volumetric attempts crashed the laptop – I added atmospheric haze in the compositor with a hand-painted-in-Blender mask, which I’ll cite as my Never Done That In Blender for the week.

Hey yall.
Would a piece that uses an asset created with Make Human, a Blender add-on, considered pure?
Said asset would be the central subject in the scene, it wouldn’t be just for extra background stuff.

Central in the scene, or important even if a small part, I’d say Open. Opinions vary.

I think, it would be fair to call it open. Looking forward to whatever entry you come up with. 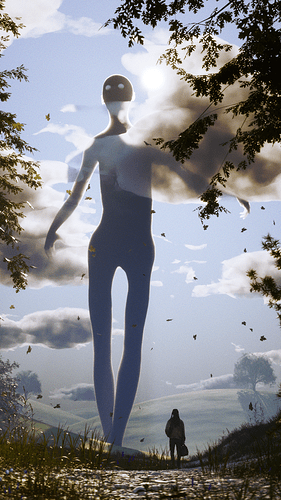 A giant spirit creature looming over the land. Inspiration is a mix of Shadow Of The Colossus and the forest spirit from Princess Mononoke. If I get the chance I’ll work on it more over the weekend.

Open - the colossus was created using Makehuman, the foreground character is a 3D scan, and the foliage is botaniq. I’ve mostly focussed on the volumetric shaders.

[edit] - replaced the clouds with some sculpted mesh clouds, added some ground textures, a bit more foliage, some leaves in the air, and bloom and colour grading in the compositor.

I was thinking of Shadow of the Colossus. 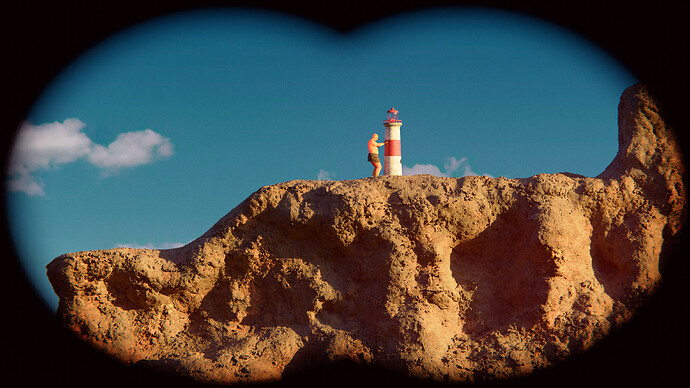 For this render I really wanted to recreate the feel and composition of Wes Anderson’s style. Everything was made and composited in Blender 2.93a. I finished up Attack on Titan not too long ago so I decided to add a titan peering through the window

Old version without the Titan: 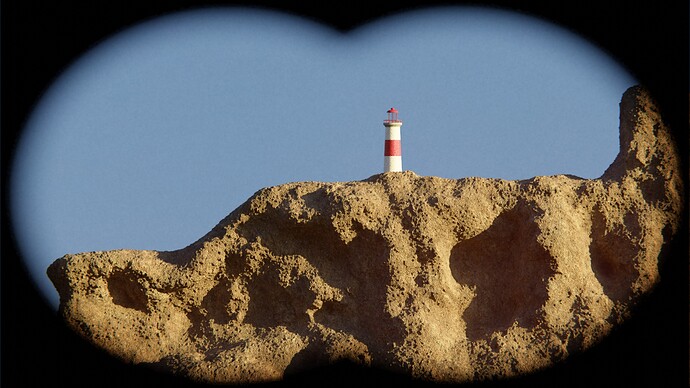 . . . someone should totally model the Colossal Titan from Attack on Titan

However innocently intended, anybody who cares to google “fascist” and “Attack on Titan” will see why any such entries will not be getting my vote.

However innocently intended, anybody who cares to google “fascist” and “Attack on Titan” will see why any such entries will not be getting my vote.

My thoughts on any fascism in AoT aside, if you want to not vote for something because you don’t agree with the ideals of what it may be inspired from that’s you’re prerogative. But also, it’s an art contest, we’re judging art here, not the morals of a show’s creator. Besides, you can gain inspiration from something without even knowing what it is, that doesn’t make the art immediately tainted because it was inspired from something bad.

I don’t care who you vote for dude. vote for whatever you want.

I think we should add a rule to the challenge stating that anyone who talks about politics here has 6 hours to post a render of a cute animal (related to the week’s theme), otherwise they get their Blender license revoked for 6 months.

Thumbs up! I don’t see any other way to deal with this.

Hello, big
Open, cycles 1024 samples, <30sec. rendertime, used an hdri from hdrihaven.com and ANT terrain generator for some mountains, that i joined and merged together with shrinkwrap and merged by distance, which works surprising good. 60000 particle trees. The giants and the ent are a proof that every bad model could look good with the right size. 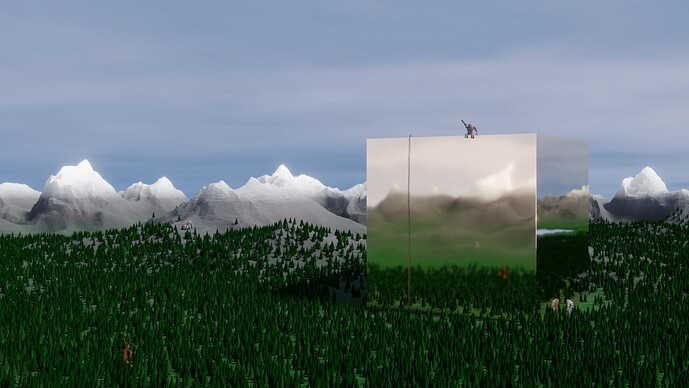 I think we should add a rule to the challenge stating that anyone who talks about politics here has 6 hours to post a render of a cute animal . . .

The Weekend Challenge has sometimes had overtly political themes with little trouble – it gets profoundly political entries with little complaint. (Few votes, usually, but little complaint.) The very concept that my bare-minimum post linking to information that influences my voting (therefor on-topic) on a subject already under discussion was somehow inappropriate is political. My preference to reduce my support of media that, however subtly (or “subtly”, being on the autism spectrum I frequently miss nuance), advocates for killing some of our forum members (which would prevent them from using Blender) is of course political, but so are any objections.

If someone posted that they didn’t think Suzanne’s use was pure for the Weekend Challenge (pre-existing model) and therefor wouldn’t be voting for any Pure entries that used it, that’s politics. Lower-stakes politics than fan-art of genocidally-bigoted media as entries in the Weekend Challenge, but still. I wouldn’t agree with such a post, nor would I imply that it didn’t belong here. 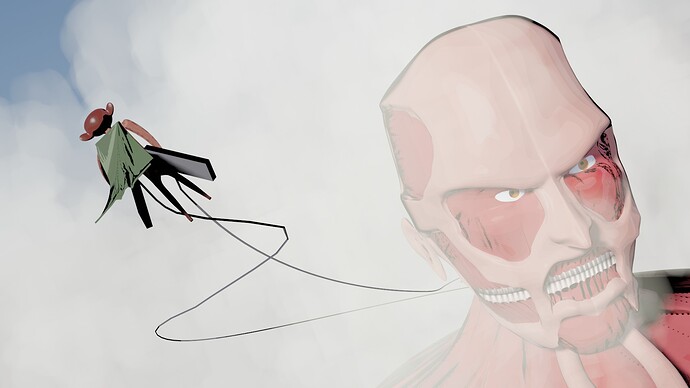 Apparently this needs to be said, but I do not agree with the assassination of some of our forum members, even though apparently this render supports it…?

Here are the files of my project, but I advice against taking a peek at it. It’s messy and would take quite a substantial amount of chaotic energy for anyone to like seeing the project. https://drive.google.com/file/d/1FdQSDeK5JMpmLiGMnjkvPThUkTll4I7_/view?usp=sharing

Edit: Choosing both anime and blender as escapism was really an awful idea