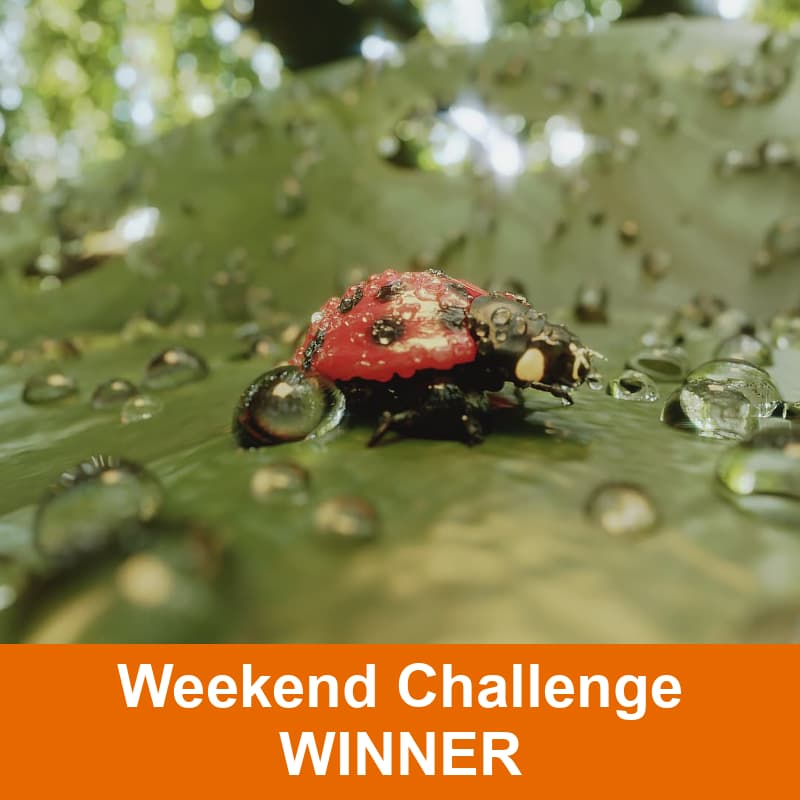 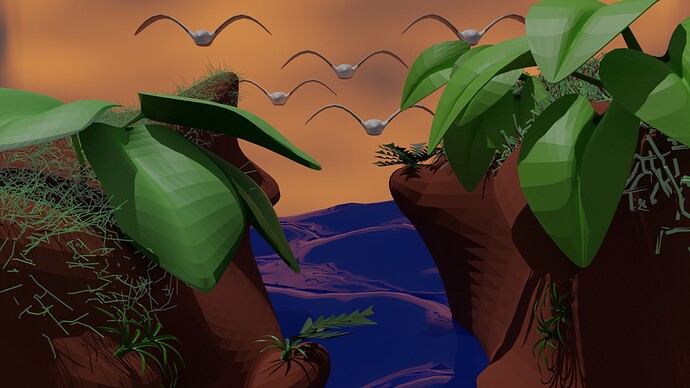 • rigoletto: Sunshine on my belly 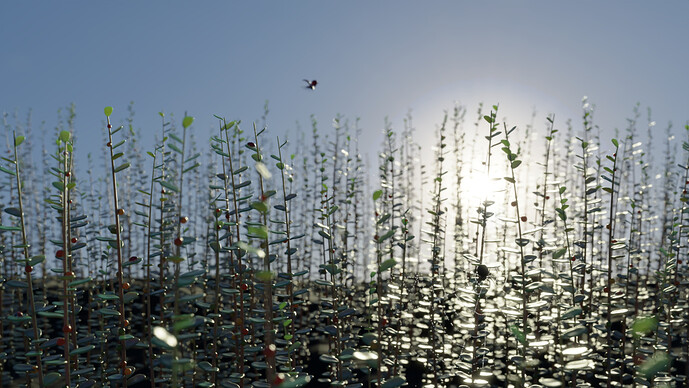 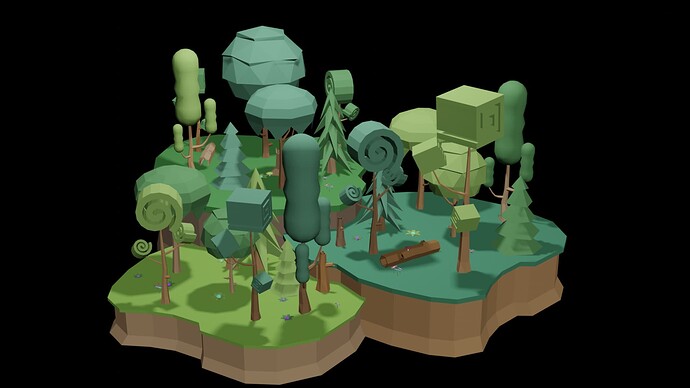 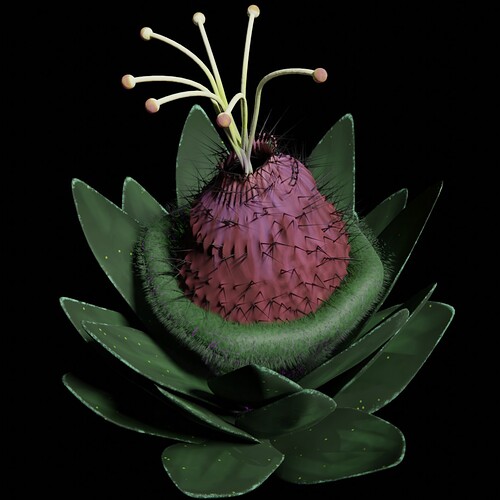 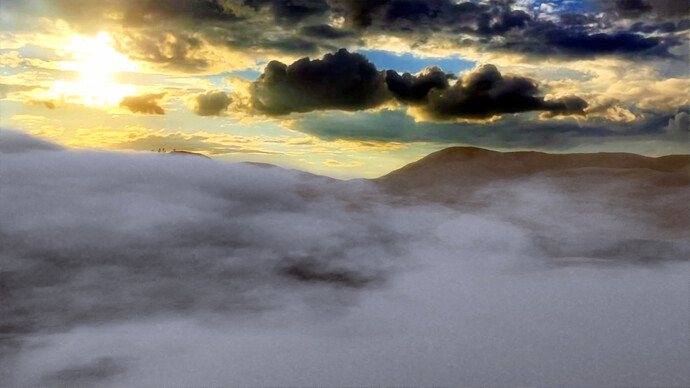 (OPEN , picture of sky was taken by my beloved wife, also little composition made in gimp.)

• CUBEiey: Nature in the midnight 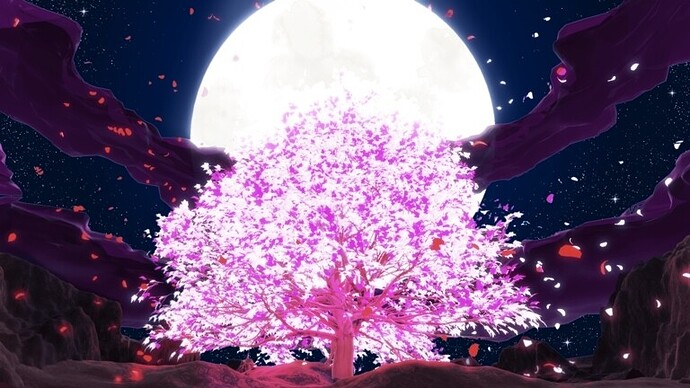 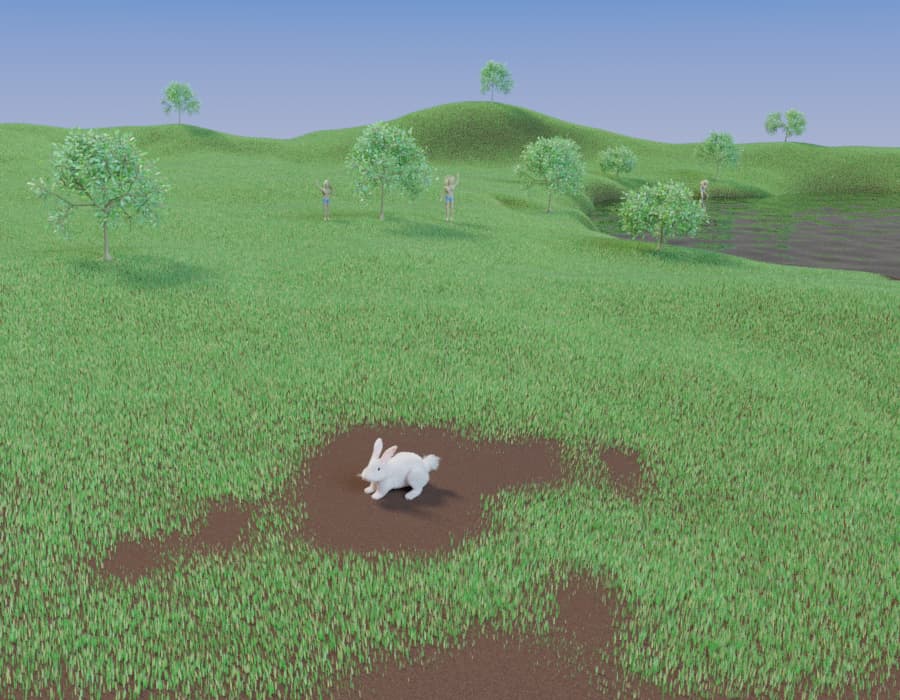 (I created a prequel to City of the Future :: Circular Fields. Took the scene and deleted all the structures. Added the trees from Fantastic Greenhouse Challenge :: Glass Cathedral and copied the model from Jane Doe :: Wide Awake: I gave her some shorts, and placed very far from the camera, so no worries. Finally to fill in the empty space close to the camera I added the rabbit from Magical :: The Pullable Rabbit.)

• Eugenio_Delga: (Not so) Still life. 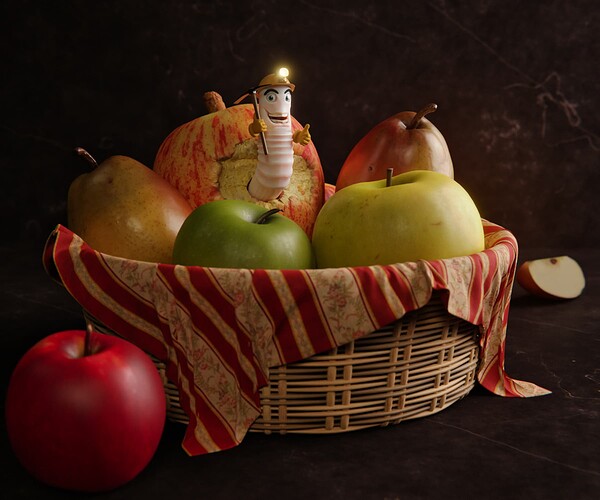 (I have modeled the worm, the basket, and the cloth, fruits comes from external assets.)

• wesley_vanroose: Ladybug in the rain 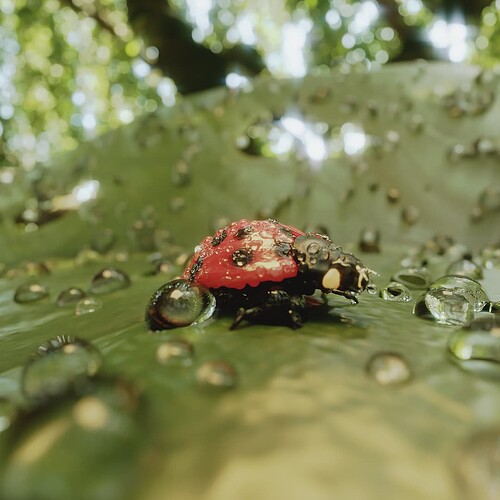 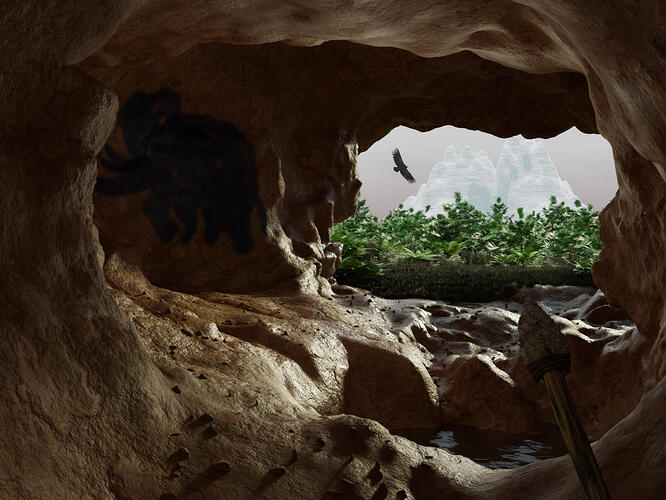 (Open (in theory it can be pure, only used Blender, and once GIMP for alpha cutting, but I submitted a version of this scene on a Discord server before. I reworked the foliage, added or removed trees, changed the lights, tweaked almost all textures over again, etc… but due to this, it is considered “open”).) 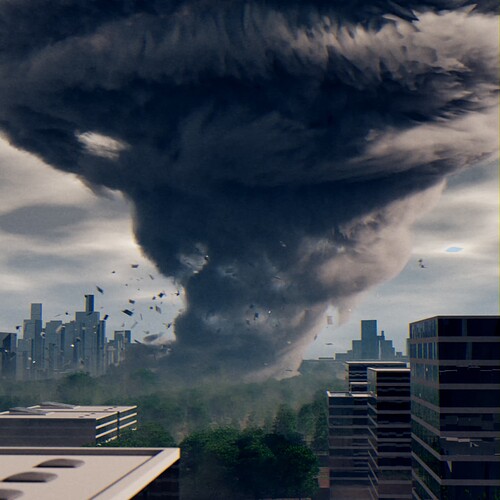 (Mostly pure but the trees are botaniq - so open I guess?) 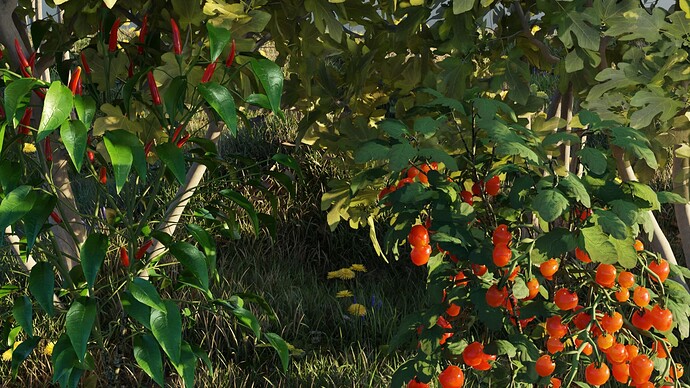 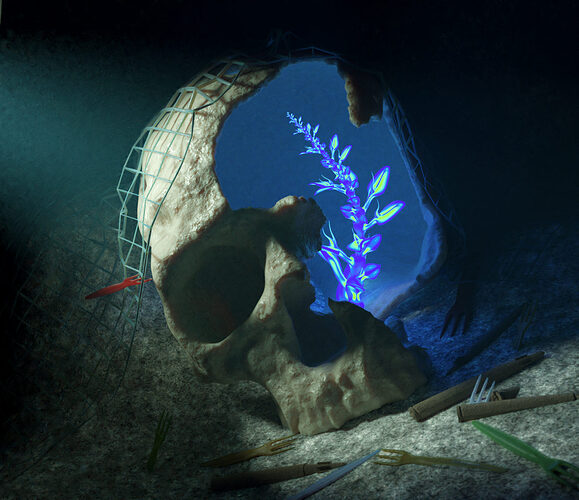 • david.speer: Tree in a Dry Land 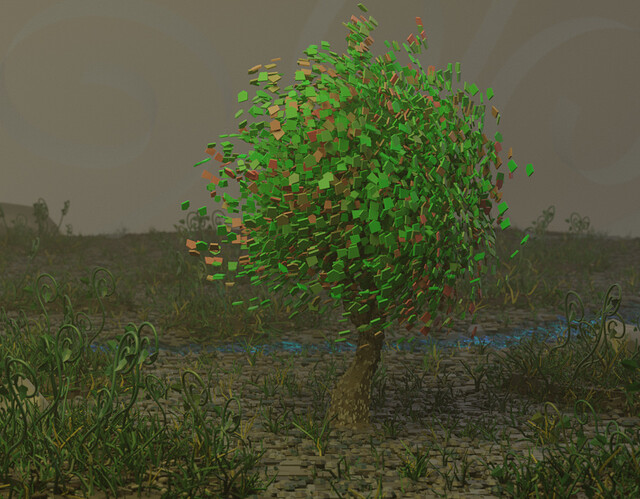 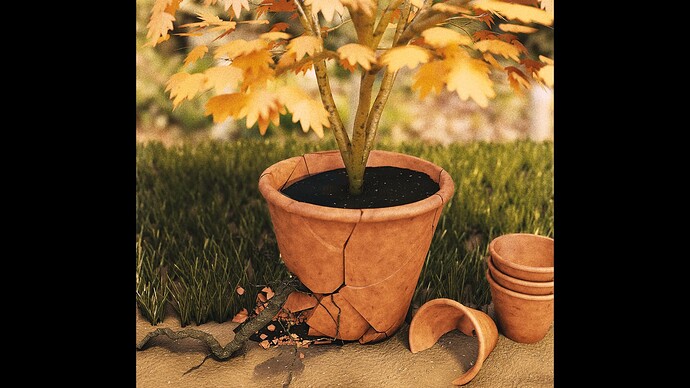 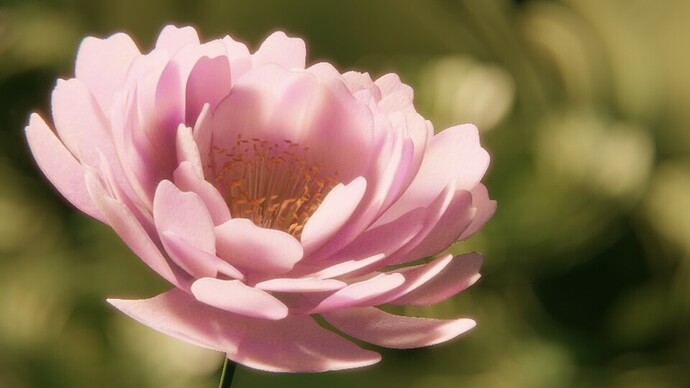 And… the winner of Weekend Challenge 945 with votes from 43.8% of the voters is… wesley_vanroose!
Here’s to all the great participators… 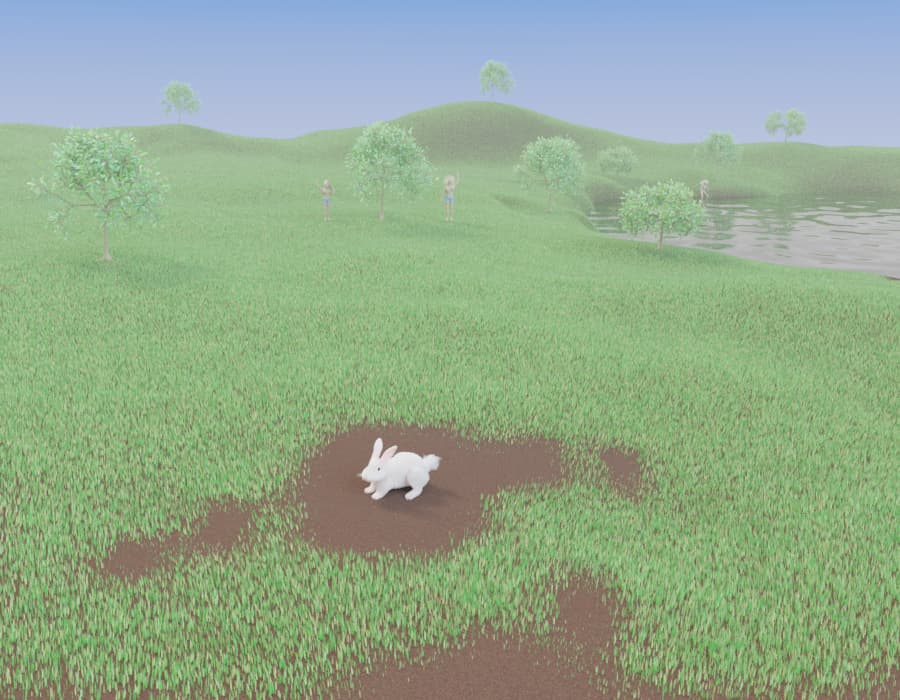 volumetric version, one of my facebook friends told me he preferred the original

Look what I have found on the attic: