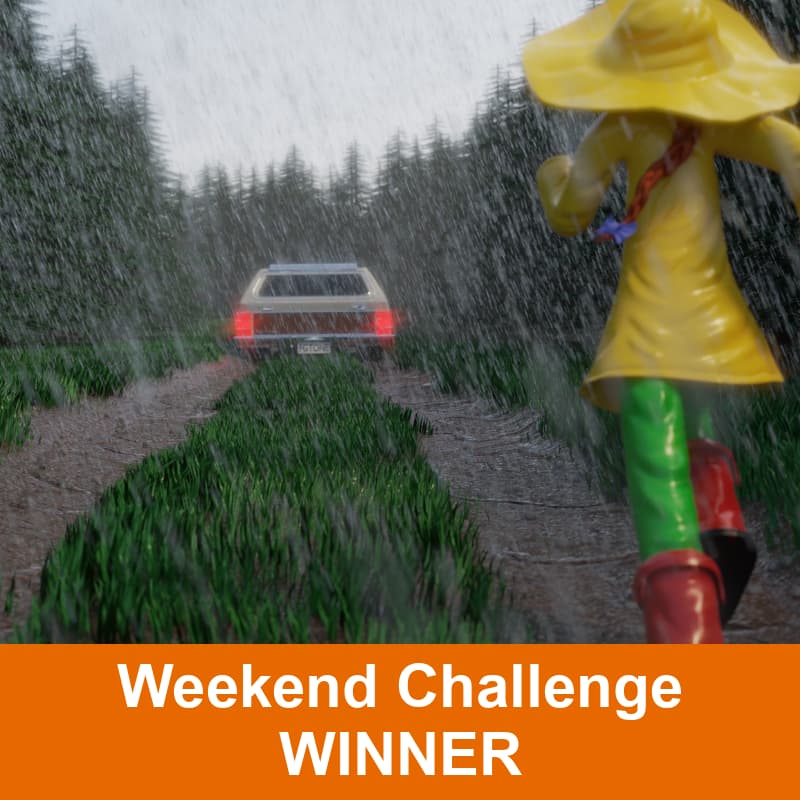 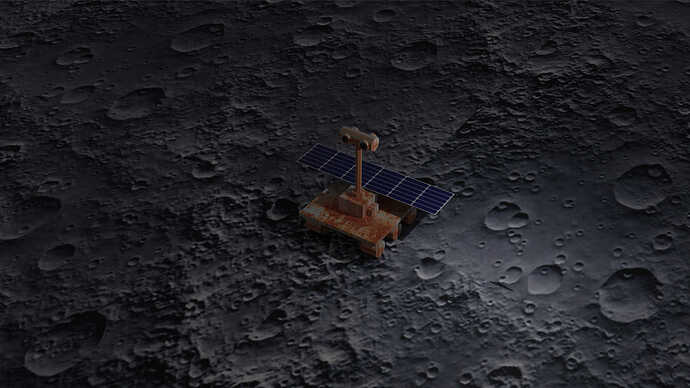 • Tohron: In One Ear, Out the Other 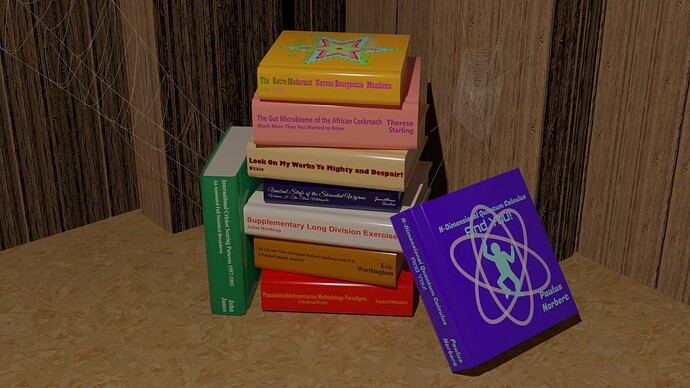 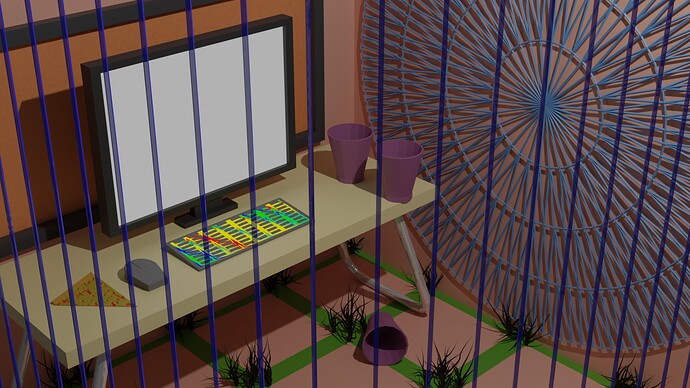 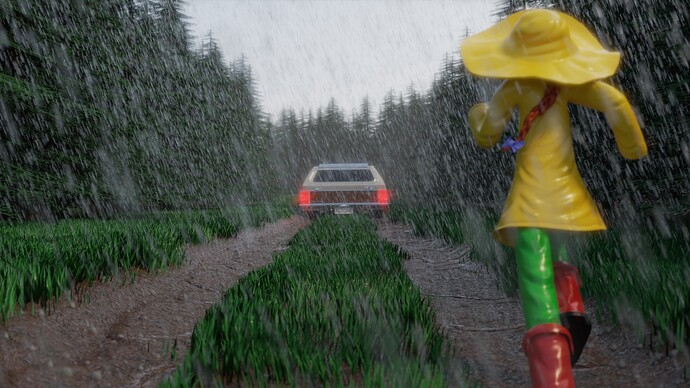 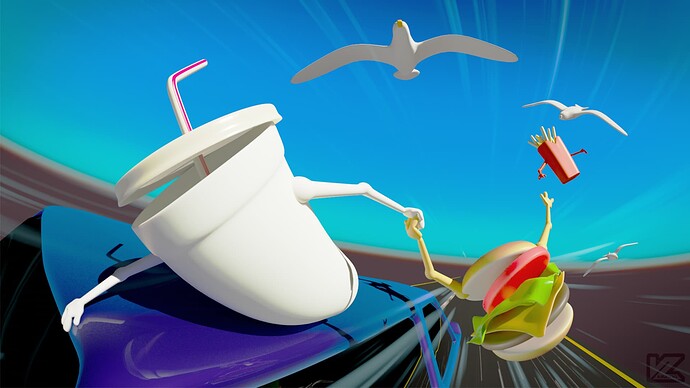 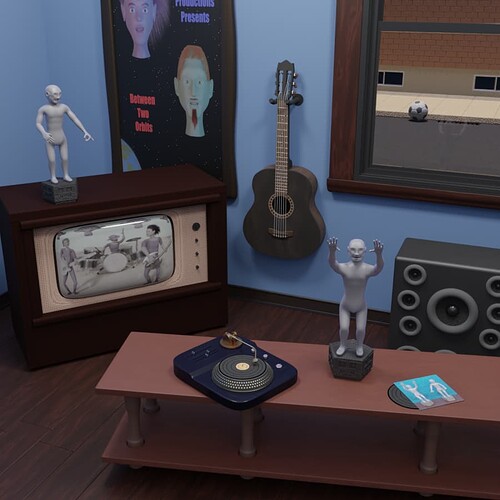 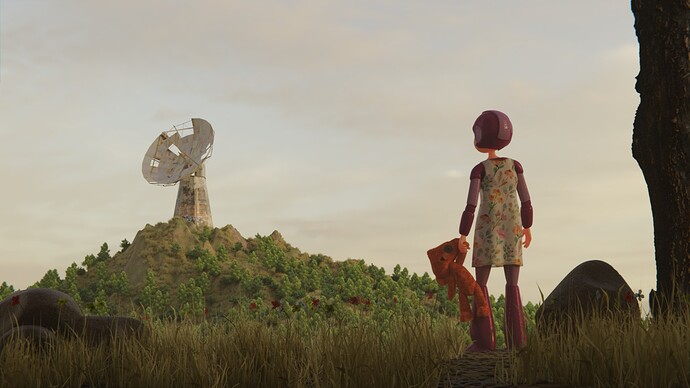 (All assets newly made except the grass & trees.) 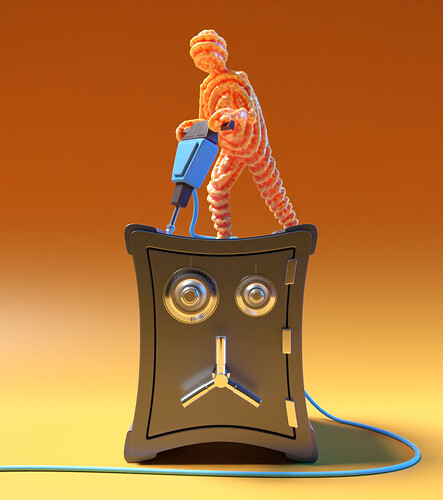 Wow great entries everyone, it’s cool how you all took this in a unique way.

And… the winner of Weekend Challenge 961 with votes from 40.6% of the voters is… rigoletto!
As we have a tie between entries (rigoletto, Villitz), the earliest submitted entry wins.

Congratulations rigoletto! I’m looking forward to your theme for this week

Thanks for your votes. Did not guess my entry will made it at the end.
@Villitz Very nice idea and funny idea. You and KyleSan get my votes.
@KyleSan Nice render, i also like the hidden Easteregg. It is Susanne to the left, right?

I has free days last week, so i spent around 12 - 14 hours for this. Maybe a bit unfair

What’s the next theme? Is the suspense killing you? I’ve got good news for you:

I’m glad you got a lot of votes @rigoletto

You are right, i often have a tie decision.

I know you often do references. Is this a reference to a movie? I forget the name of the car, Oldsmobile?, but I think it was in a few movies as a classic suburban family car. The yellow coat made me think Man in the Yellow Hat ( I hope that doesn’t offfend).

FWIW I read the braid as like a satchet kind of strap first but I had the distinct impression it was a female char. so maybe my subconscious kicked in

I see the plate says “FGTONE” which I would read as Foreground Tone, like a color tone for Blender, maybe that is a clue?

I think this would look good in B/W: 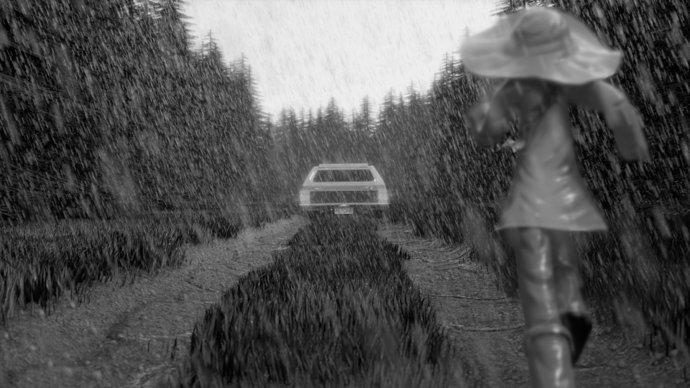 Yes and no, the idea for the car a Caprice Estate came from movies, it is a lot used car in american movies, comedy and sitcoms. I guess the idea to use this car came up from a movie / tv series like 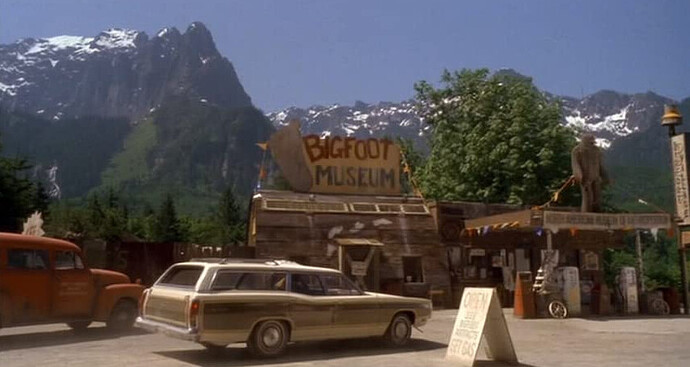 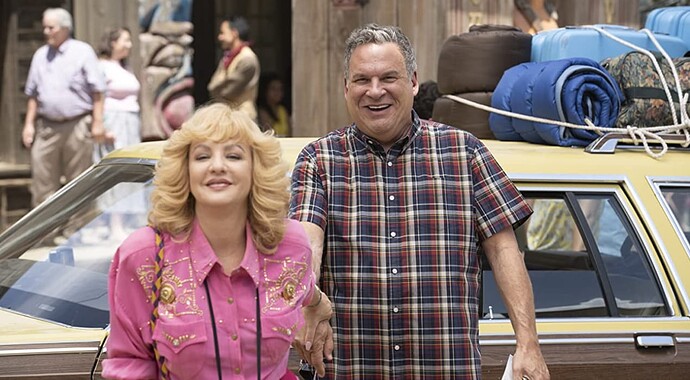 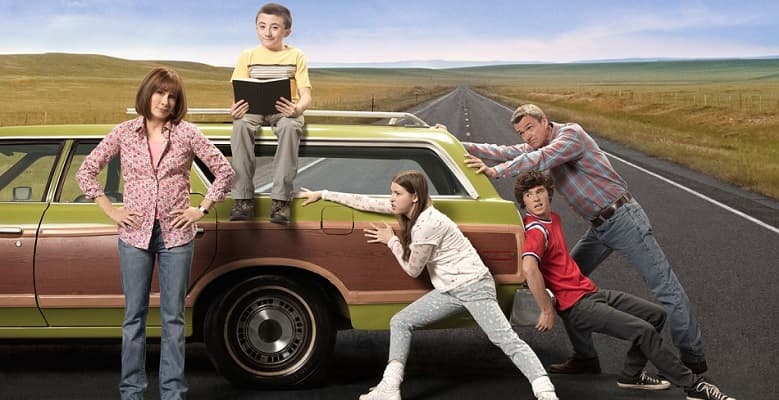 Your question make me googled and come up on that:
https://www.imcdb.org/vehicles_make-Chevrolet_model-Caprice+Estate.html 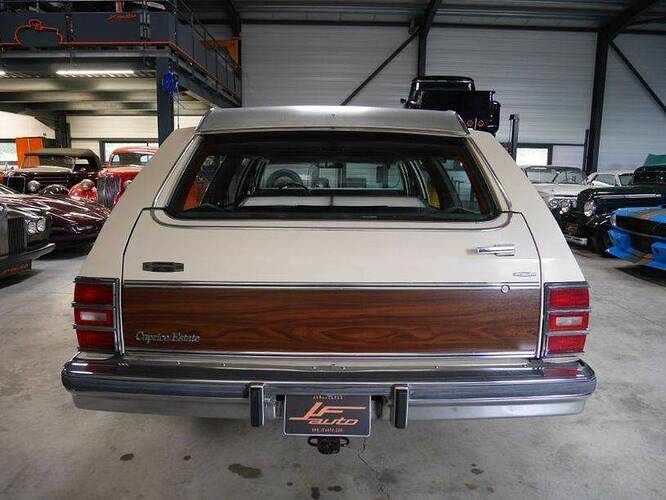 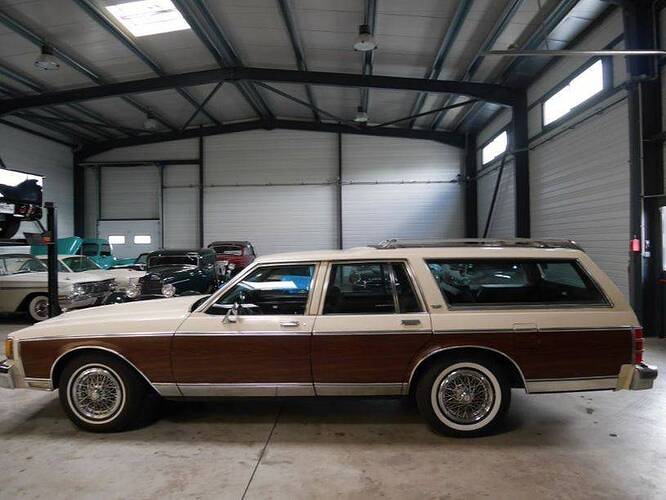 I added the braid with nothing special in mind, just to break the back up. But as i added it i feel it make so an huge difference i thought “Wow!” I choosed a female cause to give it an easy stylized triangle coat and a big hat which will be easier to made. So no story behind that. 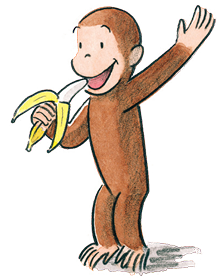 Curious George is the main character of a series of popular children's books and TV series of the same name, written by Margret and H. A. Rey. George (who is referred to as a monkey in the books) was brought from his home in Africa by "The Man with The Yellow Hat.” They are best friends and they live together in "the city" and "the country". When the first story, Cecily G. and the Nine Monkeys, was published in France in 1939, George was named Sirocco. In the United Kingdom, George was originall...

but didnt had it in mind.
I wanted a little girl still standing in the first place with a big sad teddy bear looking back over her shoulder, but that looks so much more work i was afraid of.

The plate should be a short for “Forgotten one”. For seconds i recognize it could be interpreted as “Faggot one”, but thought 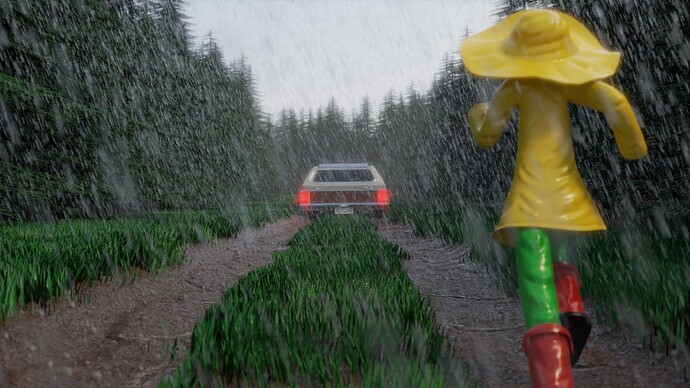 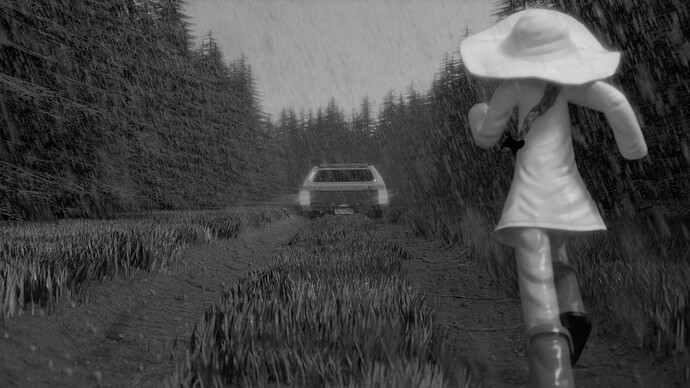