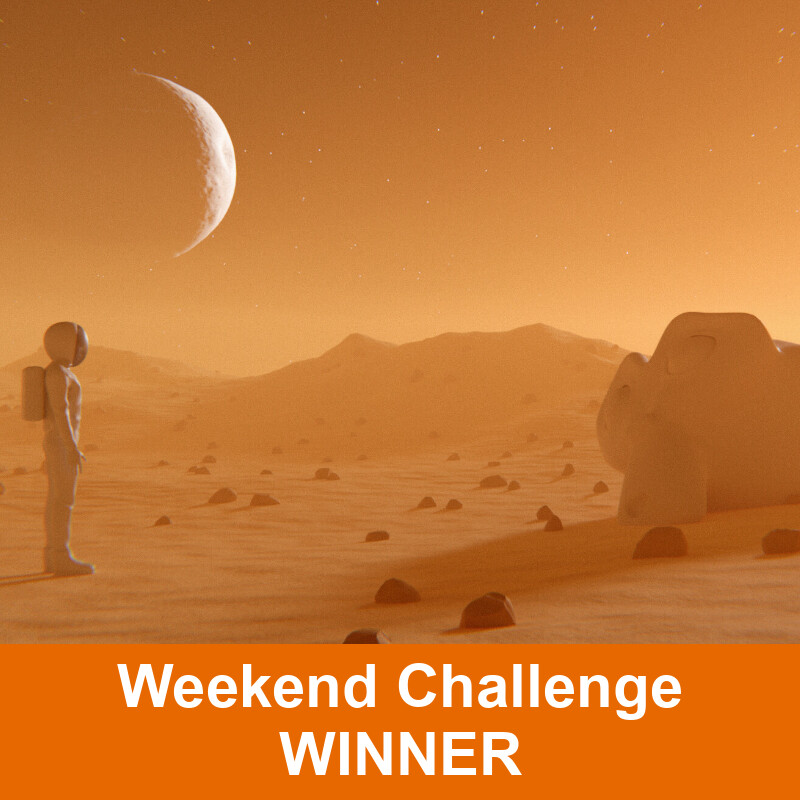 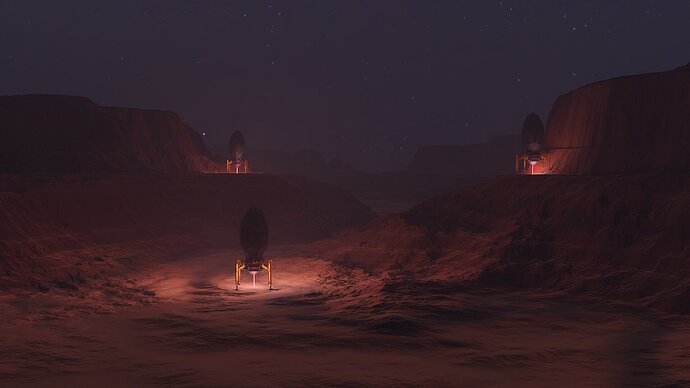 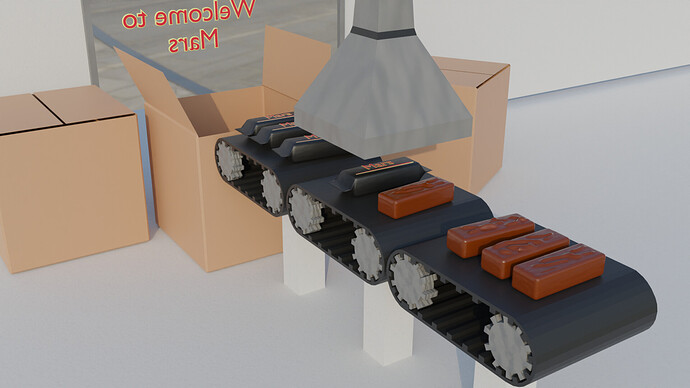 • Andreal: View from a cliff 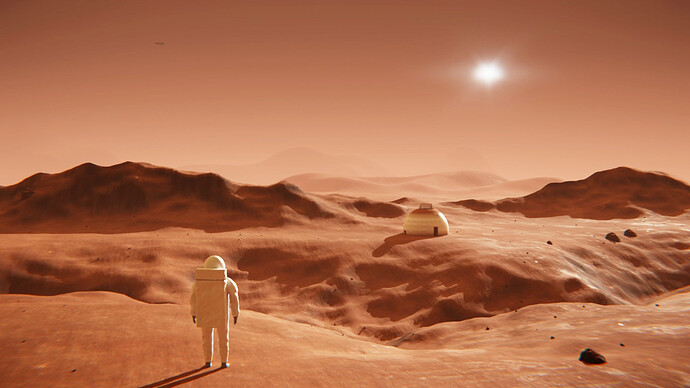 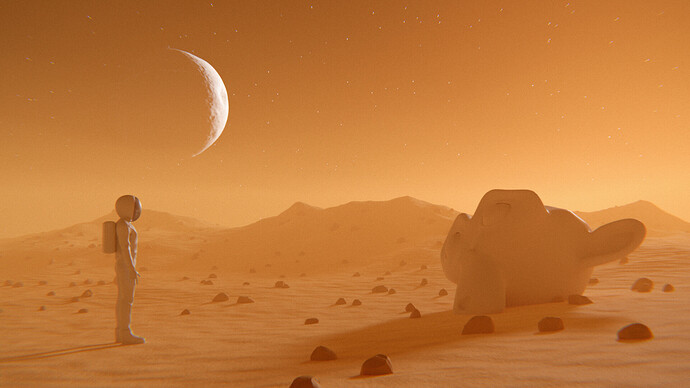 • TripleTree: A Trip to the Mars 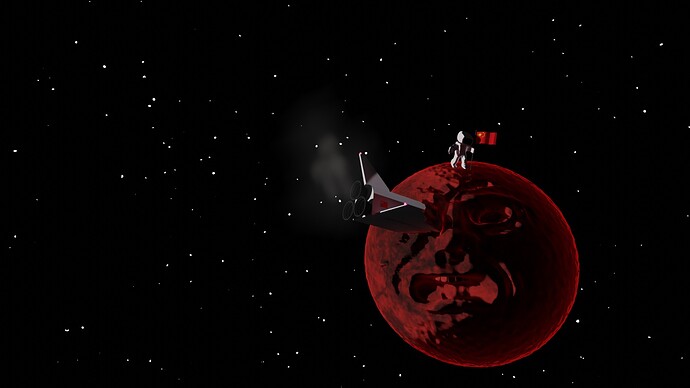 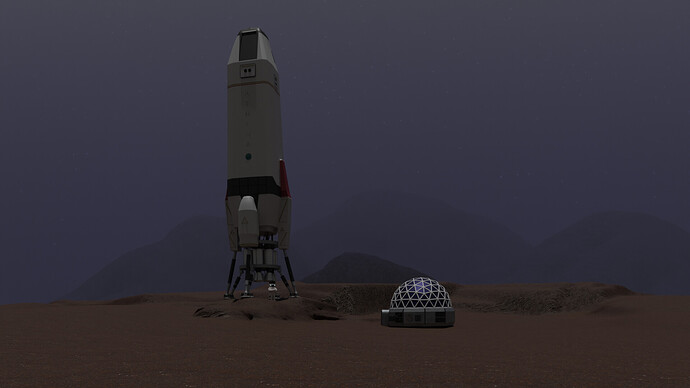 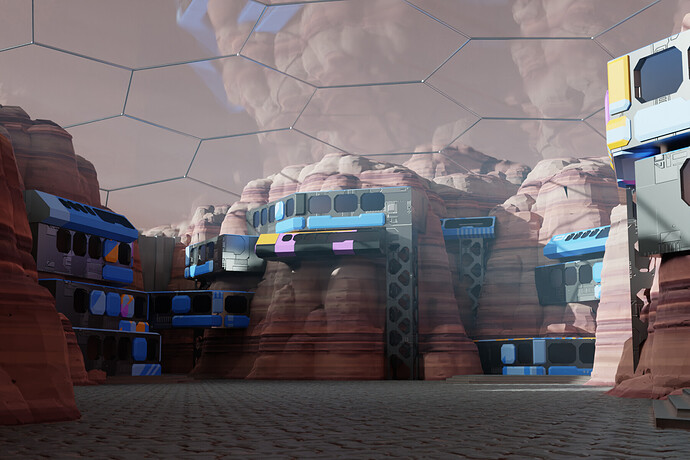 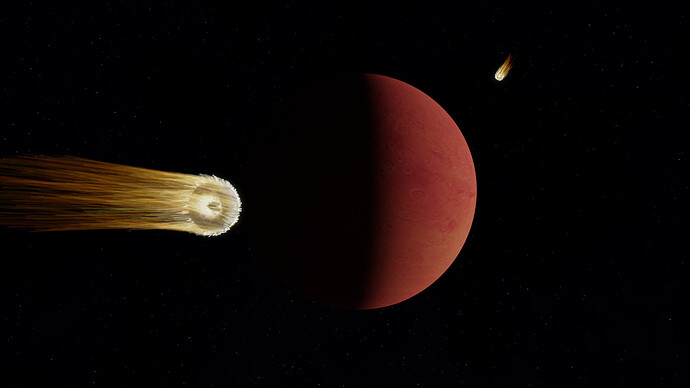 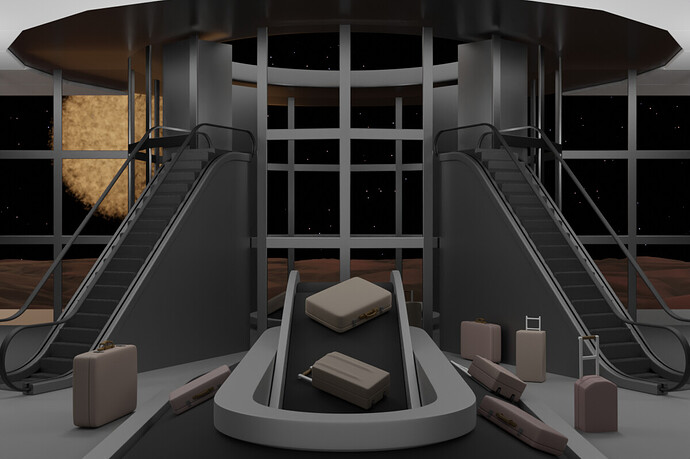 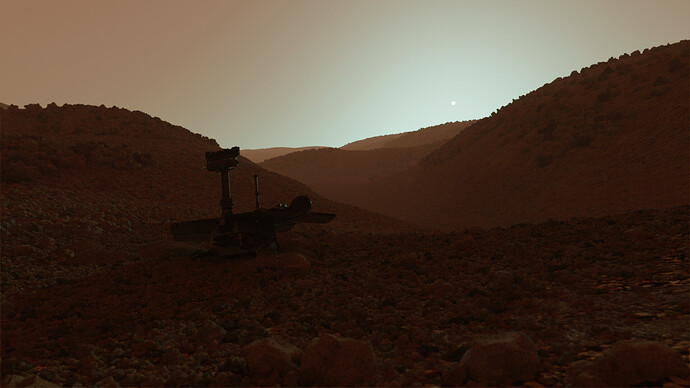 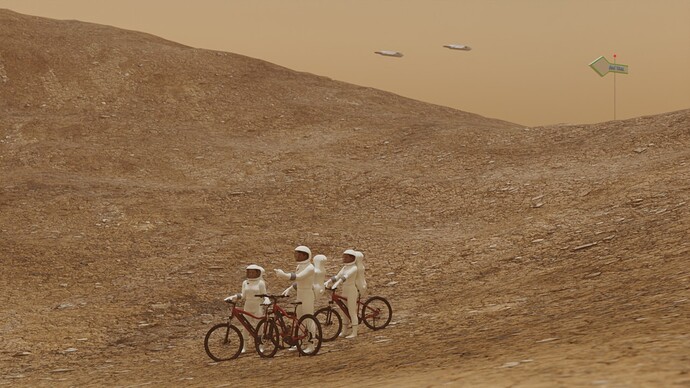 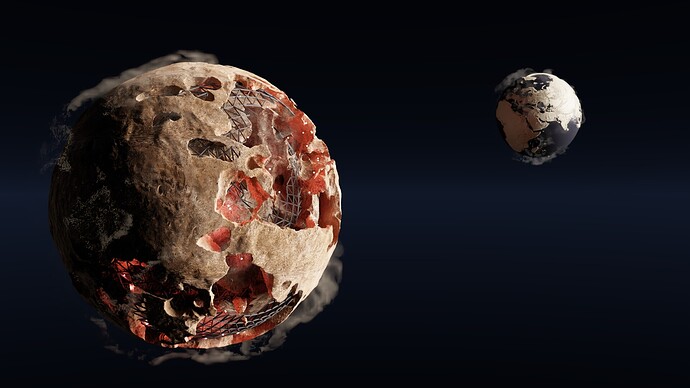 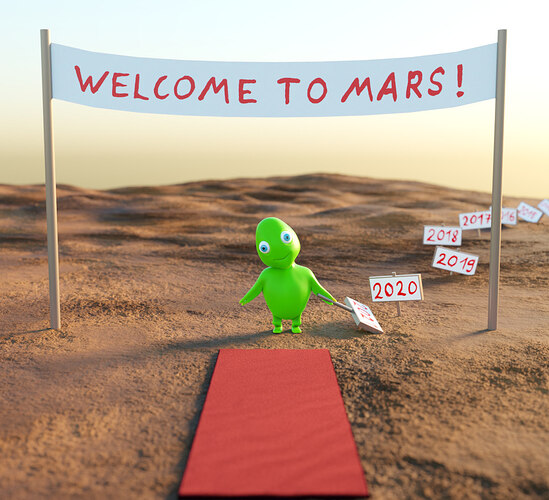 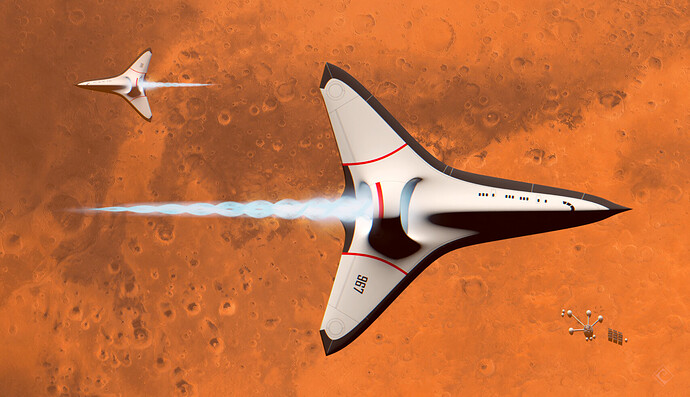 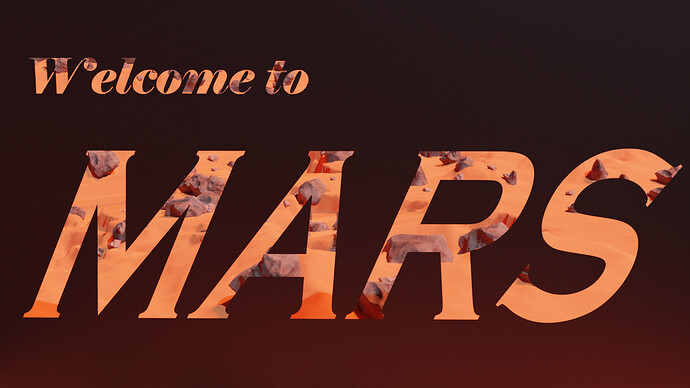 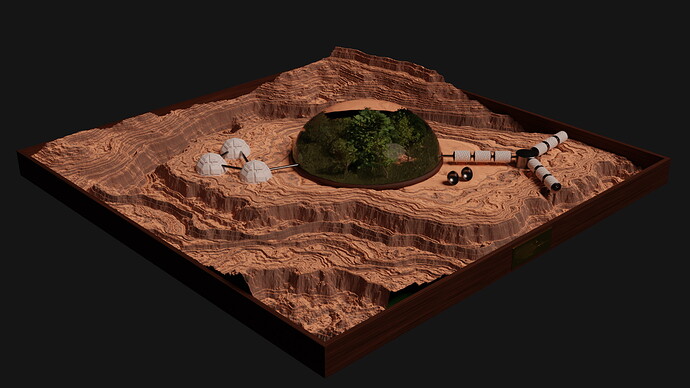 Hard decision this time. So many good pictures

It’s a great theme. Not sure we get there by 2022 though.
I actually didn’t completely get Helge’s at first, but I would come to something similar. It’s a good idea.

after a longer time of silence there are new pictures from Mars these show unusual mountain formations which point to a 3d program. the map was created in worldcreator, everything else Blender 2.93.5 [still_01_DxO] [still_02_DxO] some makings of-pics [shade] [tex] [render] [topo] Walt

And… the winner of Weekend Challenge 967 with votes from 42.9% of the voters is… Ali-Nasiri!
Here’s to all the great participators…

Thank you all.
my post in blender artist and see WIPs ( Welcome to Mars - Artwork / Finished Projects - Blender Artists Community)

Usually there are between around 25 and 35 different voters per challenge. Now suddenly we have almost 60 here and most of them only voted once instead of two or three times. Looks like a lot of new one-time-active accounts surprisingly came to vote exactly once. Many of them certainly with the same IP number and brand new, I would advise. Disappointing that this even happens for a challenge that is all about fun

Doesn’t an account have to have been around for a while to vote? A half of year or year?

@flloyd I noticed. Actually, this happens from time to time. Usually it is caused by someone showing his/her entry on twitter/instagram/facebook/… Well, as long as it is an isolated incident, there isn’t much that can be done. If it happens repeatedly, I’ll ask Fweeb or bartv to take a closer look. Fortunately that hasn’t been necessary very often.

On the topic of Mars: Let’s stay with it for a little longer.

thanks, I really appreciate it