This composite was inspired by the movie “Harry Potter and the Deathly Hallows Part 2”.
Completing this project took longer than expected mainly because I didn’t plan anything, I just did it.
One problem I did encounter was that I couldn’t find a proper 3D statue of the character “Salazar Slytherin” (The face on the wall).

There lied my second problem. The face/plane by itself was subdivided so much, (for better detail) that I had to make the plane by itself a separate Blender project because my computer can only handle so many triangles.
On my main project, I placed a green screen plane in front of the tunnel and made two separate renders.

I composited the two renders in After Effects, and color-graded the final result in DaVinci Resolve.

(Edit): [2 years later] If I had to do this project again, I would have done things differently.

So there you have it! Aside from my tedious process, this was actually pretty fun to make and I’m happy with the way it turned out. This was my first ever final blender render. I hope you like this as much as I enjoyed making it! 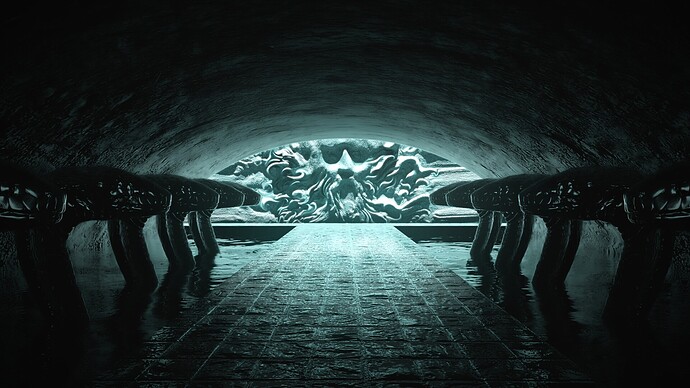 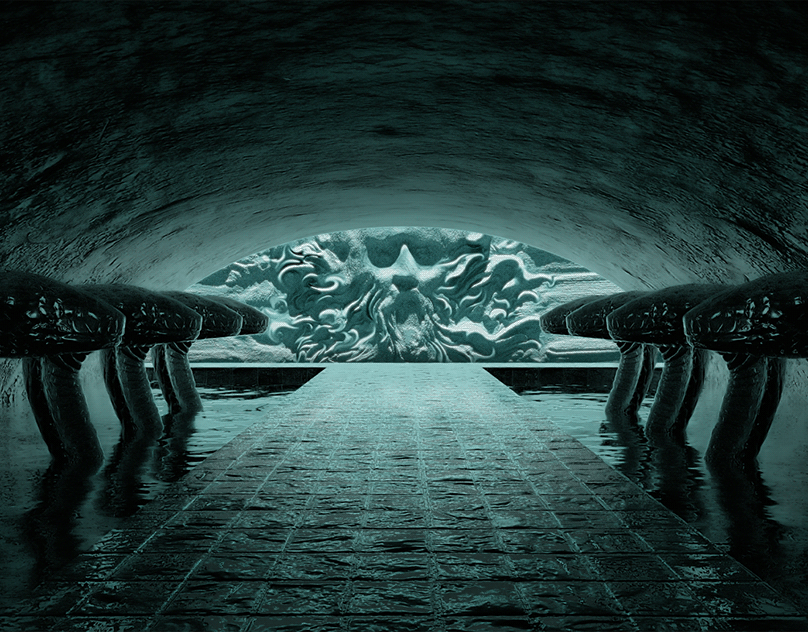