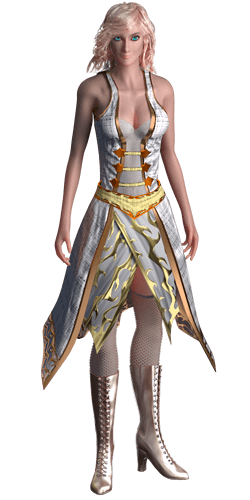 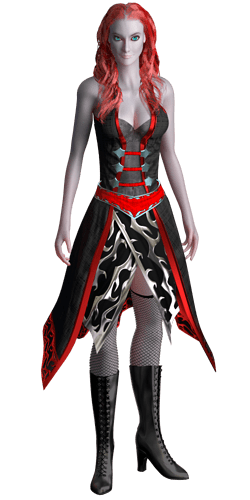 what can be improved?

The face seems a little “flat”. I think it’s because of the lighting. I’ve never tried it, but adding some ambient occlustion might help. The dress also seems to be a little “stiff”.

Thanks, i will fix it)

I think it may be the sss too much powerful, try with a lower scale; the eyes and hands are a little weird, but not sure how to improve…

I agree with mik1190 about the SSS being too high. Otherwise nice character. (personal prefs but i prefer the hairstyle on the redhead)

I think you meant to say “character” instead of “charackter” in the title, just wanted to point that out;). But other than that great job. Its looking good.

Suggest slight variance in posture and more difference in clothing. between the two.

Do you use cloth feature in blender ?
In fingers and upper leg don’t have natural skin.
But briefly your modelling is nice …

Nice character, to make the arms a little more realistic, you can add a little indentation to the inside elbow area. I see a little there, perhaps the lighting is making it harder to see the depth of it.

For the hands, the hands are fine. The wrist are too thick. Thin them out.
The character heels give the nice appearance, but they are a little high, giving the impression of discomfort. I would shorten then slightly.
Other than that, I want one

Do you use cloth feature in blender ?

no i don’t, i tried but don’t achieved good result with cloth simulation in this work

thanks all for critique

I like the concept but I agree the eyes are a little too sharp I think. It may just be the turquoise color is too bright. Unless that is key to the game! The collarbone on both is a little low I think, should be more in line with shoulders. Also I don’t think the wrists are too big but the arm itself is too skinny. Maybe give her a little more muscle and more realistic proportions on the arm. I think they look a little too barbie like… but the modeling looks really nice and the texturing is great. Good job!

Compare the girl on the left to the one on the right. The one on the right is much less realistic, not because “she has less hair,” but because there’s a big wash of blue light across her face which … well, first of all … matches the color of her skin too-closely. Therefore, it wipes-out her cheekbones, her collarbone, all the way to her left breast, while at the same time oddly-contrasting with her hair (having the net-effect of seeming to push the hair forward on the Z-axis). Unlike the “left girl,” this is not “light playing across her skin,” but rather, “light interfering with the 3D Illusion.”

The two women, although they are unquestionably “the same 3D model,” due entirely to their lighting do not play equally well side-by-side.