Trying to model a character. Sculpted this in Sculptris, now off to retopo 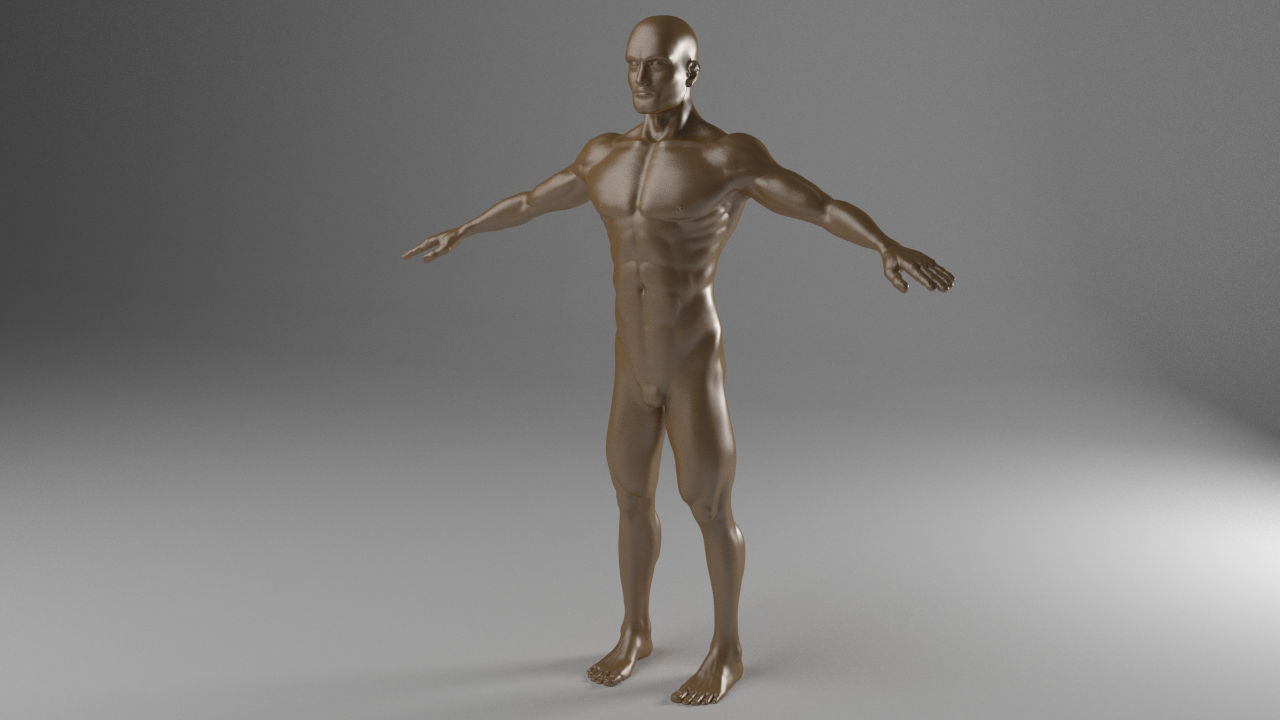 He is VERY muscular. Shoulders stick a bit too much up (they look a bit like pasted spheres) and I would probably smooth a bit division between muscles on chest. Good job in any case, keep it coming.

Since I am aiming for a Street Fighter character, he will be a bit over the top, so not 100% realistic. Guess I should’ve stated that

Looking good. which character will it be?

Initial try will be Ryu. If that works out, Ken should also be pretty easy from this base

If I’m not tired of characters by then, a female character is going to be next.

The anatomy is good enough but I believe that the proportions are incorrect.
I did some sketching. I hope you understand. 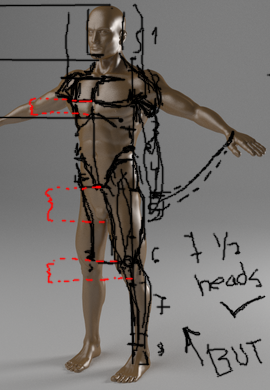 Thanks for the sketch. I’m trying to understand it… Seems like you think the torso is too long? Can you elaborate a bit? I can post a front view if that would make things easier

He’s saying that, in general, for an athletically built male, usually he’ll be no taller than the height of 7 and 1/2 heads. His own head being used as a unit of measure for comparison. The picture says the overall length of the body is correct.

However, the proportions between the torso length and the leg length are not correct. In particular the height and location of the hips/groin, the space for the knee joint, and apparently the sternum are off. The hips and groin need lifted quite a bit.

For example, in average males, the ratio of torso length to leg length is approximately 1:1. However, in a recent study it was shown that a slightly longer torso to leg length was considered more appealing in look to both male and female viewers. A 1.1:1 ratio between torso to leg was considered ideal, meaning a slightly longer torso than legs. Although, as you get longer in the torso you begin to recreate proportions of a midget, and then the figure starts to appear distorted.

That’s great information! I’ll see if I can adjust the ratios as indicated by the sketch then, makes all sense to me

That’s just the thing with doing characters, proportions matter so much. Oftentimes I look at this and I can feel that something’s not right, but can’t really pinpoint it. It takes a lot of experience to identify slight improportions (is that a word?), so I really appreciate the input!

I tried to correct the proportions by moving the indicated areas and I have to agree - it totally looks better now. What do you think?

I think it looks more natural now. Great job.
btw FXR, that was exactly what I was trying to say. Thanks.