It’s a little scene I set up for the purpose of realism while still sticking to the blender internal. Furthermore, I’d like to know your rendertimes for comparison with mine. It was rendering extremely slow in my opinion, my i7 950 4Ghz took just under one and a half hour to finish it. 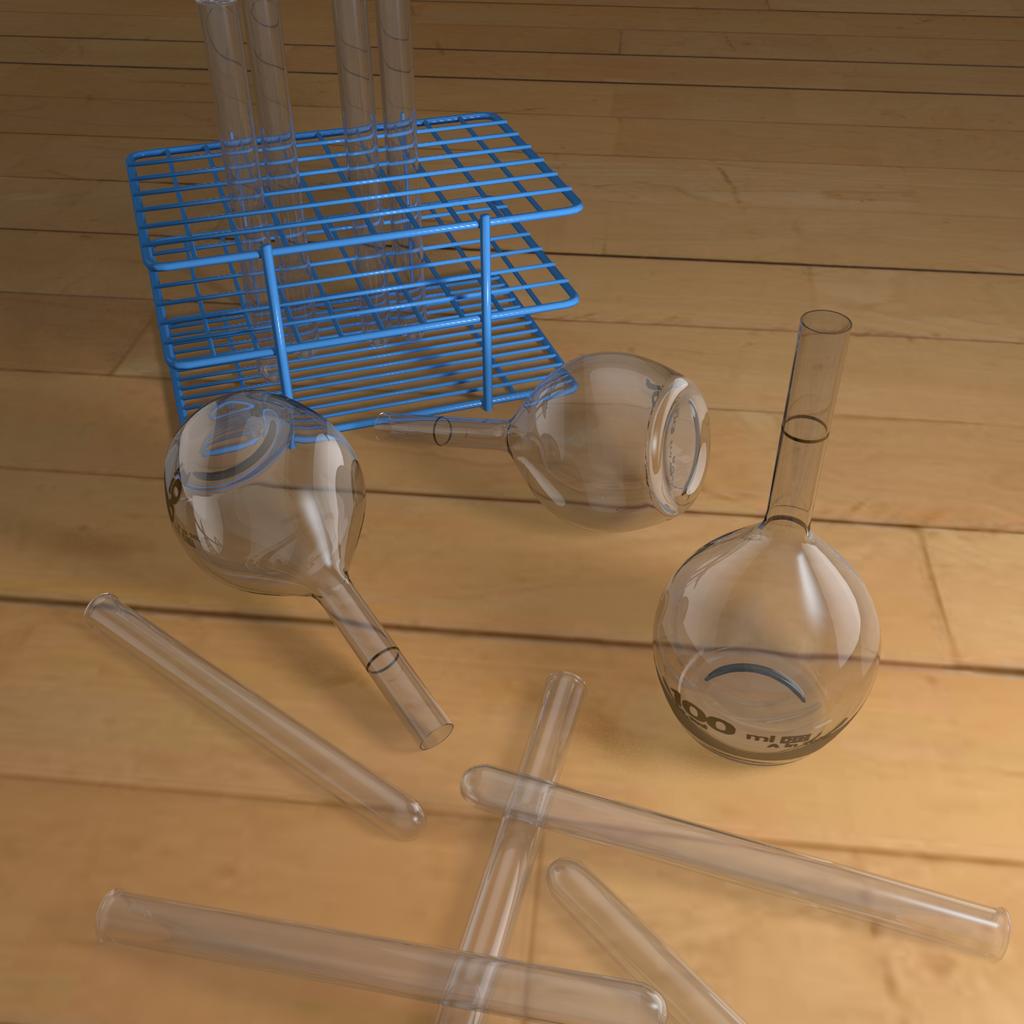 Wait, that’s blender? I thought that was a real table with stuff on it for a minute there… wow

Tha lack of caustics really makes this look fake, and the reflection looks very BI-ish… is there any spesific reason why you wouldn’t try out an external renderer? This scene would require a lot more features such as GI and caustics for it too look real.

It did render very slow on my part as well, but for proper testing, you should pack the textures within the .blend file (file -> external data -> pack into .blend file) before posting it. Oh and btw, the normals on the bottle seem to be faced the wrong way, in the inner shell.

I tried yours quickly in luxrender, unfortunately your glass needs more thickness so not going to run it anymore. Only changes (excluding materials) was removing the point lamp and converting the other lamps to area. 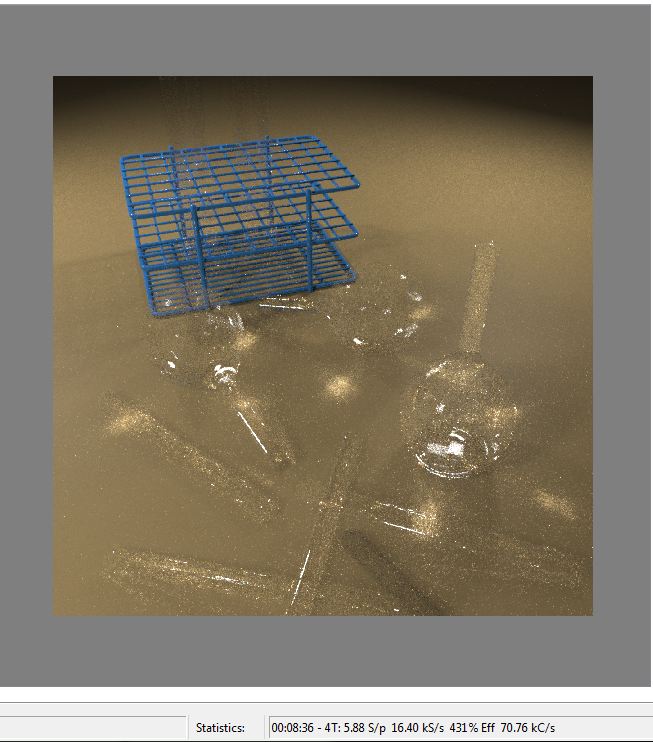 I also made a render in Luxrender, I had to remove some overlapping vertexes on the bottle, and your small test tubes are interfering with the ground so I repositioned some of them. IMHO the thickness is just perfect.

What render settings did you use? (as in the glass material). When I rendered it in LuxRender it turned out really weird, I just used the Glass2 preset with no additional settings, and as you might notice (even though I did not let it render for a very long time) it’s just weird 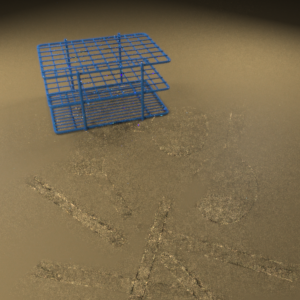 @Stuart.T: The glass thickness is just fine. I modelled those flasks and tubes after real world examples, which should do fine in a physically accurate renderer (I guess).

All joking aside those look really good.
Better than the one test tube I made.

You must assign luxrender volumes to interior and exterior of the glass2 material for it to work, check out this tutorial over at Blender Cookie for an understanding of how the material works: http://www.blendercookie.com/2011/05/03/rendering-a-liquid-filled-glass-in-luxrender/

I’m attaching the blend file I adapted for export to luxrender, remember to enable the luxblend addon after opening the file so that you can see the luxrender materials.

Just wondering Xelus, with second, you mean GLaDOS’s, mine or stuart.t’s?

There’s more to it than just BI + caustics, LuxRender calculates the physically correct reflections and light bounces which gives it a realism-boost

Now I grasped the idea behind volumes in luxrender, I tried to set up my own LuxRender image. However, when I export the file from Blender 2.58 into Luxrender through the exporter, Luxrender boots, but before the scene could actually be loaded it crashes my pc, the OS goes to ‘non responsive’.

I’ve tried to export the file straight to .lxs in blender, however, that only results in a 4kb file, which is rather small and does not work in luxrender.

You are sending the image @ 1000% (not sure if this is the problem), otherwise make sure you are using CPU rendering not hybrid, as you might not have the hardware for Hybrid.

Also Artorp was using Glass Fused Pyrex present which looks really nice, fyi. Also he used a HDRI, luxrender doesn’t work so well with point lamps I think you should remove yours.