I have been working on a Christmas scene for a few days but it isn’t turning out how I was hoping it would. I would love some critiques on this image to help me improve it. 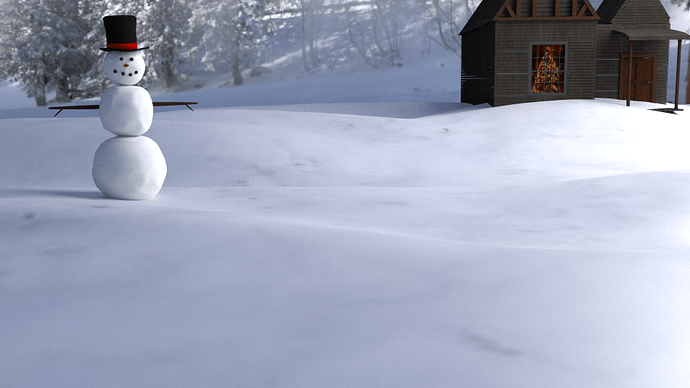 for starters I think your scene is looking really empty right now, try adding trees, bushes, grass sticking up through the snow, rocks, or anything to add to the foreground. The snow right now is looking a little to uniform, try upping the subdivisions and adding a displacement map, and put either a bump or a normal map into the texture. there also seems to be some scale issues going on, the snowman and the scale of the background image is making your cabin look tiny. but overall I think you are off to a good start, I am actually working on a very similar scene right now.

Thank you for the suggestions! I spent some time working on the snow, not sure if I like it or not. I also tried to fix the scale issues and tweaked the camera angle a bit. 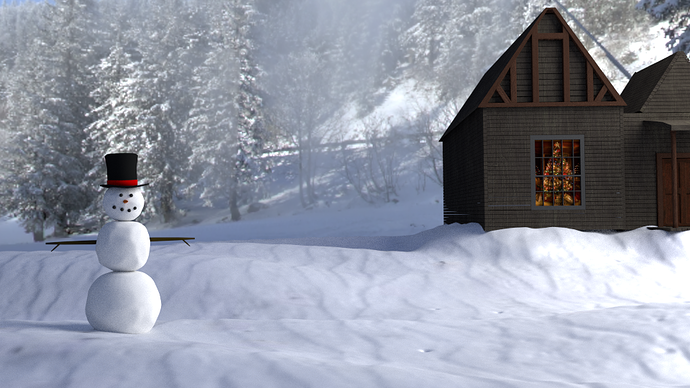 Next on the list to do:
-Add some bushes to the front side of the house
-Fix textures on the house
-Add a scarf to the snowman
-Fix lighting

I am also going to try to make the snowman the focal point of the scene.