I want to make a world light based on an existing environment. I’ve read a tutorial on how to create your own equirectangular HDRI by stiching hundreds of photos together and running it through a software.
But I thought I would try the other way and use a reflective ball.

Hello… See you this link… http://akromatic.com/

Any other alternatives out there?

Creating spherical HDRI requires some expensive material.
Do yourself a favor and instead of the the reflective ball go the fisheye route.

All of this photo stuff is expensive.

Note that I researched this topic a couple of years ago and my information might be out of date.

I have a Canon 5D mkII and a good tripod. I might read that book you recommended. But I just want decent quick results. Doesn’t have to be perfect. Just quick.

I thought the reflective sphere idea sounded pretty good. Any tutorials on that? And a cheap ball?

If quality isn´t that important you can just get a cheap reflective ball from a hardware store. You know, these balls that are made to decorate your garden. The bigger the better.

It´s more time consuming, though as you have to set up the ball and then take images from different locations and later on you have to remove your reflection from the ball.
With the fisheye method you simply setup your tripod shoot in 6 directions - forwards, backwards, up, down, left, right - and you´re finished. You might have to digitally remove the tripod in your down shot but often that is not even necessary.

Try a mirrored gazing ball sold in the garden section of any hardware store, they come in 2 or 3 different sizes I believe.

I have a Canon 5D mkII and a good tripod. I might read that book you recommended. But I just want decent quick results. Doesn’t have to be perfect. Just quick.

I thought the reflective sphere idea sounded pretty good. Any tutorials on that? And a cheap ball?

If you don´t need HDRI that looks useful.

I guess I have to do some reading on the “Mirror Ball” setting in the “Environment Texture” node in Blender Cycles. I thought it would be possible to use a single image of a mirror ball to get the lighting approximately right.
Of course Blender wouldn’t be able to figure out how the world looks directly behind the mirror ball, but that wouldn’t make much difference if the object’s not supposed to be transparent.

Plus you would be able to get the reflections exactly where you want to place the object (not where you can rotate a camera).

But I haven’t found that much information on the Mirror Ball setting and how it works.

Please note that I only want to view the model from the same angle I’ve taken the picture of the mirror ball.

And regarding the garden ball. I don’t think we have those in Sweden.

Does Amazon ship to Sweden? 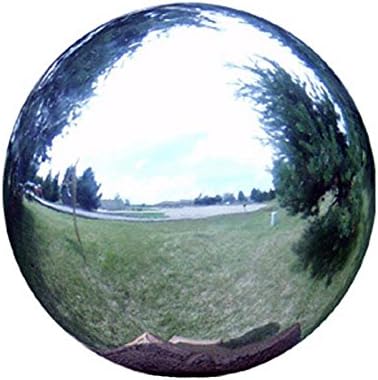 Begin your Gazing Globe collection now by adding one of our signature metallic stainless steel globes! The standard 10" Stainless Steel Gazing Globes will be sure to add some pizazz to your garden or ...

The HDR Handbook mentioned above also talks about shooting mirror balls for lighting reference. Ideally you would mount the ball on a tripod and shoot it from multiple directions. In practice, if you’re on set you would rarely have that luxury though, nonetheless you can still get very serviceable lighting reference from a single shot of a mirror ball held next to your subject for a few seconds.

You don’t want to use the mirror ball method. The other one produces far more superior results. I’m pretty sure you’ve read Greg’s article - if not, here you go, everything you need to know: http://adaptivesamples.com/2013/11/17/how-to-create-your-own-hdr-environment-images/
You have a nice camera, you can install magic lantern, that will do most of the work for you. Even if you don’t need giant, 8k maps, the results of the stitching method are much better even @1024, than a mirror ball map.

Any other alternatives out there?

Yes. Christmas is around the corner. Just buy a big shiny christmas tree ornament. It gives exactly the same results.