I went ahead and converted the comments inside each of the cityscript scripts from Geman to English.

They are in the attached BLEND file.

Original source can be found here:

Also linking back to the Python Forum where this thread started:
http://blenderartists.org/forum/showthread.php?t=141116

It is too bad the forum administrators do not allow attachments of BLEND or images in the Python forum. Cross posting like this (just to attach a file) could be avoided.

I have been playing around with the Blendopolis City Script a bit. One thing I noticed is that the final output is linked directly to the original source mesh data. This means you can use RVK to animate an entire grid of objects by applying relative vertex keys to the source meshes on layer #2.

I am uploading a new BLEND file where I have replaced the original city objects with alternates.

Kind of interesting, but all you really have to do is open the BLEND file and click “Build”. 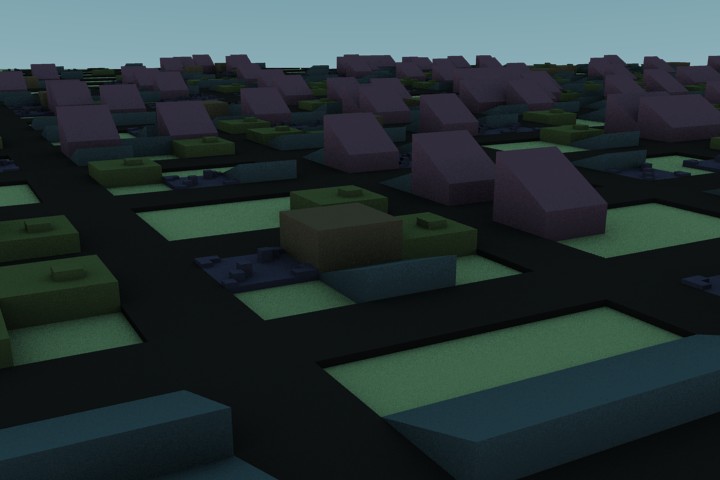