So some time ago I started a little hobby project. It began with an idea to see how easy it would be to sculpt a cacodemon in VR using Oculus/Adobe Medium. Within a couple of hours I had a pretty nice looking little monster pal. 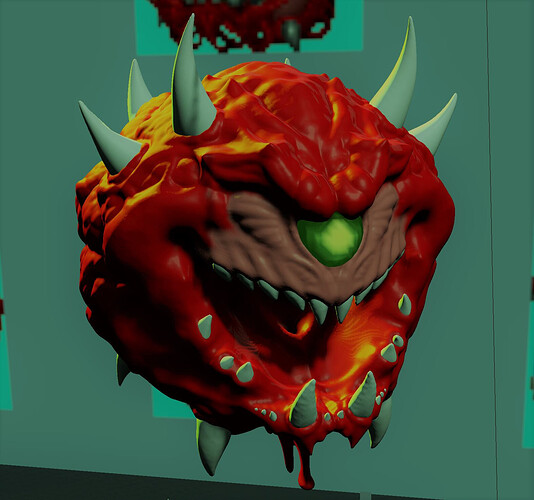 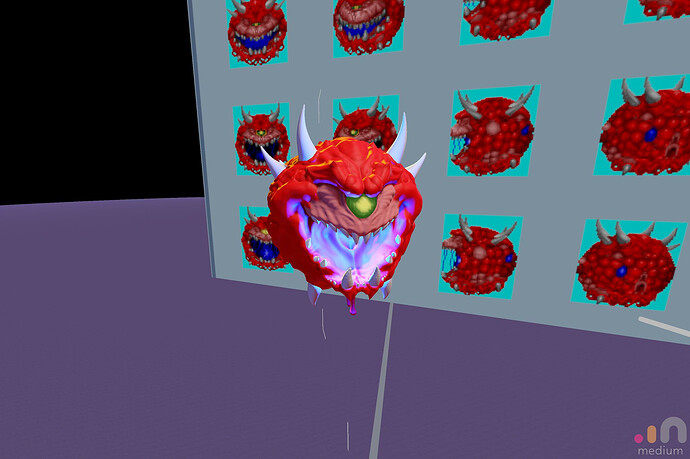 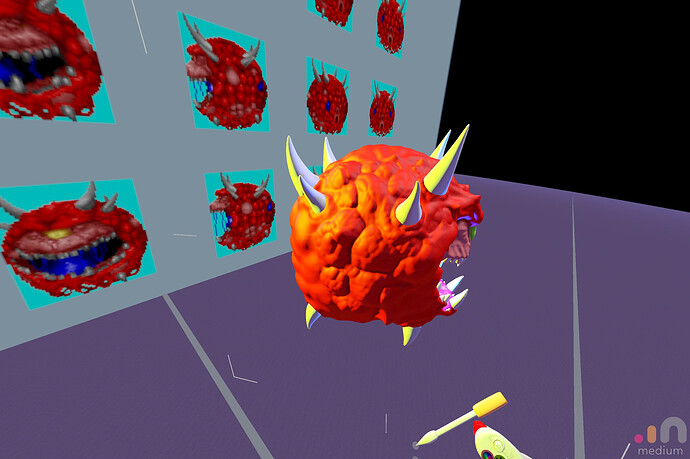 There I left it for a few months, doing other work, until recently when I decided to load that model up into blender and clean it up a bit, rebuilt the horns using the skin modifier and some subsurf. 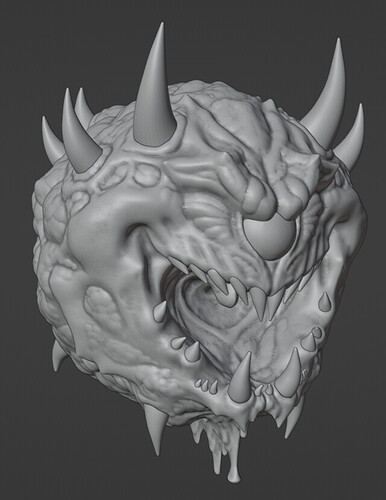 After that I threw it into Zbrush for the final detail pass. Once I was happy with the detail, I created boolean key cutters in blender and threw it back into zbrush for the final bools since blender would probably explode trying to bool some 5mil poly model. 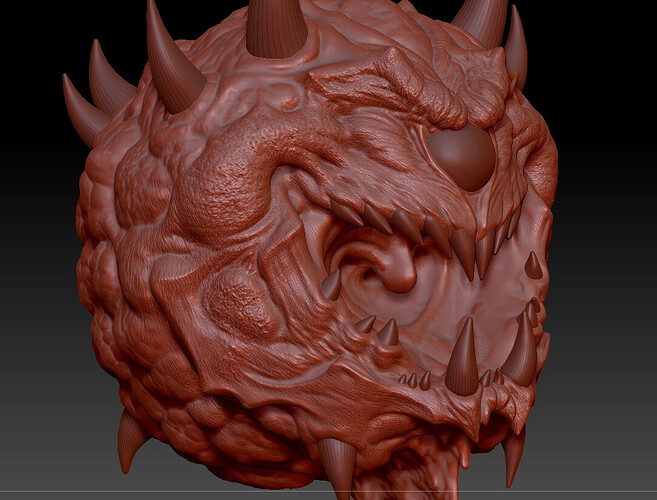 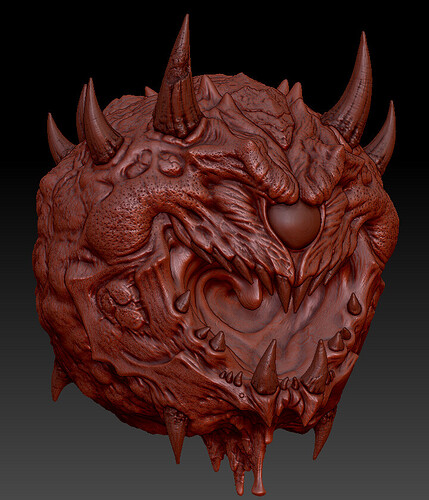 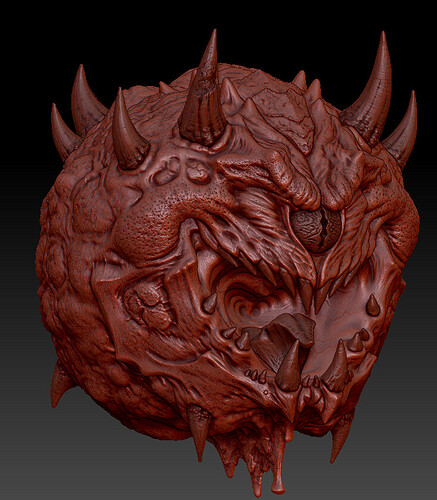 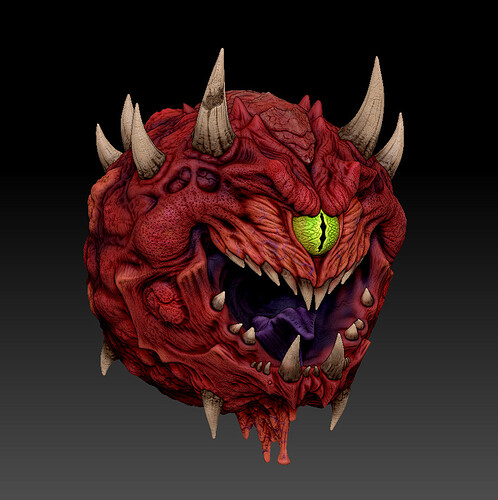 Here is my 3D printed Caco. Still needs a little cleanup, but I plan to make silicone molds of each part so I can put painted and unpainted versions of this baddy up on my etsy. 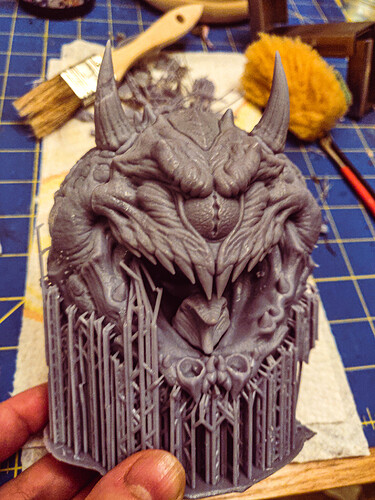 I have yet to design the stand for this guy though, so that’s next on my to do list!

If anybody wants to try to print this themselves the model is up for sale on cults3d: https://cults3d.com/en/3d-model/art/cacodemon-fan-art

What a beautiful version!

Aw man, if I could I’d have a couple of those hanging from the ceiling of my room

Hey thanks!
Here’s a better look at the cleaned up print. Have to get some silicone so I can start molding this mofo.