Hello,
I’m trying to create a photorealistic clay shader here is my first draft, I assume that it need more works that’s why I need your criticies and suggestions to help me. 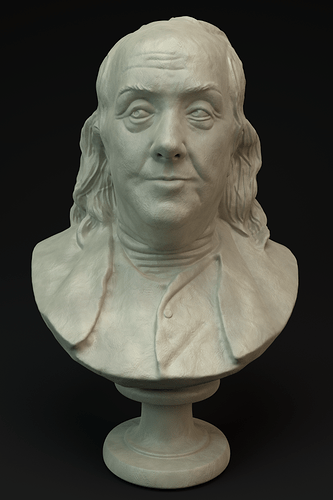 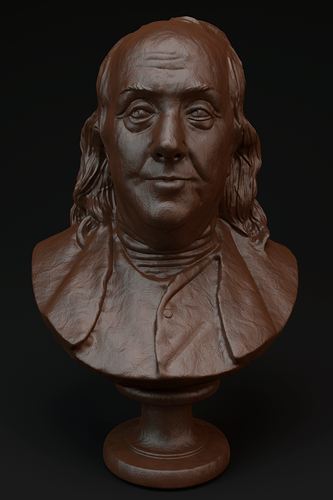 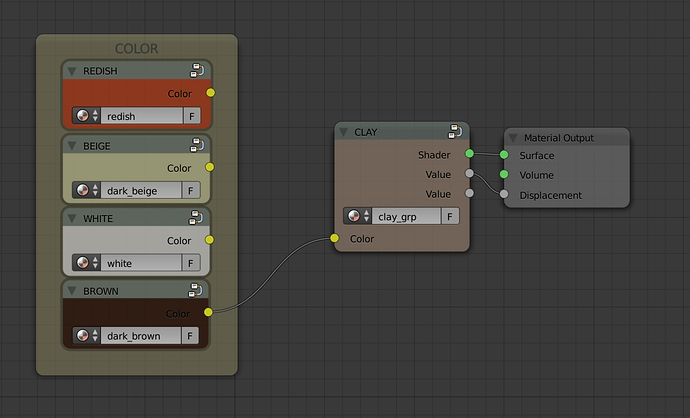 Shaders look very good to me. Kudos on your sculpting too.

this is a good shader, and a very beautiful portrait sculpt. i like the dark brown clay best, it lets read the forms best. … just one suggestion. make the stand in a different material, like stone or marble, or something else.

Sorry but the bust is a low poly 3D scan which wasn’t very detailed, I retopologized it and added details.
I decided to use it as a test scene for experiment my shaders.
Thanks for your comments! I’m a bit embarrassed by the fingerprints in corners and crevices, maybe by adding dirty vertex it can fix it.

I updated my shader by adding a layer weight (facing factor) to the glossy node, and added a softer surface in crevices thanks to dirty vertex map. Scene lightning has been tweaked too for a less boring render.
[ATTACH=CONFIG]351057[/ATTACH]
Full image

Wow, very nice shader! I agree, the dark one is the best.

Wow, very nice shader! I agree, the dark one is the best.

My last update I think, I’m satisfied of the result 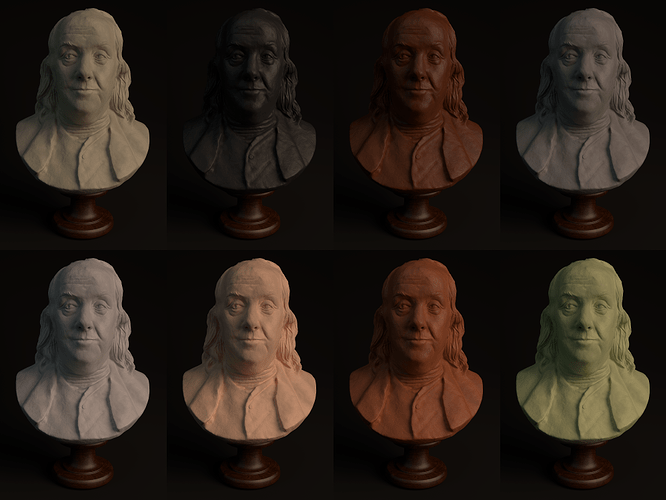 The result is a bit too homegeneous.

You should add a slightly cracked bump map.
This bump map should also affect your glossyness factor, deep area should not be glossy.
You should hadd subtle saturation variation to the base colour based on random map.

BTW, your shader is really great so far.

Comments are on the first four samples, not the later color pallet.

The next one, the red, looks a bit like rio red clay, except rio red does not stay wet and shiny like the sample. Anything that has been worked on to get that level of detail in the sculpture will have dried enough to have a matt finish. Much less specularity is needed.

The third one, does not look like any clay I’ve ever worked with, although I suppose it might be some kind of porcelain clay. Can’t comment on the appearance.

The last sample, the brown, is a dead ringer for modeling wax, except the wax model would not have had a base attached, since it’s function is to go inside a mold and get burned out, so the mold can be used to cast a bronze sculpture. Not that the base couldn’t be bronze as well, but it would get in the way of cleaning out the plaster from inside the bronze casting, so it would be produced as a separate piece.