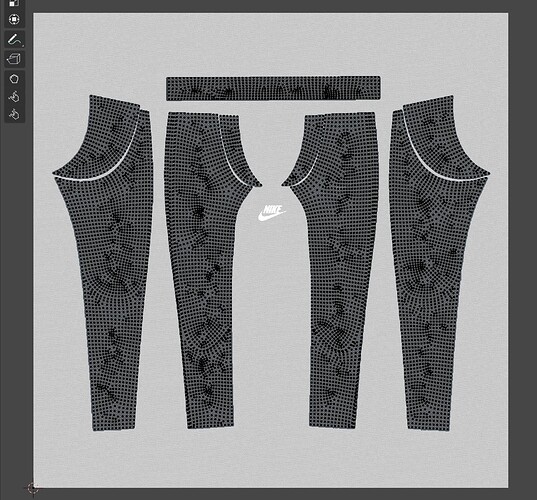 After placing the pants on the character,
Add Cloth to the pants
Add Collision to Character

And simulated with all settings defaults.

However, the pants ripped along the UV seam and exploded.

Even if I changed the position of the pants and dropped it from the top of the character, it rips when it touches the character.

How can I properly simulate without ripping clothes?

It looks like these are imported from Marvellous Designer, right?

If that’s the case, then the meshes remain separate, which is why it’s coming apart at the seams.

I think there is an option in there to merge seams, or something, but It’s been a while since I’ve used it, so can’t remember exactly.

Either way - Marvellous Designer or not - it’s likely the same problem. You’ll want to merge the seams. I don’t think removing doubles is going to do the trick, unless there are equal verts on each seam; so you might need a little manual work t do so.

Alternatively, Blender does have a stitch option with cloth, which attempts to stitch seams together, similarly to MD. Might want to look into that.

Thank you for your answer.
The ‘merge’ you’re talking about is probably ‘Merge by Distance’.
After selecting the pants object, I tried Merge by Distance, but it was still torn.
Maybe I could just select the UV seam vertices and try again.
But I don’t like Merge because it distorts the vertex structure.
So I guess I’ll have to sew like Marvelous if I want to join the seams and preserve the vertex structure.