I’ve looked over other cloth simulation issues and don’t see my issue here.

I’m trying to follow this tutorial (with slightly longer pants and sleeves on the shirt): https://www.youtube.com/watch?v=HPz5gk_AT6w&list=PLCq3zOs0aFckSBA9Hr1jNumz56PNzj8fU&index=179

When I try to run it, the cloth ripples, but the sewing force just… does nothing: 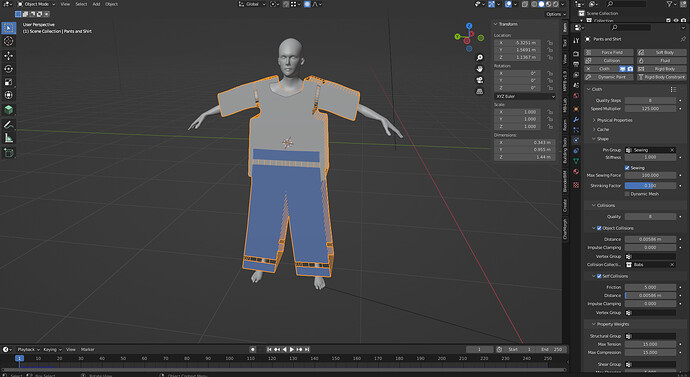 16 frames into the cloth simulation: 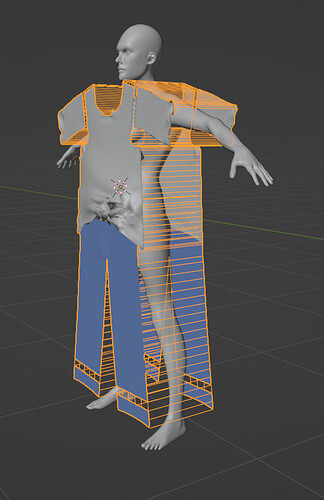 I’ve tried playing with the sewing force, including turning it up to a frankly ridiculous number. Around 200 it turns into a crumpled ball and disappears, but up until then it does nothing.

I do have a pin group which has the appropriate vertices assigned with a weight of 1: 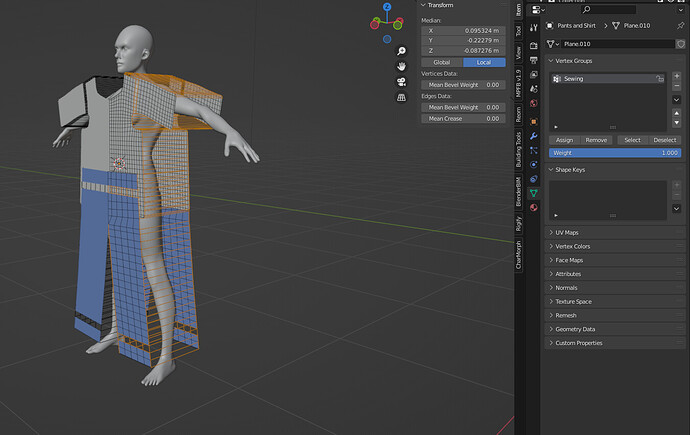 I’ve never gotten a cloth sim to work in the few months since I started trying it, but even when I was getting crumpled ball issues, it would at least try to sew, and I’m following this tutorial closely. What am I doing wrong? I do have other objects in the scene, but none of them have collision modifiers but for the body and they’re all disabled except for these two. Could that be making a difference? Even if it was, it seems odd to me that it would result in this behavior specifically.

No time to watch the tutorial so maybe he mentioned this already.

Offset the start of the pants and upper short so they dont intersect at the start (start the shirt 10 frames later).

Okay got it. You put the sewing group into the pinning spot which will hold everything in place and it wont work like that. You have not followed the tutorial closely enough. In the cloth settings under shape, delete the sewing group in the Pin Group Spot.

Oh shoot, you’re absolutely right. That was the issue; thanks so much!