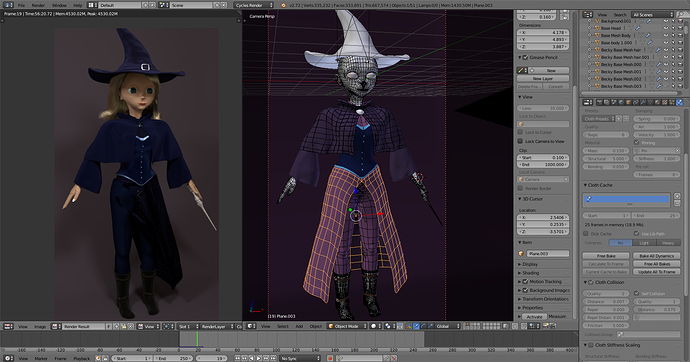 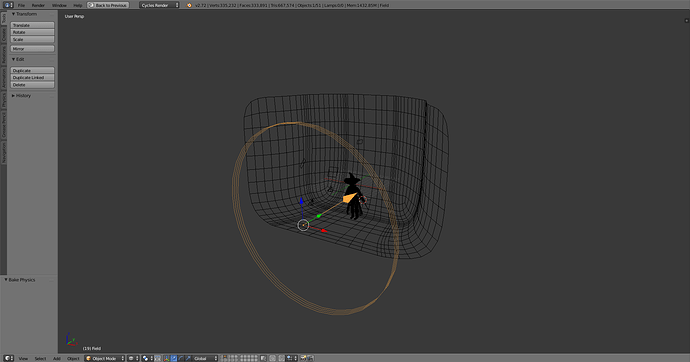 While modeling this character which is still ongoing, it was suggested that I could add some wind to the test scene, which I did. The hair seems to be reacting to it fine, though the cloth simulation seems to go crazy after I hit render.
The first image compares the viewport image to the render. I’ve rebaked the simulation multiple times though I still get the issue of it looking normal in the viewport but when I render it it doesn’t match. Any thoughts?
Thanzex (Thanzex) October 22, 2014, 12:31am #2

We can’t help you if you don’t provide your .blend file

Solved, it was baked at 3 subsurface levels, rendered at 2.