Another blender newbie here, and in trouble.

I need, as a conclusion work for my blender course, to make a character

I went through almost every step, suffered a lot and learned even more, but on the clothing part i might be reaching my limit because i don’t know the right order of doing what i need

So basically my character is a samurai-like figure and the clothing is similar to an open robe or kimone tighened by a cloth belt.

More or less like this, sans the shoulder part (i hope)

Almost every guide on clothing simulator on youtube works with either clothing with only two pieces (front and back) or fully simmetrical.

I read most of the wiki, saw at least one hour of video guides, got the ideas behind basic material properties, adding collision, baking and applying the modifier in the right frame, etc. but some things are just hard for me to organize in the head.

1 - how do i make the cloth fold asimetrically (one side below and another above the other? do i manage each of the “halves” as a separate piece of cloting? can i make parts of the simulation move with different properties from the rest?

2 - How do i make parts of the cloth follow a specific direction or be attracted to a specific part of the model? I want the parts of this robe to move to the sides to close it rather than just go down with gravity.

3 - Which is the right way of making the “belt” stick to the body: more springs? forcefields? zero gravity? any other modifier?

5 - How to make everything above still works with the model posed (without crazy intersections or clothing fhying because of a collision problem): do i just put the pose on a faraway keyframe and let the simulation run until he slowly changes between the resting pose and final pose? do i need to add extra keyframes for other poses in between? is there any easier or faster way to do it?

6 (and most important) - in which ORDER do i do each process? do i prepare everything and simulate in one go or do one step, bake the simulation, do the next, bake again, on and on? Is there any problem in making cloth simulation multiple times on the same mesh?

as a bonus, does anyone know a practical way of controlling drapes and folds in the cloth simulation (see the “skirt” in both figures: both have decorative drapes)

Thanks for any help you can provide 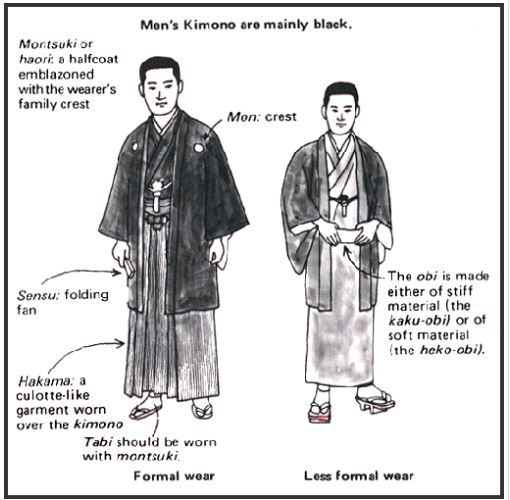 Having played around a bit so far with hair and cloth for my first character, I’ve learned a few basic things so far.

When it comes to making or posing for a still image, you can get some very good final results, even if it does take a bit of trial and error and manual manipulation.

If however, your goal is to create a believable character for animation, the hair and cloth simulation really break down and become a big nightmare. The tutorials/videos of fuzzy balls or flags flapping in the wind are all well and good, but anything more complex starts to become an issue.

To somewhat answer your questions, any single mesh that you have setup as a cloth sim, can only have one lot of settings, so if various parts of clothing need to move or react different, they must be different objects. It is possible and very likely, that one would setup a general ‘fitting’ type object for the cloth, run a sim (with adjusted settings) till you get the general look that you want on a base pose and then apply that cloth modifier, manually adjust vertices, etc for a final look and then add a new cloth sim for animation.

One of the problems however, is that its very hard to like crease or fold the ‘cloth’ and then have that both stay together, while moving with the overall cloths as the character moves. Lets say you put a pleat in a skirt, you can then define a crease down those edges, but only an overall stiffness settings for the whole cloth. Make it too stiff and the cloth hardly moves, less stiff and the pleat will just fall out over the first few frames of the simulation.

In many ways, that’s the best outcome, the worse is that you have some vertices/edges that are tucked behind each other but a little apart, cloth self collision kicks in and before you know it, faces are flying off in all sorts of directions.

The one thing you do have, which is more or less an answer to question 3, is the use of pinning. Within any object, you can create a vertex group and assign that as the pinning group on the cloth modifier. What happens then is that the simulation won’t affect those vertices, however, if you have an armature, that will instead move then as part of the overall rig.

Having said that, chances are the belt isn’t a cloth sim anyway, it’s just a normal object, as it’s moved by the rig, not a simulation. Think of say a dress with a belt around the waist. The belt is just a normal object, controlled by the rig, the dress is a cloth sim, but at the point the belt goes around it, you don’t want any of that are of the cloth to be a dynamic simulation, so most likely there would be a edged loop on the cloth that lines up with the top and bottom position of the belt and all of those vertices would be in a pinning vertex group, so that they stay in a fixed position based on the movement of the rig.

With that in mind, what one is left to do is come up with an outfit that works within the limits of Blenders dynamic tools and decide which parts of the outfit will need to move as cloth and which parts that while they may still be cloth, are either pinned to the model or are just a directly attached object (like a belt), that has no cloth sim at all.

There’s a reason why all moving characters tend to have tight fitting cloths and either short hair or helmets.

it is for a still render, but i wanted to make it right, and draps, creases and folds are a nightmare in this system: it’d be easier if it dealt with varied pinning and springs groups, but only one per object makes it really hard to work with

Well, for still image, then yeah, use cloth sim to get the basics in place and then manually add/adjust for all the rest. Or, use what I think a lot of others use for cloth and that’s Marvelous Designer (www.marvelousdesigner.com).