Clueless, how to get this work [Texture Problem]

im trying to get this work now since almost 1 week and i cant, im watching serveral Videos etc… nothing can help me (beside this, there is no video for something like this , at least i couldnt find any),

so now i try to get help,

i got this Wall on the Right, i try to Copy it to learn, i got all the Textures the Person used for it but i still cant get it work, nothing fits together, im cluesless tbh.

(Im a hobby Coder and now since a certain time im trying to get 3D Art done and no its not easy but im putting so much time in it and it doest work out :S)

Here is from Blenderstackexchange a link so ppl who maybe have the time to help me, they can download it and try their best :S

can you elaborate what the problem is ?

first of, thank you very much for at least taking your time to help me,

the Problem is, i want to get the Color of the Right Wall…, but i cant,

i got the same Textures he was using but i still cant get this texture done,
im trying it now since days and nothing helps, my wall still looks bad and ye :S

then show the nodes set up there it is, also the top link have a “.Blend” file download link,
so maybe if you got time and not realy much todo, you could download it and take a look

Your texture files are missing from the .blend file (you can use the menu command File -> External Data -> Pack into .blend file and then save the file to create a .blend with all the external data included).

If I assign the materials from the right object to the material slots on the left object, then the shading looks the same (without textures of course it’s just Missing Magenta) so your geometry looks ok (the right hand one has beveling on the edges which yours lacks).

So it should just be a matter of comparing the shader node networks. I don’t see any object-level things that would be affecting it.

Sadly i cant Upload the Files all in one “becouse” , the UV Map from the other Wall is at 41MB ea. UV and there are 2 of them, they are at a size of 4k by 4k and the thing is, the wall is just a part of hes houses, but as i said, i want to start to learn and step by step …

maybe if cant upload any of them here, is there any good tutorial out there which would help me?

Or shall i just Upload the Albedo files from the left handed wall?

You can check the Compress [ ] box in the Save As… dialog and see if the UV maps compress well. You can also just delete the UV maps and save a new copy of the file and that might still be enough to figure it out.

But the shader networks are pretty complex, so I’m not sure how many people will have the patience to compare everything node by node to find what’s probably some simple difference.

Well, sadly it didnt work out,

here i Upload the file: https://de.files.fm/u/w9nqru7b

MAYBE if someone can take time to figure it out,

i would pay 10-15€ if anyone is interessted in, im realy into “i want to learn it”,
i spent already too much time to try to figure it out how it work, just a simple wood texture …(dont get me wrong, its not easy i mean if it would be easy everyone would do it) but ye, i set me some goals for ea. week and its hard if i get stuck and i cant get forward and time is running.

if you look at the 2 nodes set up they are very different
one mix some noise over the UV map
the other don’t
also one is using a normal map the other is not !

I mean what do you want to do ?

one with noise added and normal map or not ?

well i aktualy tryed to find the closest look to the “right sidet Wall” thats why i was “trying” to play around with it since i am not that advanzed,

i want a Normal Map on it since the Person which Created the Right Sidet Wall did it same way :s

map should use non color here ! 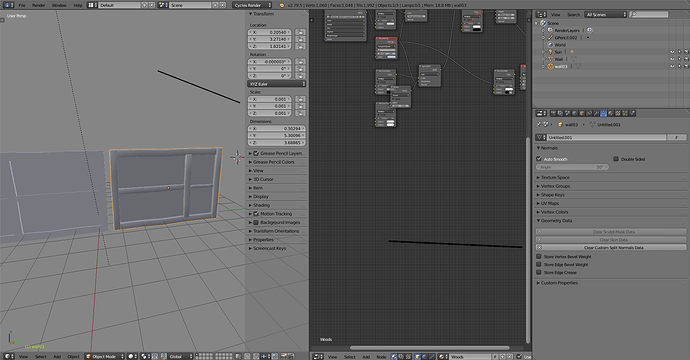 These look like imported assets because both have included custom normals, which would affect everything from shading to how the normal maps show up. The material setup for the wood also look like a converted one for Cycles, because it’s crap. The original material system and Cycles material systems don’t match 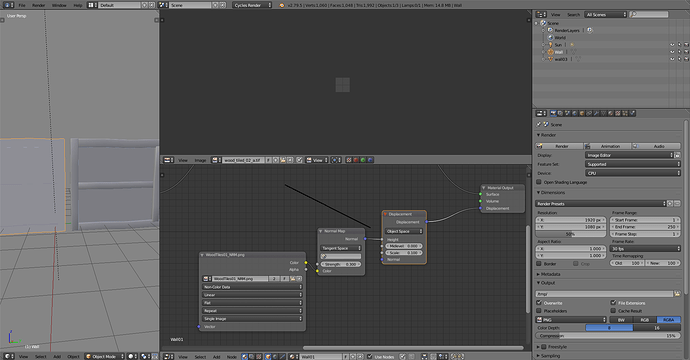 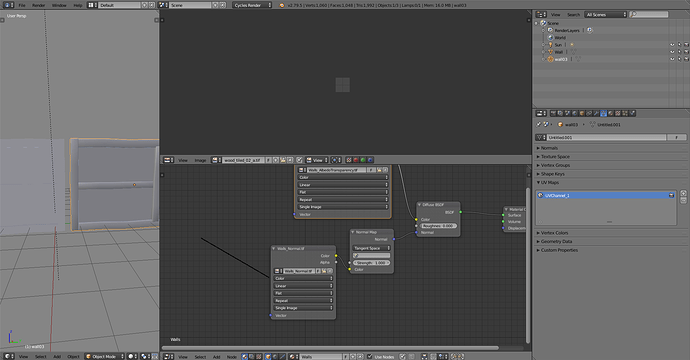 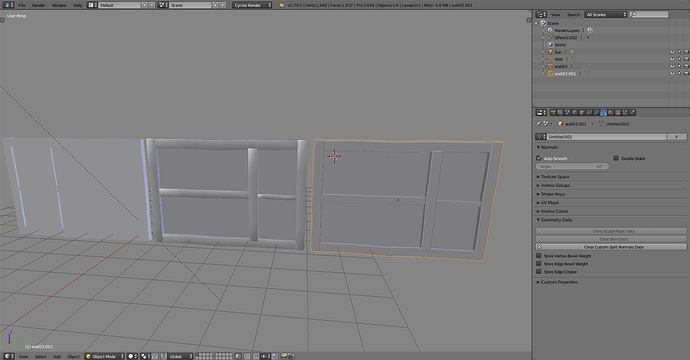 Sadly i cant Upload the Files all in one “becouse” , the UV Map from the other Wall is at 41MB ea. UV and there are 2 of them, they are at a size of 4k by 4k

Wrong term. An UV map is a 2D representation of a 3D mesh. An image is an image, and an image that is prepared for controlling a specific material property is called a texture map, usually with the property name, such as albedo map, specular map, normal map.

Texture maps can be resized, or cropped with same aspect ratio. That’s what everyone does when uploading screenshots on a support forum, which they shouldn’t, but with texture maps they’re suddenly too big.

thank you for that Large answer,

i went to sleep yesterday , im sorry im from germany it was already at night,

New Reply: The Texture is done in Substance Painter, well my turn to get into a new Software x),

i mean to make a House is actualy not that hard… the Texturing is not so easy tbh, well now i want to see if i can get it work in Substance Painter ,

thanks for all your help