Coke Can That I Had Trouble With

I had trouble with this can until Shr1k gave me a hand. Does anyone know how to make a top to the can? If so please help and thanks! 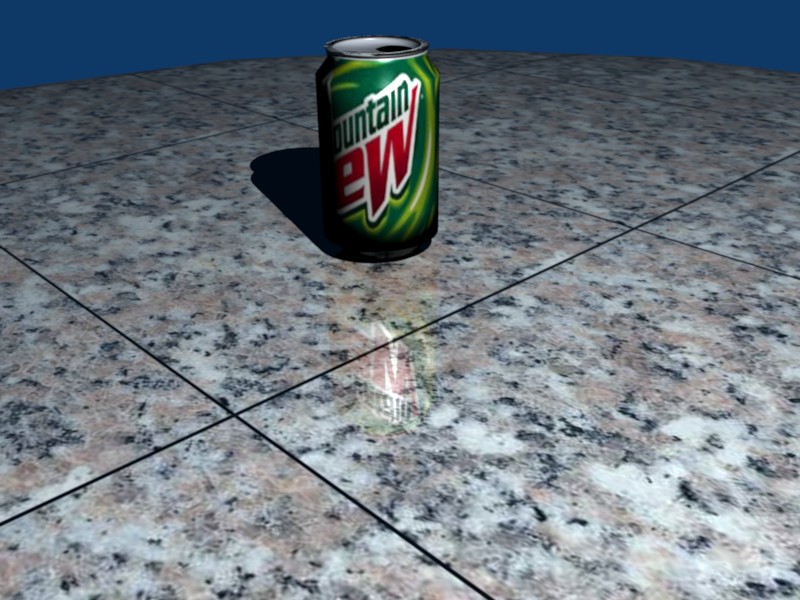 Most soda cans have a rim that sort of wraps around the top that is a quite thin. Then, the top makes a depression around the middle part of the “lid.” Then it comes back up, about as high as the rim, and that’s where the tab and the hole are.

On yours, it looks like the rim is too thick, and there is something weird about the rim; I don’t know what the black stuff is. Inside of that, the top descends too gradually, it should be a steep drop, then it should come back up. Also, the Mountain Dew picture looks a little blurry, I don’t know if it’s possible to find a higher res picture, because I think that would improve the quality of the can. Other than that, It’s not too bad.

This probably sounds kind of confusing, so I would search for “soda can top” on Google Images for some examples.

Do a search for the blender pop can tutorial. It covers all the mechanical design of a pop can (right down to the pull tab) as well as an excellant uv mapping segment.