I’ve been away from blender for about 2 weeks now due to some…life events… but i’m ready to get myself back into the swing of things. I want to start out by learning a few things on a small just for fun project.

I want to practice animating fighting movements by re creating a scene from one of my favorite shows where two people have a very climactic sword fight. I once made an animation before based of of a scene from something once before and i learned so much from it so i hope that i can learn alot by doing that again.

Perhaps it’s best if i show you the scene. And i’m sorry, the english version isn’t available on youtube >_> you don’t have to watch the whole thing. You’ll see what i mean within the first minute.
(People watching Sword Art Online at the moment, this is a huge spoiler)

You can call me a nerd or whatever if you want for loving anime but that’s aside the point! xD

I’ve recreated a scene from a show once before and i learned so much from doing it!

What i’m asking here on this post is is there a way to set up an object such as the swords to emit particles on collision so that i can make sparks flying around like that in the video.

And then the second questions is can i also make something like a sword emit some sort of particles to give it a glowing effect that leaves a short trail behind it? 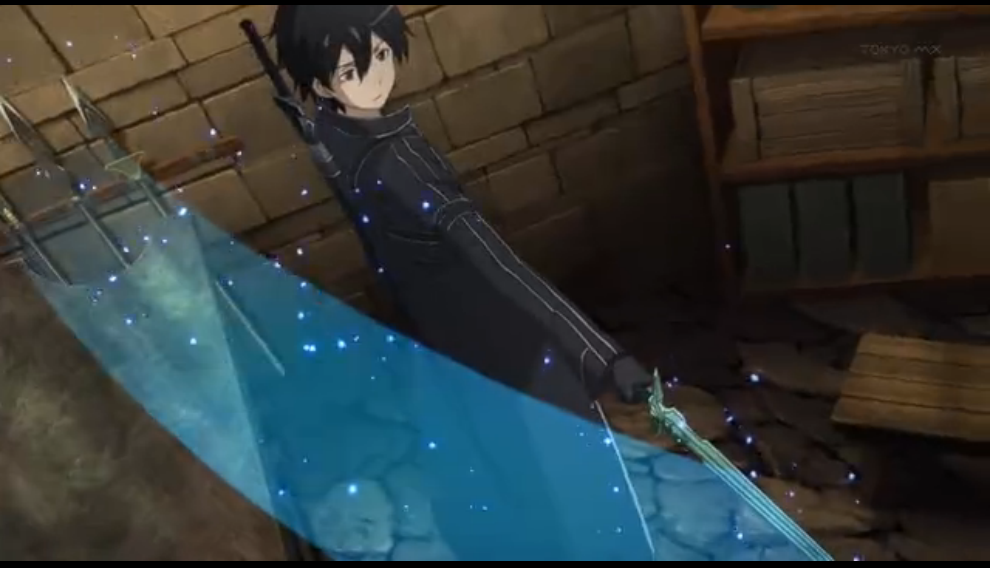 Anyone have advice or even know of tutorials that might help? x:

I already have a half way completed character model and rig for one of the characters so don’t worry about all that.
Other things i’m hoping to practice on is understanding what camera angles to use for motions and why they work, Motion timing, lighting, perhaps some motion blur, and some cloth simulations maybe.