Sorry for the noobish question, but I can’t figure out how to connect these bones in the spine. I need to combine the two seperate joints into one that will connect the bones. Thanks. 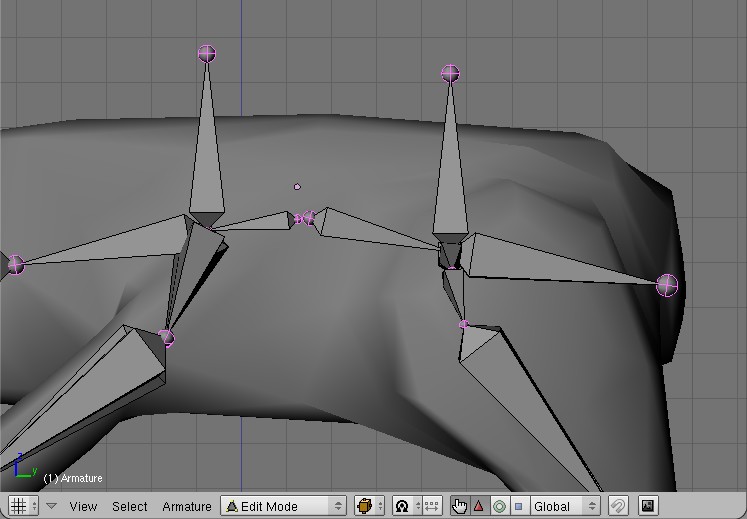 Simply make one bone the child of the other in the armature bones panel, make sure the ‘connected’ box isn’t checked/active…

I wanted to connect them as if I extruded one off of the other, but parenting them works the same anyway, so thanks.

I’m sorry if I was vague, you asked a ‘noobish’ question about how to connect 2 bones. If you want to connect the 2 bone’s roots, you can select the root of one bone, snap cursor to it, select the root of the other bone and snap it to the cursor and keep the parent/child relation as described. If you want one bone to be the master, the other to be a child and still pose the child independant of the parent, then see the attached .blend file.

I apologize for not being specific enough, but this method works well. I’m still pretty new to Blender, and rigging is proving to be very awkward and difficult.