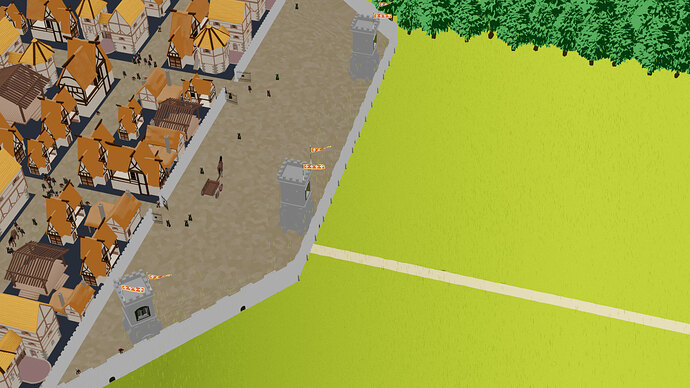 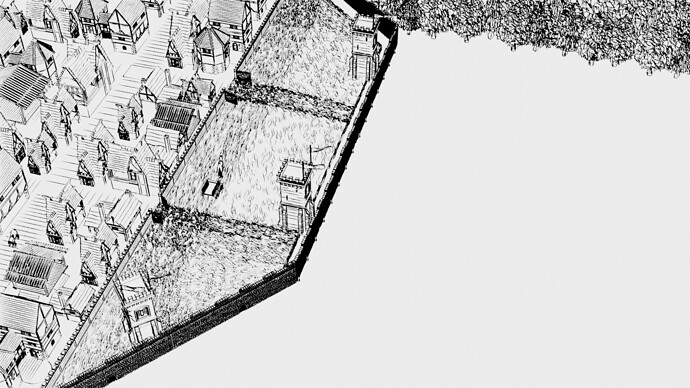 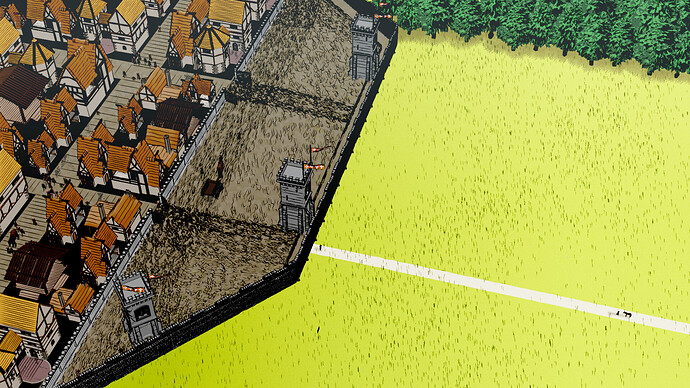 So technically this comic got done, but it didn’t come out the way I wanted. This panel in particular was a huge mess.

Among the issues were:

I’m still trying to find a good shorthand way to illustrate grass in a comic with Freestyle lines without drawing every last blade of grass. The grass in there now is particle grass with the numbers way down, and excluded from Freestyle drawing.

I wrangled with it a lot, but it turns out even low-poly grass is too much to draw in Freestyle.

I tried using displacement with the displacement modifier, but I couldn’t get the look I wanted. It’s possible that could have worked but I found I would have to subdivide to a ridiculous level to get the detail I was looking for.

I could never get Freestyle to acknowledge displacement in the materials, whether set to true displacement or not, otherwise that could have been an option.

Besides the grass, I wasted a ton of time trying to find some low poly trees good enough to work with Freestyle without crashing.

Most low poly trees I found were a little too cartoony for what I wanted, and the tree generation add-ons make trees far too dense for Freestyle to draw without crashing, even when using their low-poly settings.

Finally I just made a triangle with a stump and applied some clouds displacement to that with the displacement modifier, then made an array out of it to get the trees shown here.

I’ve added “model low-poly trees” to my list for the future.

They had to be dressed in correct outfits, even though you can barely see them. I usually pick the wrong time to be a perfectionist and invest time in something that actually doesn’t matter that much.

Also, these were Daz figures, and those are usually pretty dense by Blender standards. I decimated them a few times to get the face counts down to a workable level. I wanted to use them in a particle system, so they had to be light weight. I just have so many props for them I try to use them when I can, but the cost might be too high in performance.

Next time I’ll go with MakeHuman or I’ll try out that Human Generator add-on.

I do not know why I can’t ever figure out these particle systems. I must have watched about 25 hours of particle system stuff over the years, but I can never quite get it to do what I want.

I was trying to keep the people on the walkways by limiting them to a vertex group, but the group failed to be contained, with at least one random dude appearing somewhere he was not meant to be.

Also, the rotation was always wonky, and by “wonky” I mean that I would click on the emitter, and the particles would be oriented correctly, but when I click again to edit the settings, they will all rotate inexplicably.

Clicking again (just left-clicking) would make them rotate again. I tried using the rotation panel of the particle settings, but it didn’t matter, the darned things would just flip around at their own whim.

Finally, I just gave up and placed the darn people by hand. Sheesh.

Anyway I still have a ways to go to nail down the comic styles I’m looking for, so the work continues…