This project, a six-minute video, demonstrates one of the less-often-used capabilities of Blender: the integration of a completely CG set with live camera footage. I’d like to say a big thank you to paprmh for his greenscreen plugin, which allowed me to finish this project within a semi-sane timeframe.

Other software used for this project includes Terragen v0.9, Voodoo Camera Tracker, and Audacity, all of which are free software.

Please stay tuned, as I plan to make a few posts in the next few weeks concerning the making of this video.

And so, without furtherer due, enjoy… 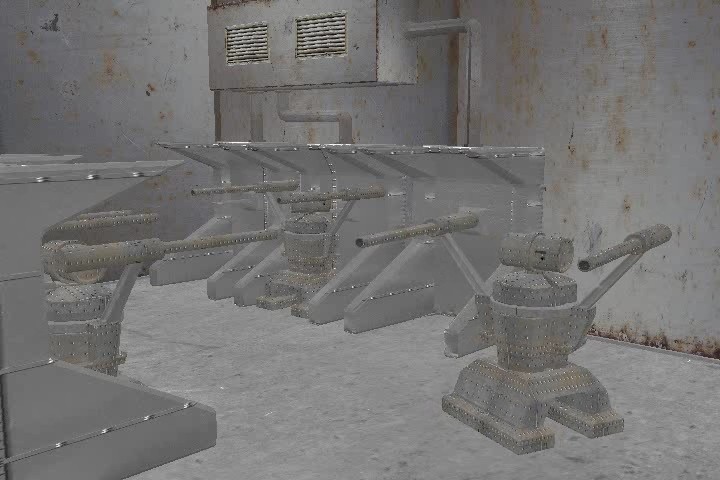 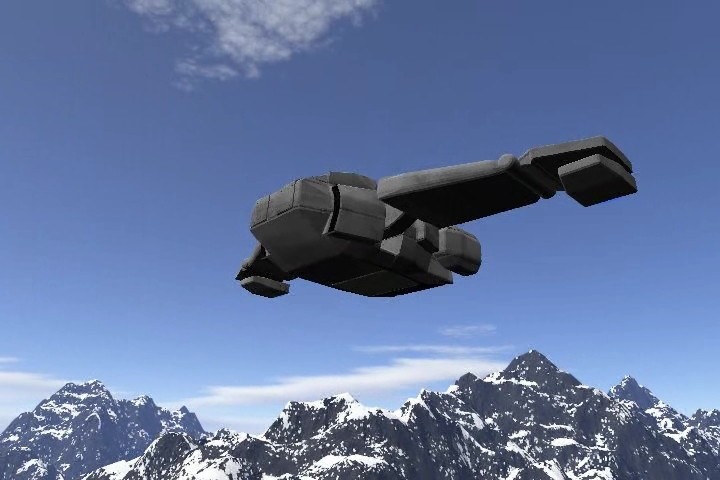 verry cool nice work.
only crit is the chroma keying could do with some fine tuning but other than that great job.
ps
how big was your green screen?

P.S.
I usally thought that little chest was important and all it turned out was a dr pepper can.
I laughed my ass off! Good stuff.

I was deeply saddened when all that was in the container was a can of dr. pepper. I had expected a bar of chocolate at the least.

Very well done, though the textures look a bit too low-res at times. But I guess that was done to cut the rendertimes back by a bit.

Nice work. Although the sceneray lagged shadows. If you have the time and the will go back and work on the lightning to give the whole a better atmosphere.

Well i think this is a great piece of work especially the interactions with the 3d footage.
Though i must say also that with better lighting, keying (try the composite nodes) and improved animations when the robots fell (blender’s physics engine works wonders).
Great Job :evilgrin:

You know… with just little more time spent on the lighting and postprocessing… you could have made it work just nice. There aint the oh so very common “aura” bug here which is in so many many other greenies/ blues… Which is good. (well at somepoints there are odd artifacts on the clipedges, but only minor)

Hi, everyone. Thanks for all the compliments and crits so far.

HD Render Man: I used a cloth greenscreen that was about 7 feet tall and 18 feet wide.

Now, on to “The Making of Commando Kristoff.” Goodness, where do I begin? There really was no particular inspiration behind my project. As soon as I learned that it was possible to do greenscreen in Blender, my imagination went nuts, and I went to work.

Some random facts:
-Total budget for the project was between $80 and $100, as best I can estimate it. Most of that went into making my brother’s suit and buying cloth for greenscreen.
-I did my camera shooting with a Canon GL1, which I borrowed.
-Other borrowed equipment included lights to light my greenscreen and a small powered multi-channel amp which was used to record the music.
-All of the major work for this project was done on an HP Pavilion dv1000 with 512 Mb of RAM and a 1.6 Ghz processor and no dedicated video card.

Some random lessons I learned while working on this project:

That should do be enough for now. Stay tuned, and please let me know if you have any specific questions you would like me to answer.

Is that an airsoft or paintball gun?

i liked it, it reminded me of the good ol days when i was younger, (because all i would do is make robots like that)

the only thing that looked corn-ball was the paint ball mask. no offense, but it doesnt look cool, it looks like a paint ball mask. but dont get me wrong, other than the lighting and textures you did a FAR better job than most people do with this kind of film.

Umm, what does it remind to me…? Probably the old “descent” game

It is really great when I think of it to be a demonstration. Im even surprised that the greenscreen didn’t make any artifacts around the person (or did you have to fix some problems like that?)
The whole video is just missing lighting and shadows. I understand, that would take much much more time. But that is the main reason why it seems to be just a feature demonstration for me.

But anyway it is good. And the technique looks promising. You made me interested in creating something like that on my own

Could you write the making-of, please?

Hey, emu, thanks for the comments. And yes, you and quite a few others have noticed that my video lacks shadows. Unfortunately, at this level in my Blender learning process, I lack the expertise needed to make good-looking shadows. I did try, though. Specifically, I tried to set up some shadows in the first room where Chris is shooting the rolling droids. I just couldn’t get it to look right (too many straight edges); so, rather than invest a huge amount of time in getting it right, I left it and went on with the project.

Also, a potential problem with using heavy shadows when integrating real footage is that if your actor is going to be walking into or out of a shadow in the virtual world, you must somehow recreate that shadow moving on your actor, a trick which, for the moment, is beyond me.

Also, about your greenscreen question, emu: putting my video on youtube hid most of the faults with my greenscreen work. If you look closely, you may still be able to see some artifacts in the last scene where Chris opens the pop can.

Now onto more of “The Making of Commando Kristoff.”

To get my shot list, I tried to use a storyboard for this project, but I am a poor freehand artist, so I went instead with a simple written shot list that had the name of each shot and what was supposed to happen in that shot. To make sure that Chris was positioned correctly, I drew a few quick sketches of the 3D scene that I had built and drew in the camera positions.

Let me next outline the flow process for each shot:

Shots that used terragen went through a different process, since they didn’t use greenscreen and required the use of a special integrating script.

All right, enough for now. I still want to talk about some websites that were very helpful to me during the making of this project, so keep checking back. Let me know if anyone has any questions they would like me to answer.

I’m still wanting to know what gun you used.

Hey checkers88, thanks for the poke… I completely missed this thread :o

Very nice job on compositing the CG, fx, and foley with your live shots! I know that the youtube conversion/compression of a video can really screw up a nicely done clip so I suspect that alot of the problem with your textures are due to that.

And then there is the key itself…
First of all, I’m glad you found my plugin useful, just knowing that someone is even using it is thanks enough…but THANK YOU for your kind words.

I know first hand (;)) how hard it was to key some of these shots… With all of the things you had going against you (lighting & shadows, dark greenscreen material, interlacing, video compression, etc…), I think you did very well indeed. I only wish I had been more helpful to you when you needed advice ( I should have kept in touch via PM and email after you said you didn’t want the clip public…sorry) . Please feel free to get in touch with me if you do another project like this - I would love to help you get an even better key next time…

All right, time for one more post. This one about some websites that were useful to me during my project.

For learning Blender’s functionality: I highly recommend wiki.blender.org, which has a link to an extremely useful and well-put-together manual.

For sound effects: I used several websites to collect sounds for this project, but by far the best was soundsnap.com, which not only has a huge collection of sounds but also has high-quality audio (not the case with every sound site I visited).

Textures for my models: An excellent website to get great-quality textures is cgtextures.com.

For explosions: I would like to thank detfilms.com for making a large portion of their explosion footage free to the public. This website has a great selection of great-looking explosions for free download.

One note I should add about my project: In addition to various other free programs, I also used Virtual Dub throughout my project in various roles, like deinterlacing video and combining video with audio toward the end of the project.

Thanks for all of the comments and views so far, and I’d like to give a big “thank you” to those of you that have helped me along the way.