Comments on this room...

I made this room and could use some feedback. Sometimes when you have seen your sceen for a lot of time you tend to overlook somethings, so I need a fresh look.
I was looking at some files at KatorLegaz so I got some inspiration and I used some references from this site.

Ok, this is the first time i show my work…
let see how it goes… 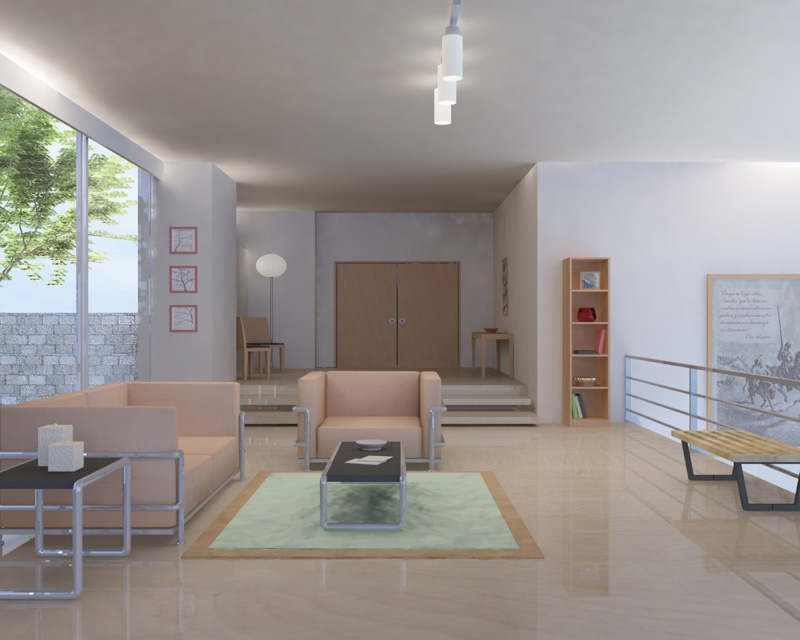 wow very good. my only complaints would be the tree in the window looks stretched a bit.

and whats under the table? it looks sort of like someone detonated a small bomb under it. lol. is that a shadow or is that the rug design?

yes I know the tree don’t look so good. I put it there to ad something organic, but I guess it dosnt look to realistic. Good one about the bomb, I can't explain what happend. I think it has something to do with the texture of the rug and the shadow of the table. I also dont undertand why there are some shinny thing in the
intersection of the wall and the roof. maybe someone can help me
explain and correct this.

I know a lot of this spot and error can be corrected with photoshop
but I’m trying to make a render without having to correct to much the
scene later with photoshop.

Try moving the table and re-rendering, to see if it is the table’s shadow that is causing the explosion. Looks like someone spilt an ashtray and tried to wipe it up with their hands.

As for the wall-roof corner, you could put some cornices up.