We had a 2 day jam in Dundee Scotland at the weekend called story world , which encouraged games with a bigger story driven universe. http://scottishgames.net/tag/storyworld-jam/

I went solo and this was the game I made.
Made in blender game engine and then I also got the basics minus the special effects/ shaders working in unity in the jam too.

The theme was “cure”, and instead of going with the obvious interpretation of actuality curing/ healing something or as some other people did , cured ham/meat, I tried to flip it on its head , and make the curing processes a bad thing, comparable to death.

The story is that there’s a planet full of lizard people possibly called clay lizards, when they reach a certain age they must cross the desert to prove their worth and become men.
And that’s where the game comes in; you have to make it across a small area of desert without drying out and “curing” in the sun. The ones that make it get given hoods to make it around more easily in the future. There was a lot of other elements to the story like having incurable lizard rivalries and stuff but doesn’t effect the game.

The next mechanic however is that you can use your fallen companions as shade ounce they have cured, cruel but sometimes essential.
Here’s some screenshots 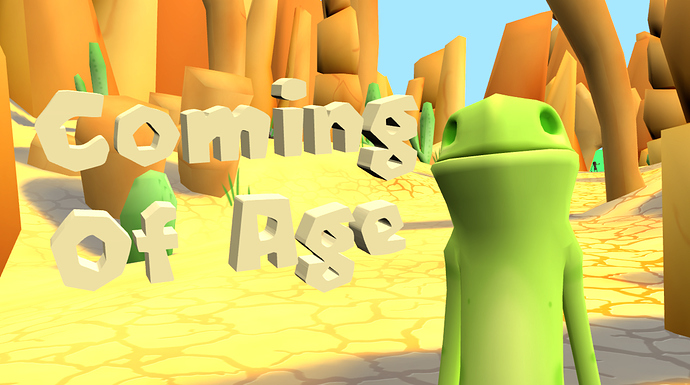 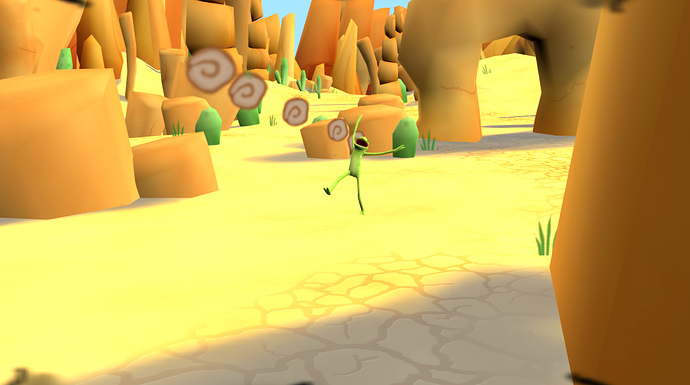 And here’s a link to the blend file and an exe:
https://drive.google.com/file/d/0B1uee0Nf50b8djJlSktmVE1DQjA/edit?usp=sharing

Also whens the next blender jam, bgmc or the likes?
Thanks
Alastair