A rig has been added to the open source atlas of human anatomy (using the model from 'BodyPart3D"). 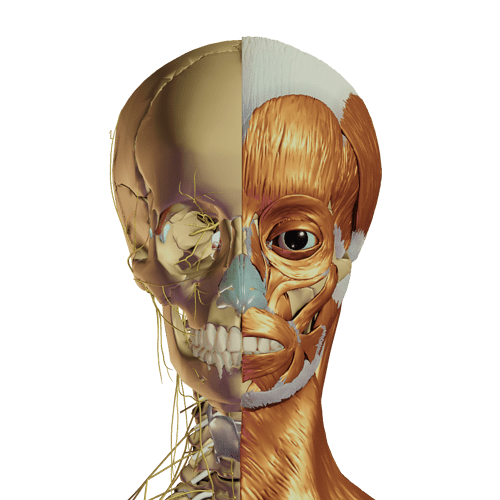 (It only moves the sleleton for the moment)

Could some more advanced rigger help me to improve it?

-The Controler of the head should rotate with it (not only translate)
-The one of the mandible should follow it.
-I would like the shoulder to be influenced by the hand-IK, and to keep the possibility to fine tune the result with another IK for the shoulder
-I would like the rib cage to mimic the breathing movement (Something like a lattice effect)
-The same effect as the one explained in this video would be great:https://www.youtube.com/watch?v=Erqgl_PQyrk&t=55s

If you have good advices about how to parent all the other anatomical structures, in order to keep them in the right position in every position; it is welcome.

It seems impossible to limit the rotations of the parts downstream of the IK on the bone that has an IK, because we go from one system to another and the first bone following the one with the IK constraint must be de-parentage.

This is the case for the hips, ankles and wrists

I need to position the pivot of the custom thorax shape so that it more or less follows the objects associated with it.

And the custom shapes move around a bit; (I would have liked for example to obtain head totations on the Z axis without associated Y rotation), I had achieved a foot whose custom shape followed well, and then lost it in the modifications.

I tried by removing the ‘Child of’ - and can’t even find in which tutorial it is a question of using this constraint - but can no longer achieve anything without.

Here it is, well lost I am.
Maybe I also want to do things that are not planned.

The armature on the right is an attempt to recreate the evolutionary point of knee rotation, with a driver that only unlocks the ‘low’ joint at the end of rotation of the ‘high’ knee joint;

good there it does not work but the idea is there …