Hello
I’ve been watching some blender tutorials on youtube but I can not seem to get it:
How to compose a scene in blender, with footage / animated graphics, where graphics (as in animated cartoons / or videos of explanations), that along the track of video popup windows jump on footage, as in tv commercials. An animated graphic upon a footage, and so on.

I’m also trying to incorporate 3d object into footage, blender 2.79, I followed some tutorials, but theirs are visible in the 3d area even without rendering … My video is only visible when rendered…

This is the compositing and post processing subforum so you probably mean that, instead of composition. Maybe potential answers won’t mix between the two like in other threads.

Hello good day!
Thank you for the tip!
Therefore, I believe that the right term is the one related to your second link (Compositing).
Sorry, I’m from Brazil, and my language is Portuguese, so I always depend on using google translator to post in English.
what I’m wondering is how to compositing a footage with animated graphics on it.
in the attached image, an impressionfilm of hitfilm express compositing of 03 footage.
That’s what I’m trying to understand. 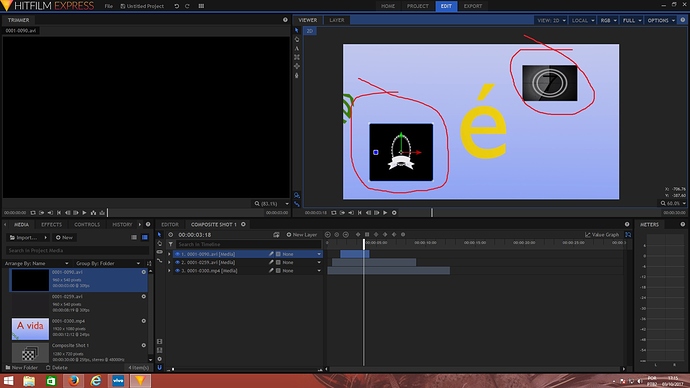