I originally made this model for the cg society moving innovation contest, I didn’t really get a decent render until after it ended but I’m fairly happy with these last two images I’ve made. Thanks for looking. 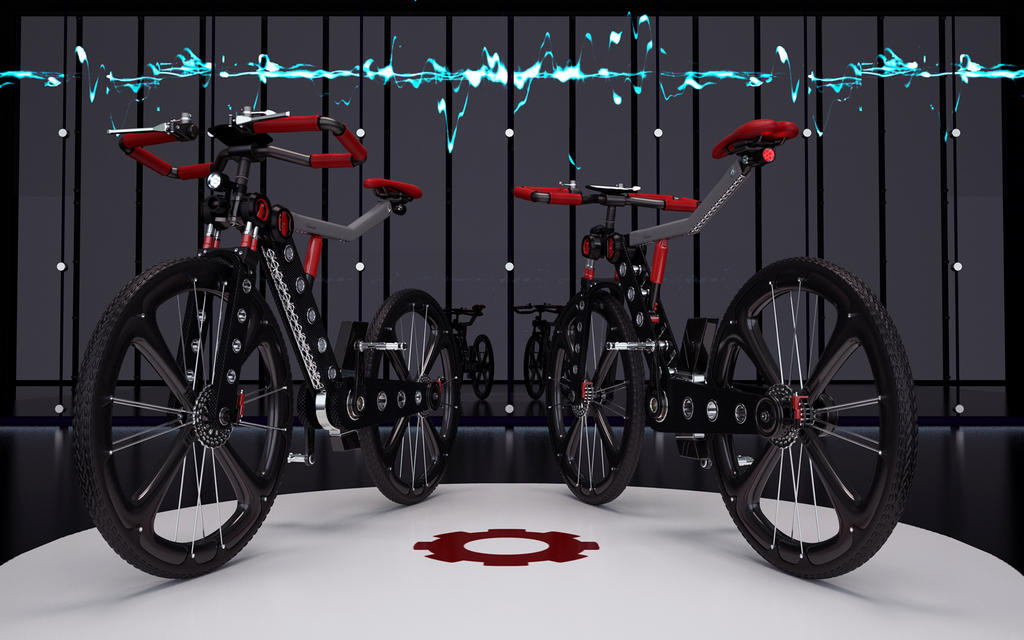 Nice bike, but the geometric background confuses the eye. A crisp, uncluttered bg would work better.

I think this looks great! I would have to agree with 3dmedieval that the background makes it hard to focus on the details of the bike. Check out some of these concepts: http://webecoist.com/2010/02/08/cycle-crazy-16-strange-amazing-bicycle-concepts/

Great work though, love it!

Thanks guys, your probably right 3d medieval I wanted to try something a little different to a usual minimal studio render and I didn’t have a great deal of time to experiment. Fewer or no vertical line breaks could have worked out better, I’ll know better going forward.

Thanks crazycourier, I’ seen some of those when I was researching, there are some pretty cool concepts out there!

The first pic looks like it has been cheated of its 3d nature, to my eyes at least (maybe because of the background, the camera position… i dunno), but other than that, this good stuff, i wish i could make them like that!