Confused about cage, and normals distortion.

So, im having problem with baking normals, i have already read and watched many tutorials like in polycount etc, but im still confused about how it works in blender. as far as i understand, the averaged projection mesh, allows you to use hard edges, and have them smoothed when baking, thats the way that i am doing, and i was gettin some good bakes.

An then there is the other one, without cage, ray trace, which i guess is better for more organics objects, when using this method with hard edges i end up getting some gaps in hard edges.

My question is. there is any way to make a cage, without having to do it manually, that will behave like the first method?
i tried to use the cage “extrusion” but it end up with the results of the second method, with gaps on the hard edges.

The second question is, how do you go about to solve the skewed normal maps? is saw a tutorial from cgcookie and from arrimus 3d, where they would increase the res of the lp and the cage. I tried that and had to use edge crease to mantein the roundness in some parts of the model. But, my uvs were kinda ‘‘ignoring the edge crease’’ and they end up distorded. Thats may be a setting or a button to solve, but i can’t find. 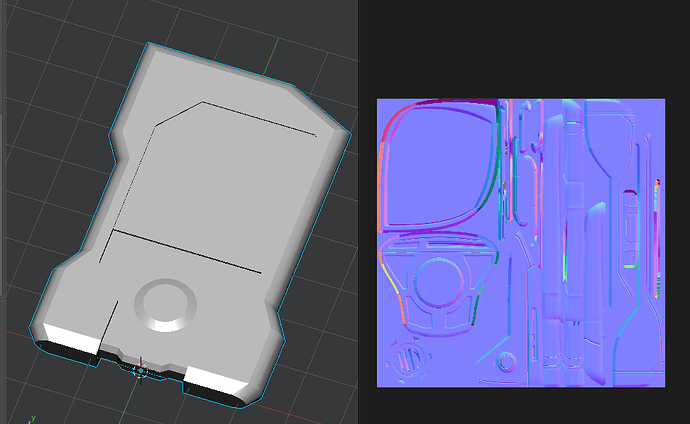