'Consolidate into one image' is screwing with my textures.

So I’ve been trying to get a wow character model out of the game and as a .blend file, and I’m almost done. Last step before rigging it? I need/want to make the uv map for the model one file instead of 7+ like it currently is. Low and behold, the ‘Consolidate into one image’ tool… except it’s screwing my textures up something fierce.

At bottom I’ve given screen shots of before and after the script ran; for some reason, the shoulders are blurred, the helmet is saturated, the face has a grey line through it… etc etc.

(Original is on left, after script on right)

What am I doing wrong? I’ve kept messing with the options for the script, but I always get the same thing. 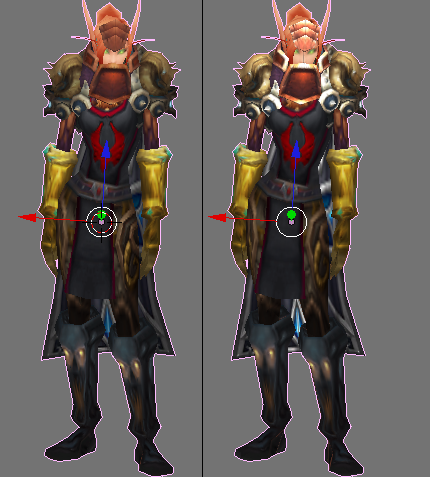