I am trying to do a molecular-style animation where different particles are floating/hovering and are connected by a line. I’ve gotten the particles to hover exactly how I want them to, and I figured out how to connect the particles using the IK Particles Link add on.

The problem however is in the overall composition and placement of the particles. I’m using a two planes as the emitters, and I’d like the particles to be dispersed randomly but evenly across the surface area of the plane. So I don’t want it to be laid out like a grid but I do want it to be somewhat proportional.

What I’m getting now is particles clumping together and intersecting/overlapping. Is there a way to easily control the positioning of the particles? I’ve tried using the Density Vertex Group with weight paint, which did move the particles but they remained in clusters (see image below). 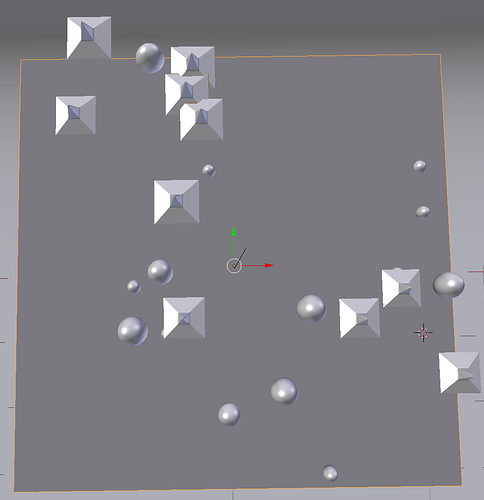 There’s a lot of open/wasted space. I’d like for the particles to take up some of that space and prevent overlapping. If anyone has any ideas/suggestions on how to accomplish this I would really appreciate it.

You can control density by a particles texture.
Contrary to weight group that condenses particles according to group, a texture decrease amount of particles where texture is darker.

So, if you can achieve a distribution without overlapping by using basics settings, a texture applied will not change distribution of particles; it will just remove some particles in regions with density lower than 1.
And anyways, if there is overlapping of particles, you can just paint the UVmap to remove it.