I’m considering redoing my bathroom, and rendering it out to try different options. In order to speed things up I’m doing some fakes. I want a large dropped ceiling rectangle containing downward spots and hidden upward rim lighting doing the ceiling. For this I’m using an area light (lamp output/surface, not material/surface) with max bounces zeroed and diffuse only (stucco’osh original ceiling). Instead of actual indirect bouncing I’m using another downward area light at 2 bounces also diffuse only.

Afaik the Light Path node does nothing for Lamp Output. How would you achieve stopping light doing diffuse bouncing, but still have that direct effect show up through transparent (and glossy? didn’t check) surfaces?

Although section from a panoramic render, the image shows how it looks when max bounces is set to 0. Note how the ceiling light “doesn’t work” when seen through the shower glass panes. 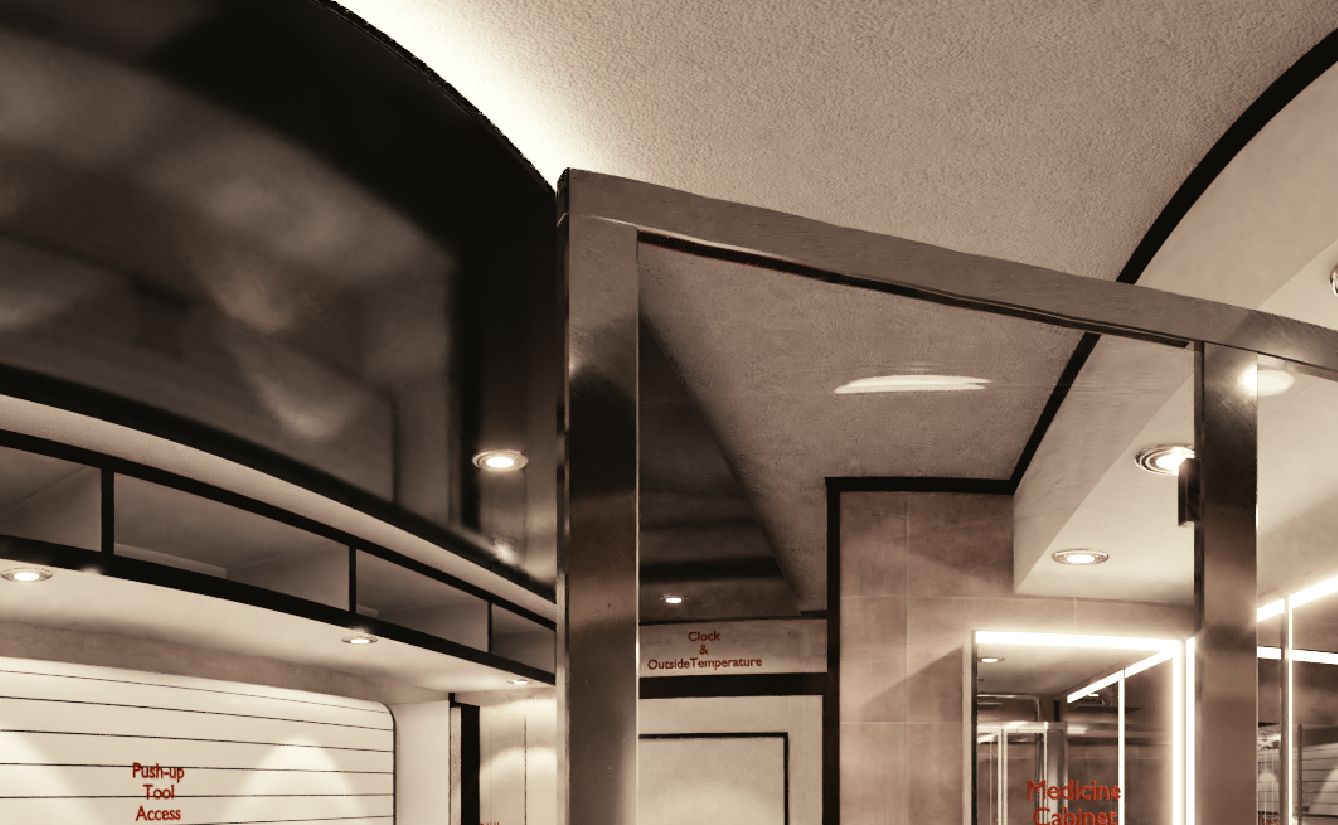 So I want 0 diffuse bounces (direct only) but 2 transparent bounces - how can I do that?