Hi! I am about to start the texturing and rigging of my boy model for my short animation, but I have soubts regarding what is the most convenient thing to do.

I have modeled my character as a single mesh, clothes included in this mesh (refer to pic 1) but I am thinking that maybe this is not convenient to rig and texture. I am going for the look of “Monster House” movie (sort of) and not sure about what is better for a begginer like me:

a.) Should I use a “nude” model and then dress him up with mesh clothes?
b.) Will it be convenient to have the face as a separate mesh? (from texturing point of view) (pic 2)

I know how to separate the mesh and I think that modifying my mesh will not be a problem, maybe clothes will give me hard time because I don’t have an idea how to setup characters clothing. 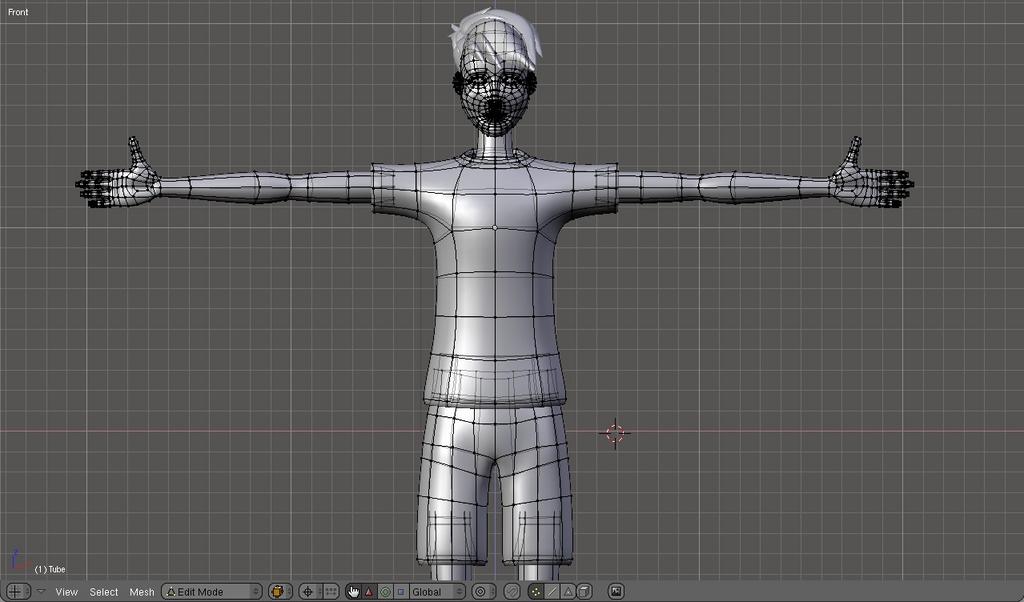 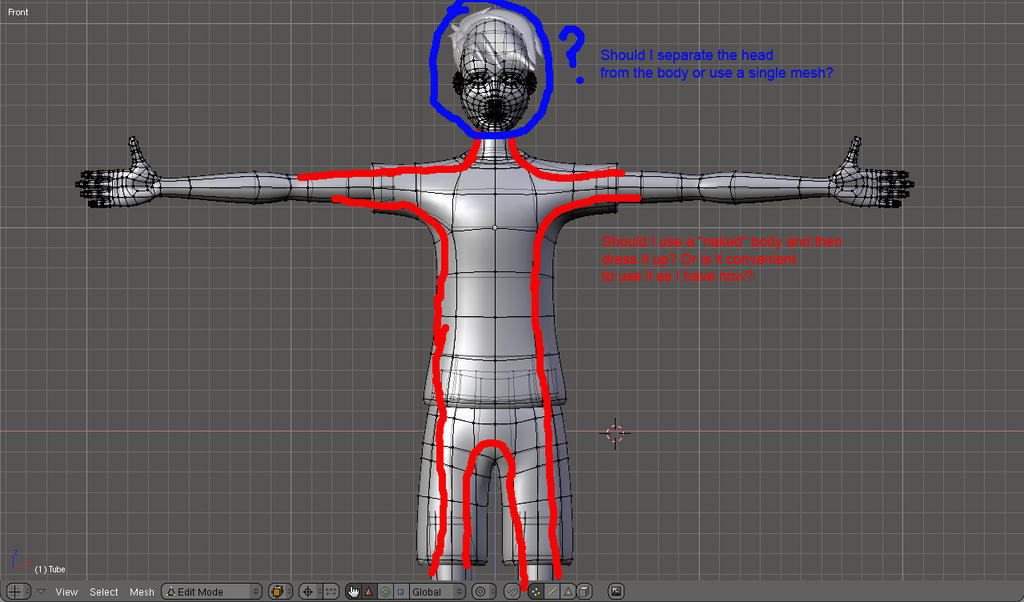 I don’t really know if modeling the clothes separetely would be better or not. It really depends on what look you’re going for.

But if you were to make a separate body model, you’d select the clothes, and press ‘P’, that will make a new object out of the clothes mesh so it won’t get in the way while you’re modeling your person. Then, to hide it, press ‘H’, and to unhide it press ‘Alt-H’.

Thanks Hobo Joe, I wanted opinions to know what is more convenient (the way to go) if modeling the character with clothes made of the same mesh or a character with clothes with separate meshes. My worries are regarding first the texturing, second the rigging. I have little experience with Blender and don’t want to waste much time doing things the wrong (well, the “difficult” way).

I think it will be easier for me to texture clothes and body AND face separate, but I am not sure if that decision would affect the rigging, and the strange artifacts may arise because a rig bad done.

So, in this is my dilemma.

Personally, I’d model the character with the clothes together. I don’t see any problems for texturing them because you can make vertex groups and assign each of them different material (actually, you don’t haveto create vertex groups but that help organize the work). As for rigging, unless you are planing to use cloth simulation, having the character modeled with the clothes will just make the rigging easier because you will have less constraints to worry about…

If you model the clothes seperetly then you have the option of applying softbody to them and making them more realistic.
I saw an artical on blendernation some time ago with free softbody clothes for download, you could use those for a reference.

Thanks ypoissant / andrew-101, I just made a decisition: I will keep all in one mesh (at least the body) but I will try to make some loops for easier deformation.
Thanks!