These are the first two animations I’ve done. I wrote a custom script to generate the textures and then used cycles to render a texture map, bump map, and displacement map. The animations are of the Julia set circling around two different points.

What tools did you use?

I got the algorithm for generating the textures from this site.

I used three 4096x4096 16 bits/channel textures per frame so for performance I had to implement the algorithm on my graphics card. It generates an array of doubles, one for each pixel. For the textures and bump map, these doubles are mapped on a logarithmic scale, while for the displacement map, these values are mapped linearly.

In Blender:
I subdivided a plane a few times manually (until there were around 64k vertices) then added a subdivision surface modifier for another three subdivisions during rendering. I then added a displacement modifier with the image sequence of my displacement textures. My node editor is below, and it shows a texture map and bump map. This setup is for a single image, but for a video, the textures were image sequences. 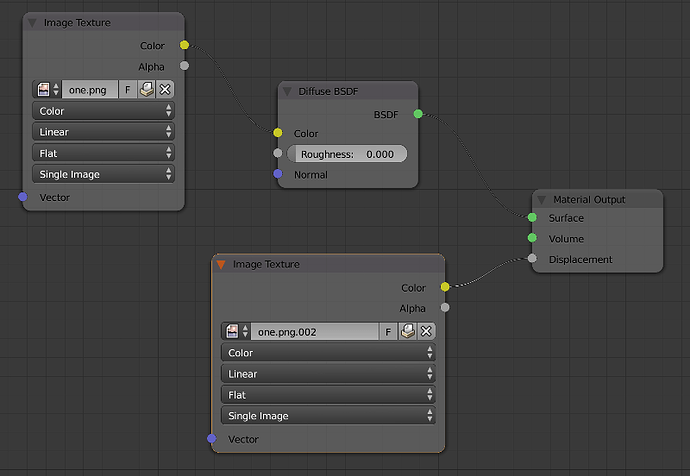