I wonder if there is an easy way to do this?

I have a human character with his armature, and I made about 20 animations for him…

I have another human character with pretty much same armature, but the bones are adjusted differently… also the first guy’s arms arent real-world human correct, but this 2nd guy is human correct.

bones from both have same names, both are using rigify meta-rig, with 1 bone added for rifle, the first has no finger bones

when i assign the animations I made for 1st character, to the 2nd character, its all weird and wrong…
is there an easy way to fix the problem? or will i have to fix, reposition/ remake all the animations?

the highlighted armature is the target, to have the anims copied from the non-highlighted.
both are in their Rest Pose 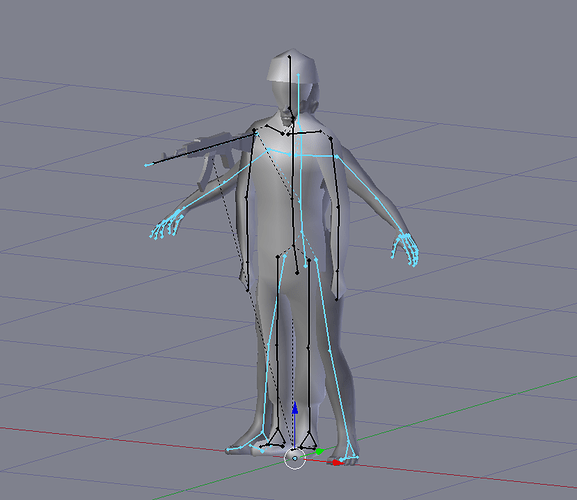 Here they both are in Prone Pose … you see how messed up target is. 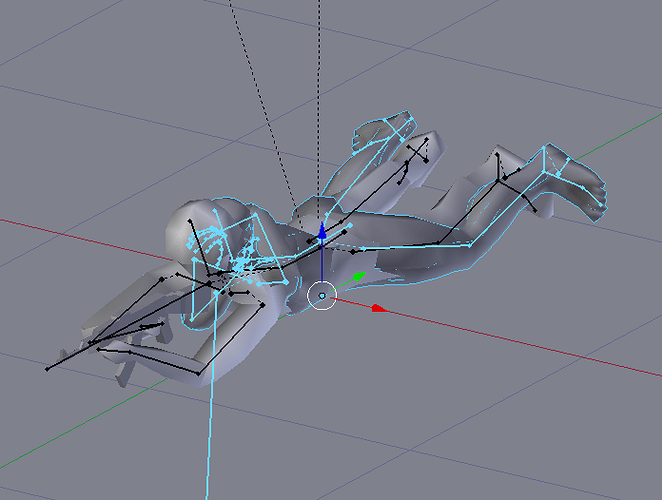 I ended up finding the solution to what I needed…
I still wonder, if its possible to just transfer animation to different armature like I wanted to do???

this video is for motion capture - to blender armature, but the same procedure worked for what i wanted to do:

(i did this in different blend file so as to keep all the work of the already-animated character)
anyway, the solution is :

…since the already-animated’s armature doesnt have fingers, i have to lose that i guess, but i could always make another armature for the fingers i guess.

it now accepts the already made animations… with maybe a little variation, but its not horrible, actually i think the only variation is caused by improper weight paint (automatic) that I’ll have to do. 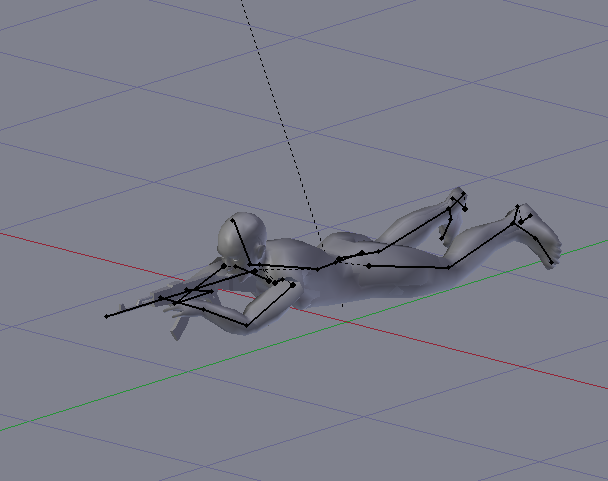