I started using self taken photos for making skin texture. They where in the first place for modellling but now for texturing they are not uniform in light as they had to be.
Some taken outdoors and have some bluish but i think thats not the problem to solve in GIMP. But some i took by mistake with flash and one power safing light bulp from the ceilling switched on so i got a area which is lit to much.
And for the workflow should i correct the photos at first or later the baked texture which consolidates the different areas which are available from the photos.
And how to get rid of sensor noise caused by high ISO levels.

i believe that you should now do the retouching if you can afford the time, for better results.

You mean before using them as textures. Ok thats for the workflow. Had used them already but looks like a ugly patchwork or a little like historic european maps. But learning the baking process was a little challenge so far. The response of the system after switching to texture mode is sometimes a little delayed, but by using 7.1 megapixel images it coold be normal maybe i have to crop them.

it depends on your output, do you plan to render at huge res? you should spend more time on retouching them and eliminating the white areas. how damaged are they? can you post a sample?

Used png instead of jpg for no further distortion, sources are jpg but for texturing baking i used tga.
Teo_GreenGage (Teo_GreenGage) January 1, 2009, 7:43pm #6

the information is still there

select it with color range and adjust the levels by crancking up the G and B, then make it darker and maybe play with the contrasts. It’s all about using color range i guess. After that you can use the healing brush. 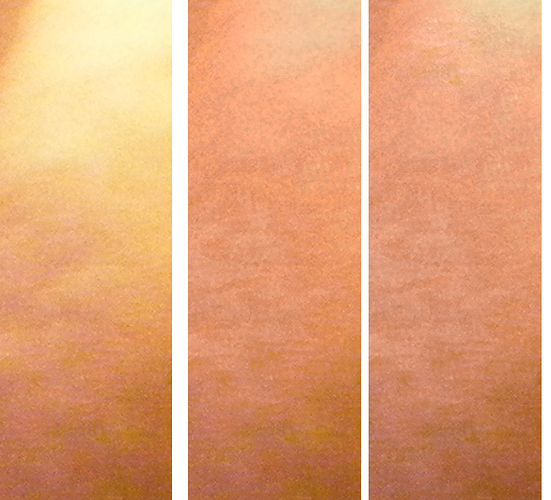 …and using the right selection.