I’ve created a shapekey for my mesh, specifically to make leg movement look nicer, the deformations look nice when I use the influence slider. I’ve added a driver to that shapekey and want the driver to ‘activate’ I guess, by using Rotational Difference. I’ve added the extra bone so the difference will be calculated and set the driver up following the instructions in the 2nd edition of Intro to Char Anim, but it isn’t having any effect when I rotate the leg bone.

In the book his screen shots show the drivers f-curve line facing the opposite direction to how mine looks and he doesn’t have these “alpha” and “auto” drivers.

Could anyone familiar with how this works and what might be going wrong have a look below to see if it’s set up properly? I’m using a rigify rig, too. I’ve since noticed that the thigh.L bone is from my old armature, setting it to the right bone doesn’t help though. Also changed the type to average 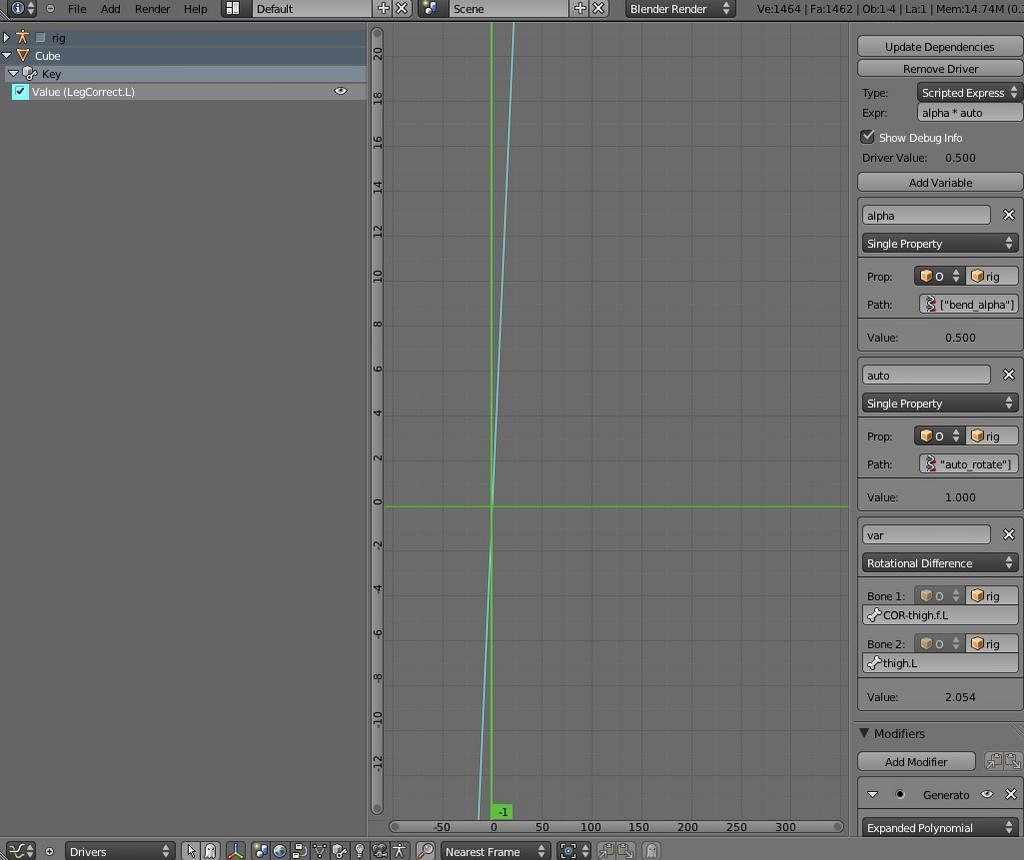