Hello guys.
I’m starting my first car model, a soon glorious Stingray.
Right now I just finished the basic modelling of the nose of the car. All very primitive, not even subsurf yet.

I’m asking to critizice, because the cars tutorials use aren’t really alike with this car (And that’s what I like about it, it’s a car of it’s own).

Luckily, I have plenty reference images, although not very high res ones…
http://www.71corvette.com/photos.html

Here’s what I’ve got 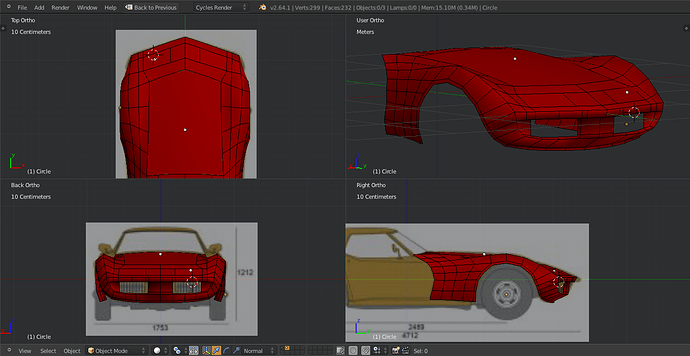 And a Sketchfab view:


Do you think the topology is going on a good way?

Relatively big update:
Doors, in a primitive way, finished, and there’s still some work to do on the upper part.
And the updated sketchfab model:

PS: No responses? Anyone? 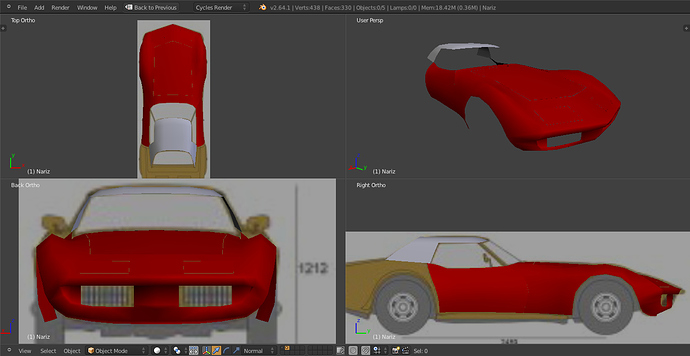 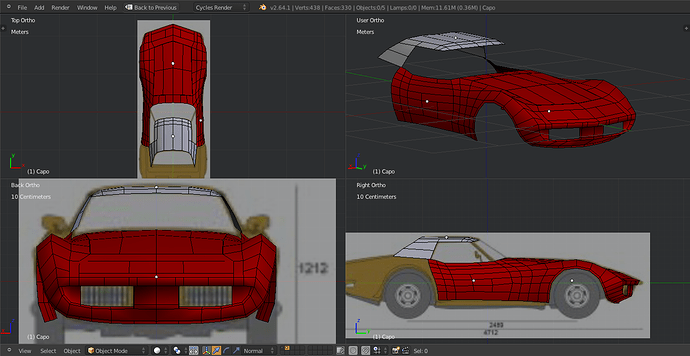 Should I create the basic shape of the car and then subsurf or should I subsurf right when I start? 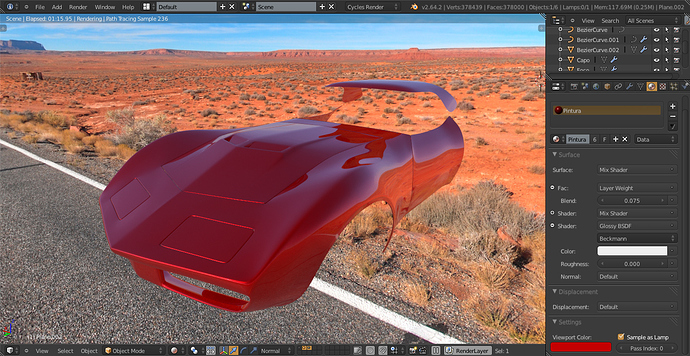 Well, I’ve subsurf’d it and made the details on the hood, but I’m getting some trouble with the seams of the door and the front part. Any ideas?

you can either add in extra geometry to make the seam stand out more,
or select the edges and increase the “Mean Crease” weight in the “n” panel

The basic topology looks very good, though with the subsurf applied there are quite a few bumps.

I usually start off with the subsurf applied, but it is pretty much to everyones preference, some guys do the basic topology without it and than apply it.

Well, I fixed the entire front part, now moving on to the seam of the door.
BTW, the chrome bumpers really make all the diference! 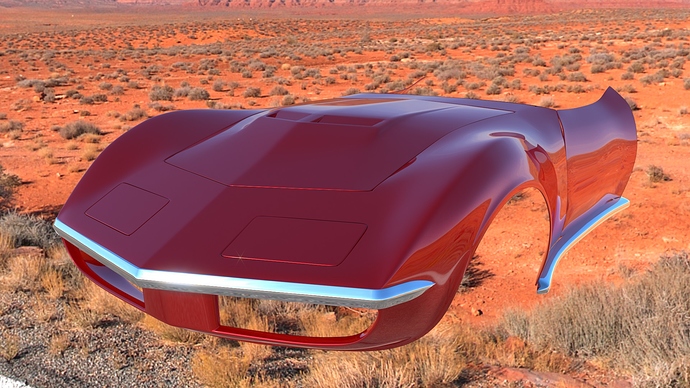 It looks good esp. I really like the paint shader

On the model, I see some problems around the wheel arch, maybe some bumps might be hidden back there, and what is quite a big problem is the door. There is a big gap on the top, and the topology seems to be quite different and doesnt line up with the rest of the front.

If you could, post some wireframes and maybe pictures of the car, that you use as a reference so that we can help more

It’s incredible how much can change an image just by slightly altering the angle.
Anyways, I did what I should have done from the beginning, I made the edge loops from the front part and the doors to match and then I joined them up, eliminating any chances of misalignment, and then, relaxed the hell out of it. 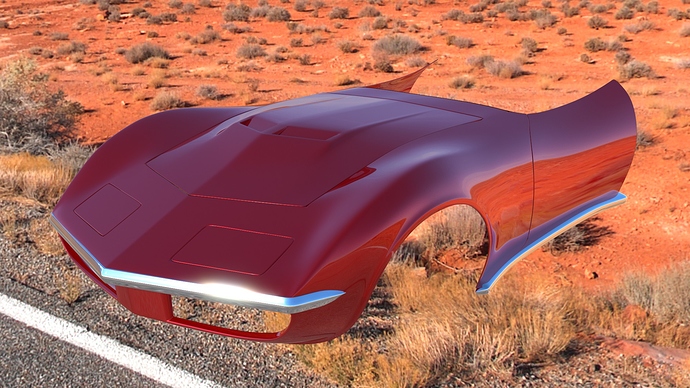 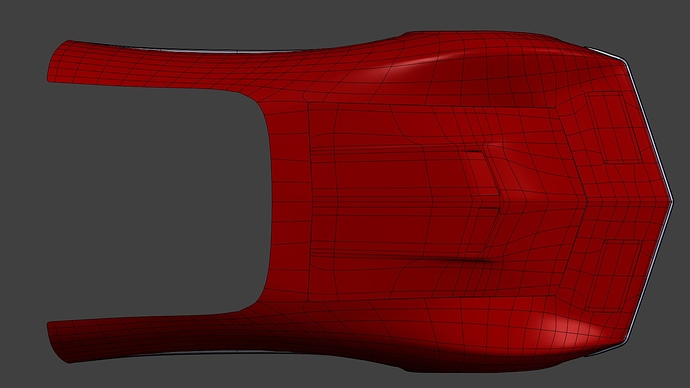 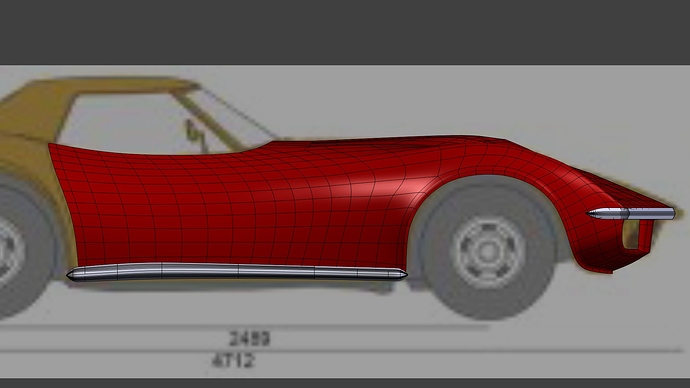 I’m surprised your not having misalignment problems with the hood to fenders. Lot of the edges on the hood don’t line up with the fenders.

I think the hood line is off a bit. Back by the windshield the hood is horizontal, at the front of the car the hood is angled to match the front nose, as it should. About the middle of the hood there appears to be a transition from the back of the hood to the front. The hood should be curved slightly. The intake vent is in the center of the hood, the outside edges of the hood should be a smooth slightly curved surface with no visible bend to the hood. It’s an area that you can’t see on blueprints.