I decided to take a brave new direction with the superwu animation, and to make a small city, in which various short animations can be staged. Awhile back I started working on a near photorealistic city, but became somewhat overwhelmed, with the scope, after just a few buildings, and some other things. The thing that was really daunting, was all the cars, but, as you can see, for this project, I’m not spending alot of time with details, and it’s all extremely low poly. I might actually be able to come up with something along the lines of a city here, or at least enough bits to fake it. Here’s where I’m at after a couple of days of low poly modelling and texture painting. 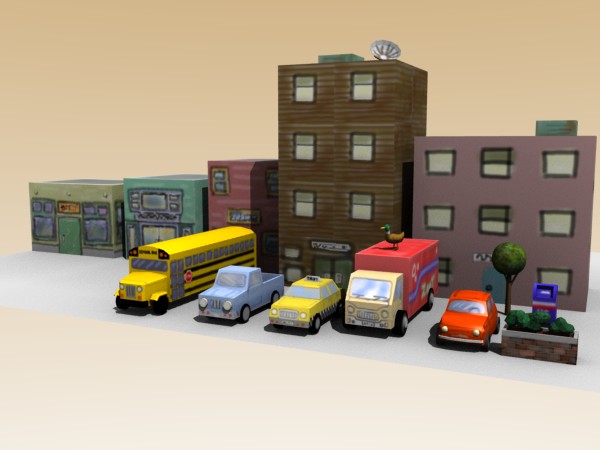 Nice work, can we see this with toon shader on? 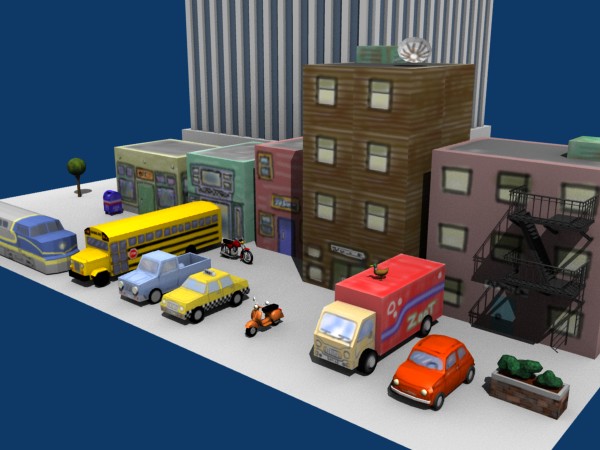 i like where this is going - and it should be easy to animate too. it reminds me of this of this guy’s work: http://www.astrofra.com/

I am going for more of a realistic look with the buildings now, these don’t have roofs yet, and are basically just big squares, but I’m going to make them more interesting later on. Also I will make some that are more model and less texture for the close in shots. 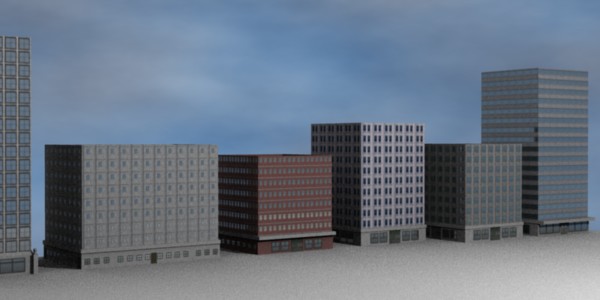 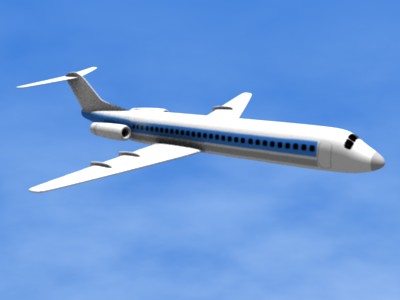 Looking pretty good, though, keep it up.

Thanks, as I said, though they are just big squares at the moment, but I will add interest to them at a later time, when I have several more of them. And don’t worry, I am doing everything from dumpsters, to news stands to duck ponds. It will all be there.

Great work so far, Modron. I can’t wait to see where this will lead!

still plugging away at these buildings, i figure once I have about a dozen, I can just sort of expand from there, using my current set of materials. 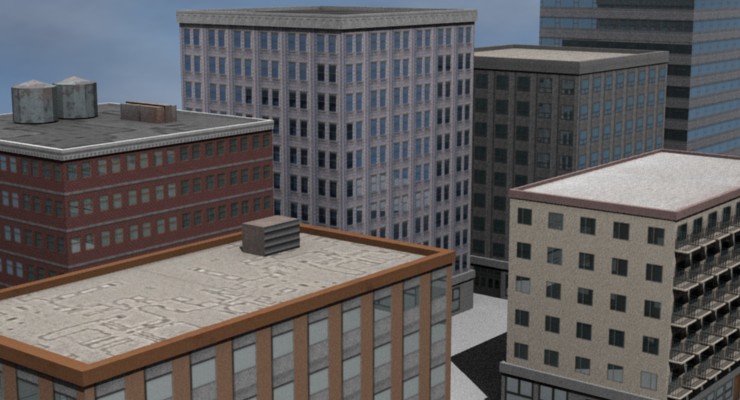 I think I will pick this up again, I also made some street textures and other junk. 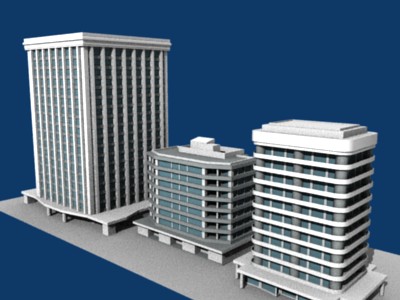 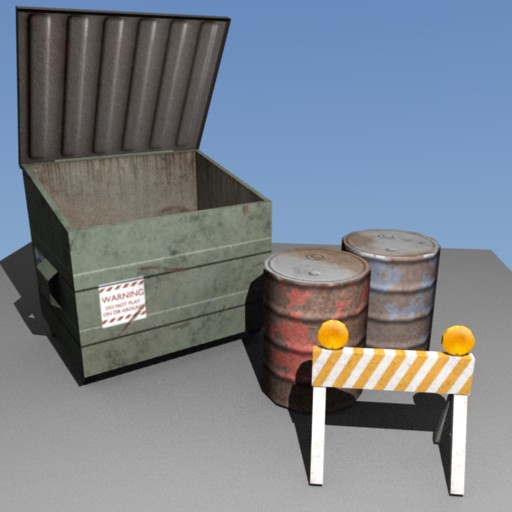 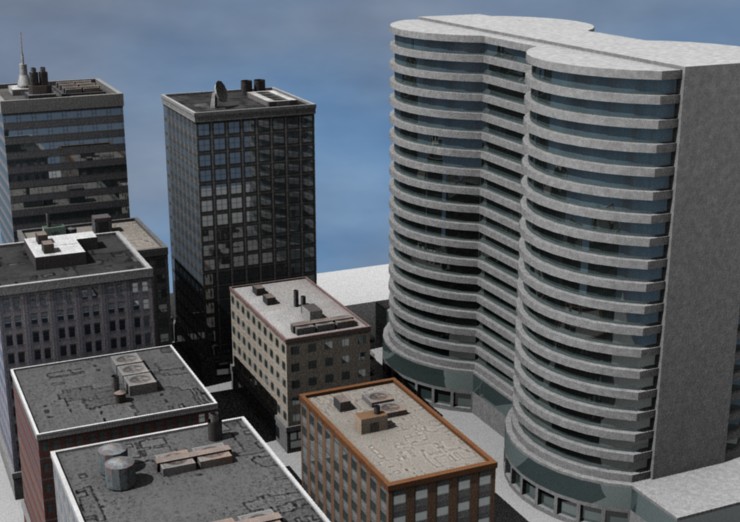 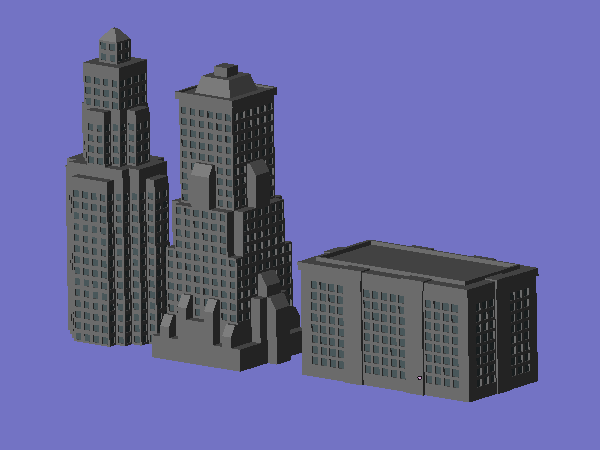