I am trying blender as a mean to do 3d scientific illustrations. Still honing my skills. This coyote skull is created using real skull as a reference. Please let me know what you think, and ideas of improvements are very welcome.

Finished blender files will be released at blenderswap

The skull is sculpted in Blender 2.63, no retopology, rendered in cycles (1500 runs) and composited with a touch of AO, 4 area planes for lighting 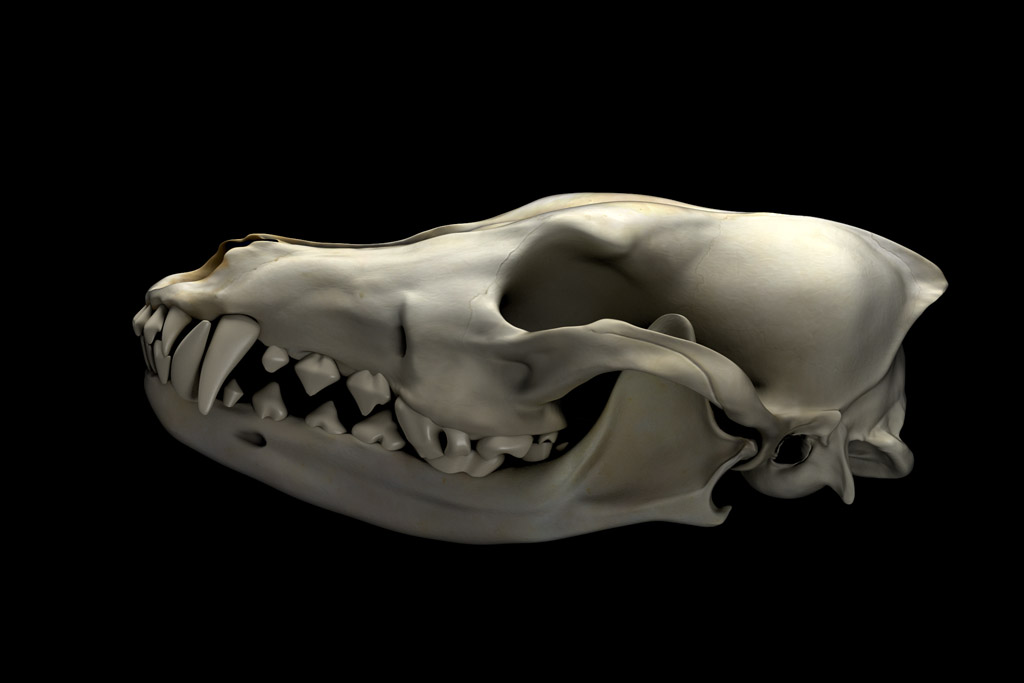 C&C:
The foramen on the mandible (hole in the jaw bone) is too large. Add an extra loop or two and scale down.
The suture on the zygomatic arch (joint on the cheek bone) looks like it has been modelled. You should probably sculpt it instead.

Thank you for the advice Mats, sorry took so long to answer some family emergency happened. The skull that I have actually has the foramen about the size I have on the model, as for zygomatic arch suture, yes, it is a problem. On the render it is just drawn on the texture, it is not modeled or sculpted.

Very nice work. Any plans to expand into entire skeleton?

Very nice work. Any plans to expand into entire skeleton?

I plan to continue with other skulls to do a bit of anatomy comparisons. I got opossum, mink, musk rat, turtle and human in the que

human is replica, others are real skulls.

Thank you for your feedback!