Hi! I’m developing a game and I want it to be cartoonish buildings. How would I create models that looks cartoonish? What’s the secret formula?

Yeah that and painted textures… or not.

There’s many different flavors of “cartoonish” in 3DCG land.

Post some shots of the style you’re after and we’ll unlock the magic in it for you.

I agree with what DCBloodHound is saying. Although it wasn’t very descriptive.

Step one would be to figure out the style. Style is a fun thing to practice because it involves basing things off reality but avoid reality. Things such as body proportions, movements, and simplicity.
The best 3D animated thing that comes to my mind when i think off toony is Cloudy with a chance of meatballs.
You have the exaggerated features on characters such as Flynn’s nose, his dad’s eyebrows, the super buff and chiseled policeman, curvy sam sparks.

Alot of the people have noodle arms that can swing in many different ways and i think personally noodle arms and legs are great for exaggerated poses for a toony like animation. Poses and movements often have to be a bit exaggerated in toon.

Textures are a great help. If you have a piece of wood for example, having a picture of a plank texture on it would make it look real. But going in and making it a solid light brown with only one or two quickly drawn in darker lines for the creases in the wood make it resemble more of a silly drawing.

If you want to make something toon i might recommend to challenge yourself to draw it quickly with little thought on paper.
For example, a building. you might challenge yourself to draw a building with as much detail as you can in 30 seconds.
In the end you would come out with some more rounded, mishapen, windows or a large roof and funny picket fence outside with a stubby little tree.
Then you could go in and remake that in 3D with more attention. I think the 3D movie of horton hears a who might be a good reference for that.

And lastly shading. Toon shading is something i’m not very good at, but you will notice that it often involves everything to only have 3 shades of color to it. It will have an over all color, a darker shade where the shadows would go, and kind of an in between.
I use to use that method in MS paint all the time when i would draw stuff in there.
The different shades aren’t blended together either, they switch right away when needed.

As far as how to accomplish that, i don’t know if it is lighting, or materials. I know there’s a material toon setting that is a bit funky, you set the diffuse setting to toon and change the size to like 0.9 and you get a bit of a toon effect. but that’s all i know.

Some people may choose to use the post processing Edge filter but you got to understand not to use it just because it’s there, but use it only when you think it’s necessary.

Sorry for not being being very descriptive,he didn’t give enough information on what he wanted.

Good Job on writing all the info though

Personally when i think of cartoon style,i think of something like Borderlands.

@draguu also has a similar style in his Rama thread here:

Woohoo … After a long time heey guys check out my new artwork on Rama and Ravan hope you enjoy it watch it in HD IMAGE (link) VIDEO https://youtu.be/Lfkn6k1RynU Attachments

Hi, sorry for not being so descriptive, as you realized I’m new to the forums, although I’ve been using Blender for a year or two. Now, I thought about maybe clash of clan style? At least something similar to that is what I aim for. I’m making a game which shouldn’t look realistic, so I thought this would be a good idea. 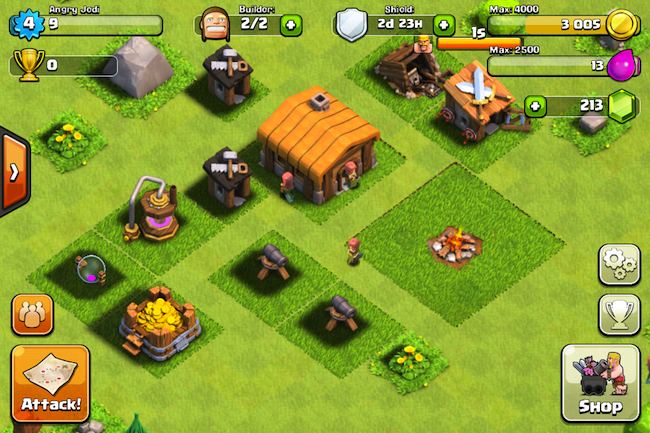 One of the things I’ve found works for making things “cartoony” is to think of the simplest way you could represent something, and then taking a step or two up in detail. For example, a person. Two arms, two legs, a body, a head, like you’d see on the door for a men’s restroom.

Now, you probably don’t want everyone looking the same, nor looking like a bunch of emotionless robots, so we need to take a step up in detail. The main place humans differentiate themselves from others (ignoring skin color since this is for modeling) is in the face. Give our person some simple eyes and a mouth, and they can show any human emotion we need them to. Give them a moustache, or glasses, or long hair, and they’re easily differentiated from another, even if they’re the same height, color, etc. We want to display these in as simple a way as possible as well. A moustache is a ‘{’ shape, glasses are two circles with a line connecting them, and so on.

Well, that’s good, but what about telling different kinds of people apart? How do we tell a construction worker from a doctor? Here we wanna get into symbols, things people associate with those professions. The first thing you probably think of for a construction worker is a hardhat, and a stethoscope for a doctor. Pair those with a reflective vest and lab coat respectively, and you can clearly represent what these people do. Once again, think of the simplest way you could represent these things. A hard hat is a hemisphere with a bit of a lip, a stethoscope is a short cylinder connected to the end of a ‘Y’ shape, and so on.

Making things simple doesn’t mean making them low poly, though. Hard corners and straight sections are very inorganic, which can be good for some things, but not for people. Round off their corners, curve their lines, and they don’t look so “boxy.” On the same note, perfect circles, spheres, etc. for people’s features don’t look very good at all (I don’t know many people with perfectly spherical heads). Even things normally considered inorganic benefit from this, when applied properly. For instance, a robot with a cube-shaped head. It would look more cartoony, and likely better overall, if the corners and edges were rounded (aka beveled), as opposed to a simple cube.

That’s what you can do for modeling, you’d still want the correct textures, shaders, etc. to really help on nailing the cartoony look.