Hi, I am new to Blender. I would want to make something like this . 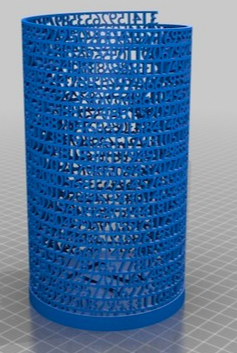 I am trying with text on curve, and then using the screw modifier, but it takes the whole text and screws it up. How do I achieve something like this? It could be viewed at thingiverse dot com /thing:271769

i would think the best way to achieve that would be to use the curve > spirals addon and then use the text on curve technique you were using. good luck!

ok tried it out. spirals addon is the way to go, but don’t use the text on curve function on the curve panel, instead, use the curve modifier. You’ll have to change the twist setting of the spiral to be z-up and rotate the text so it’s standing up.

I was able to create a test pretty quickly with that technique: 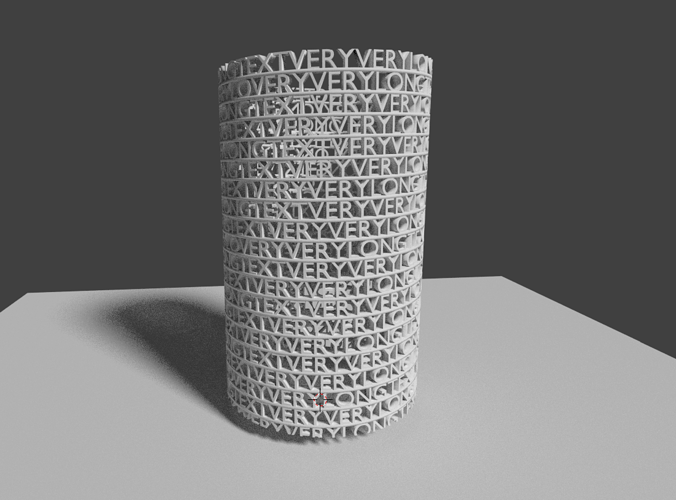 Are you talking about the “Add Curve: Extra Objects” addon? I created a spiral of type ‘archemedian’ and obtained the desired height by changing the “turns” parameter. After adding the curve modifier to the text, I got something like this 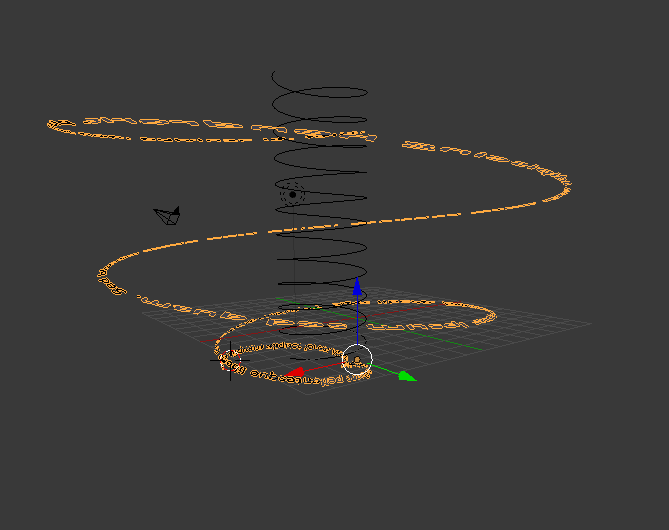 any updates? Bumping this thread up.

i tried it and i am unable to create a base for the text. I tried a bunch of things including :

Any help here is highly appreciated