So, I am Recreating a scene from a game, and I need to make a background, of which I have minimal knowledge. Here is an image. 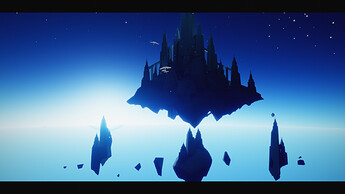 Reference1920×1080 257 KB
As you can see, I need to create 2 layers, a light bottom layer and a dark upper layer crossed by a glaring sun. (the stars are going to be scatter objects, but if you have any ideas on how to make them as a background, that would help.) everything is fine except the glaring sun. I have attempted to use gradients and scale and tried to sub with an actual recolored sun texture, but have had no luck. I also don’t know how to make a blur effect that is also there.
you know anything that I don’t, please leave your ideas.
LordoftheFleas November 25, 2021, 7:55pm #2

The blur effect you create in Eevee by activating bloom and in Cycles by post-processing:

It is not quite what you want but could give you ideas, it would be hard to get it “exact”. 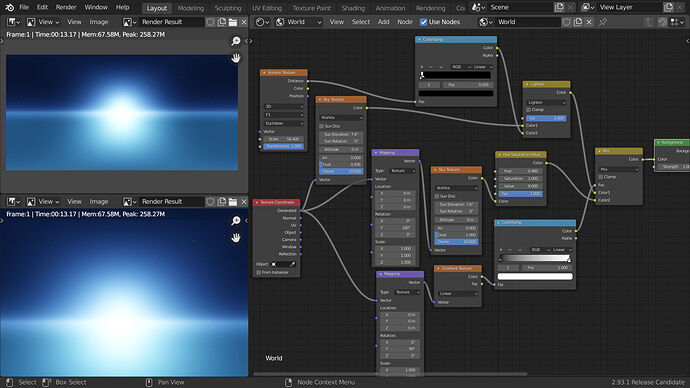 Then I used the exr as the environment in another file (that way it will work in eevee), with Suzanne in the scene to see how it lights.
I moved the hdri a bit with the mapping node. I also added a lightpath node to control the darkness of the visual hdri and the amount of light it casts separately. 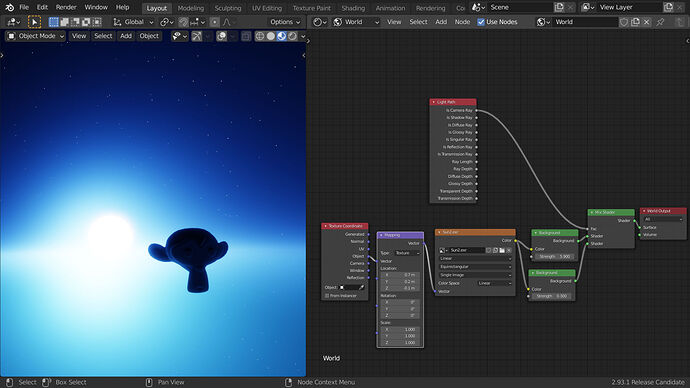 I gave the eevee render settings a bit of bloom, and colour management high contrast.

Here are the files if you want to take a look. You will have to render out the first file to save the exr to use in the second files world environment node.
SkyHdri.blend (103.7 KB)
skyhdri2.blend (159.0 KB)

It has been fun!

Edit I turned down the “visible” hdri a bit to make the sun disk more noticeable.

Edit2 I just realised I left stars on the lower half! 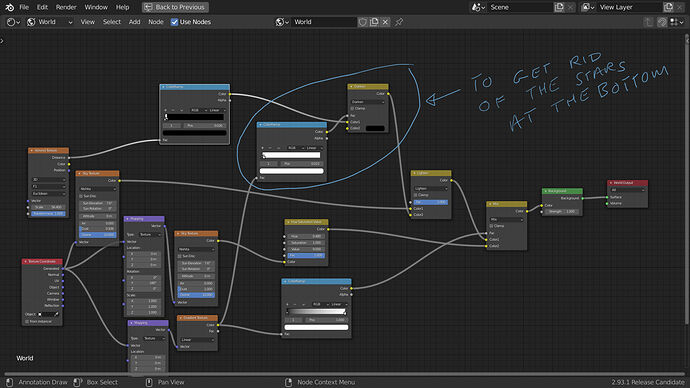 Hey, Thank you so much for an in-depth reply. It’s people like you who make the blender community the absolute best.

thanks for the watch, but it isn’t exactly what I need. thank you for actually trying to help.