Hi everyone. here are some screens from a character I’m working on. It is NOT intended to be photorealistic all, but I’m going for a sort of…uh… cartoony…realistic look. :eyebrowlift2: his arms are alittle too straight and his hands too :D, and his right shoe goes through his pants on the second picture.

are you going to leave his eyes white? adding pupils should make him look more human…

Edit: and I love the style!

And the thumb looks a bit off too. I guss it’s possible to hold it like that,
but it’s not very comfortable. :^)

Even though he’s a toon character, I don’t think his neck should connect to his jaw. It will look strange if you animate his mouth later.

I’ve added eye textures to the eyeballs. and I gave the hands a less straight look. Right now I’m working on the walk cycle. 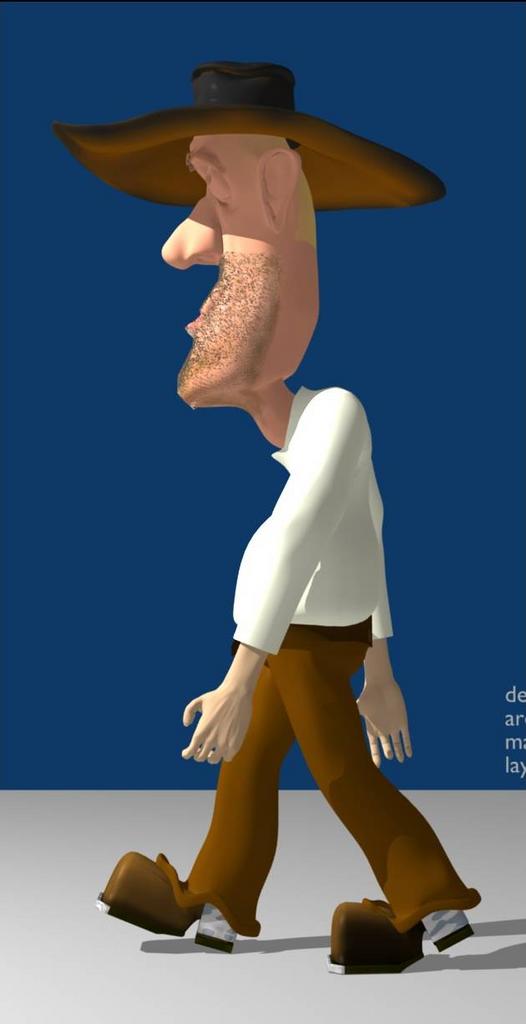 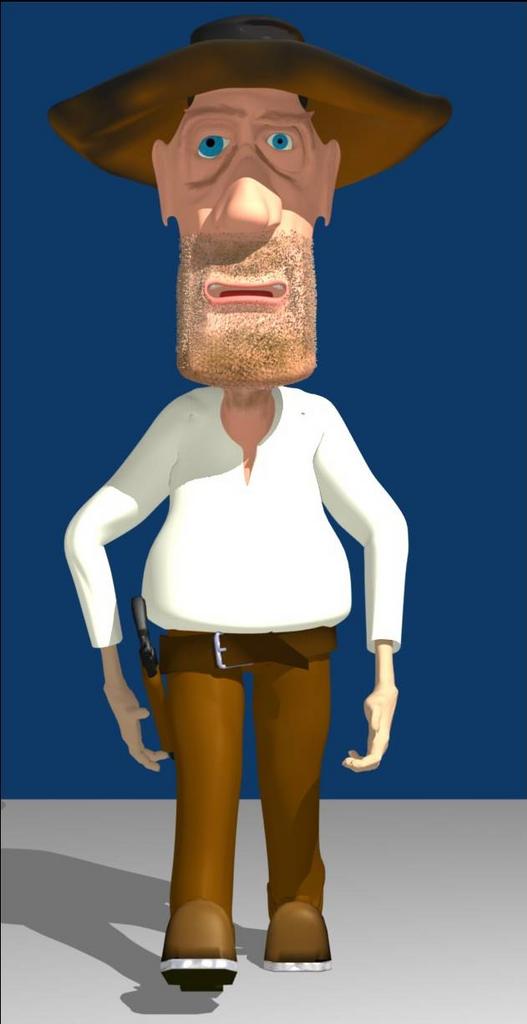 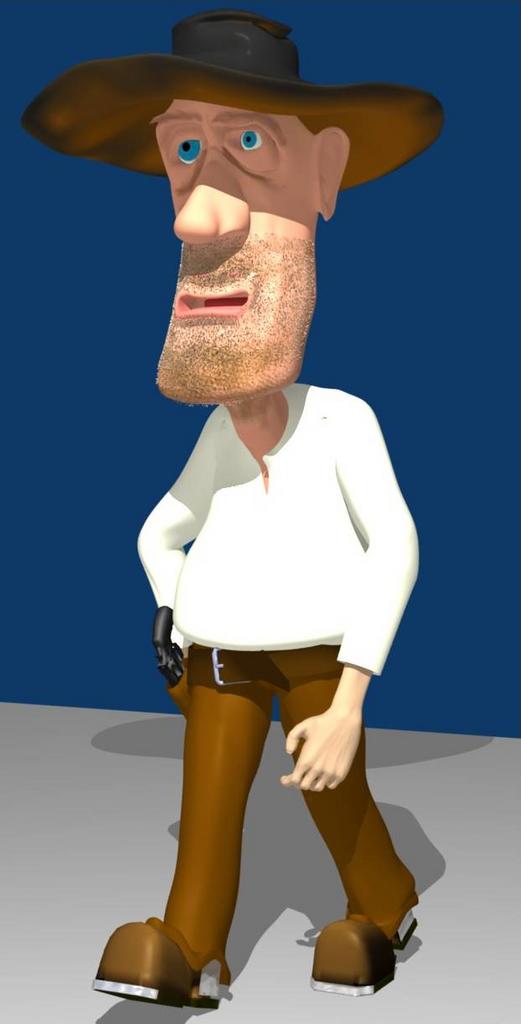 I hear what you’re getting at on the jaw bit. At the moment it deforms quite well. I’ve created quite a couple of shape keys which sorts that out. Because he’s a western style character his lips will be doing most of the moving and not so much his jaw… picture Clint eastwood asking if you feel lucky…uh…punk!

He doesn’t really move his jaw at all. It’s almost like he’s biting his teeth while talking.

But I’ll see if I can move his neck up a little. I agree it should perhaps be slightly higher than what it currently is. Thanks for the tip.

Some of the other characters will be having a more moveable jawline though.

The arms look a bit long to me…not sure whether I should keep it that way or shorten it slightly??? + I don’t really know how a gun holster connects to a belt. … not sure if I should connect it… don’t wanna kill my processor during the render. At this stage I just want to focus on doing great animation, not so much accurate modeling.

I love him so far he’ll make a great character

A gun holster generally just has a strap looped around the belt to hold it on. I love the pot belly and exaggerated jaw, those really help him as a character

I take a writing class, and just recently we were learning how to create characters, which I think can be applied here. The idea is to exaggerate different features of the character, like if they have a wart put it somewhere noticeable and make it extra large. And if he’s got cold, evil eyes, make them extremely cold, evil black eyes. And another thing is their attitude, which will show if you’re going to do a serious animation with him. Like, going to evil again, obviosuly an easy one is if he’s evil then he should wear black clothes, or maybe if he’s lazy easy going he can have a pot belly which he already has, the stubble of a beard helps that I think, and maybe giving him looser more comfortable looking clothes. (If you were to make him seem lazy or easy going I mean.) These are just ideas in case you’re going to to something really serious with him animation wise, I think that would help the animation a lot

@lipton_lover: Thanks! That sounds like great advice. I’ll most definitely take it into consideration… I’m not sure what would be nice clothes (loose). I suppose I can make the bottom part of the shirt, near the hand, a bit wider and give the shirt a bit of dirt on it as well

Great character! Have you tried a render with “Edge” turned on?